Chuck Hayworth apologized on Facebook for his poor performance. 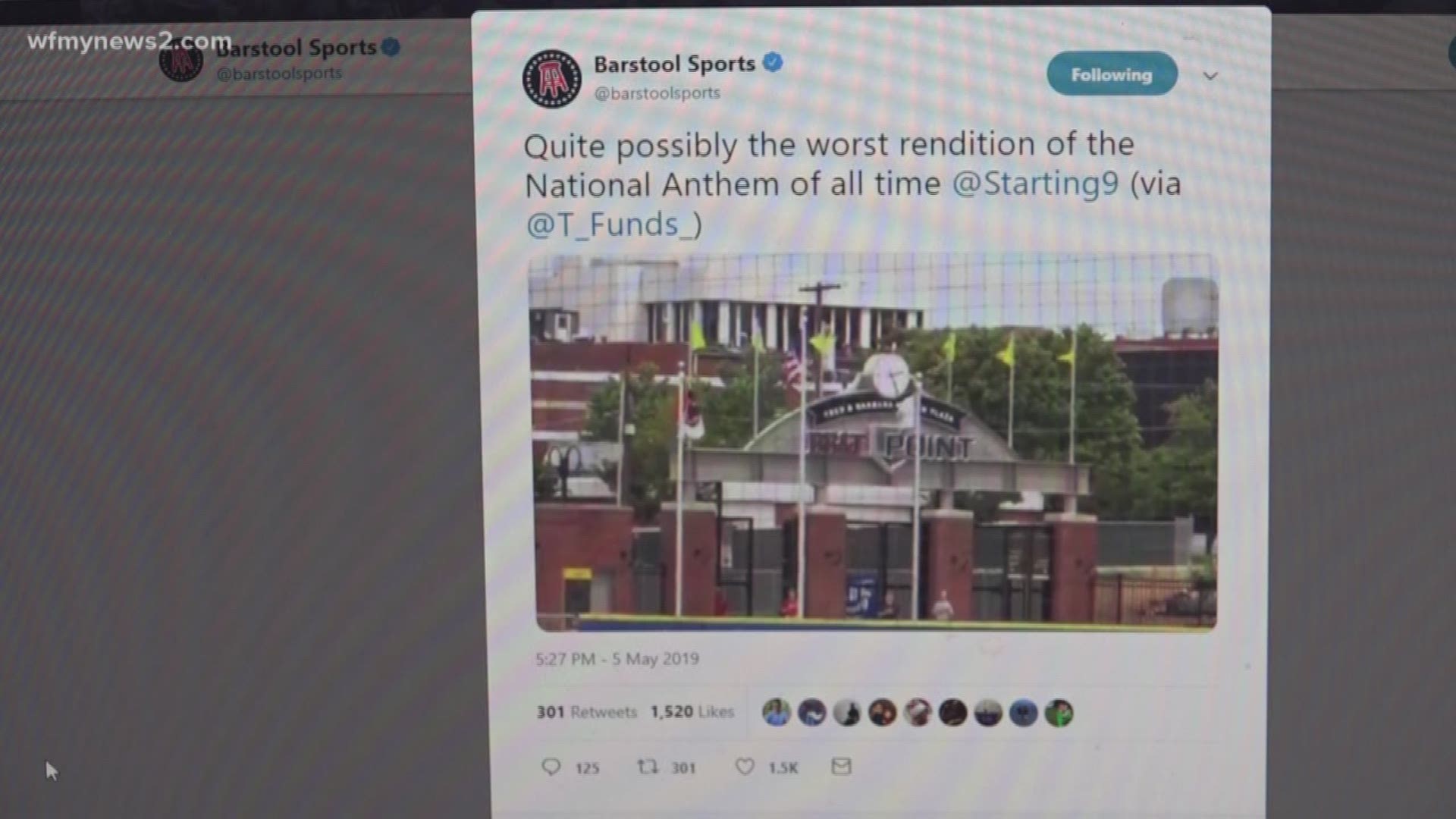 HIGH POINT, N.C. — A Triad man is going viral for his rendition of the National Anthem at Sunday's High Point Rockers home game.

Some are calling it the "worst rendition" of all time, beating out both Roseanne Barr and Fergie for the title.

Barstool Sports' video has been viewed at least 1.7 million times, if you combine both Instagram and Twitter views.

In the video, Chuck Hayworth is seen messing up the words. At one point, he asks the crowd to chime in.

Hayworth apologized on Facebook for his poor performance after the fact writing, "To all who attended the game today, my sincerest apologies."

Hayworth went on to explain the singer who was supposed to sing couldn't make it, and he stepped in last minute. During the performance, he says his leg cramped.

Hayworth asked for privacy Monday, declining to participate in an interview.

"The High Point Rockers had a last-minute fill-in for their National Anthem singer who fell ill. The performer volunteered to fill-in on short notice following a last-minute audition. Unfortunately, due to a combination of factors, the rendition was not up to organizational standards. The High Point Rockers regret the incident and apologize to any and all Americans. The Rockers also believe that second chances are uniquely American and thus are offering that opportunity to the performer. Since Sunday night, numerous voice coaches have reached out to the performer and the organization, offering their services to help redeem the last-minute performer. As a result, the team will strongly consider having the performer back later in the 2019 season, based upon a consensus opinion of the voice coach, organization and performer. Any update will be released at a later date."