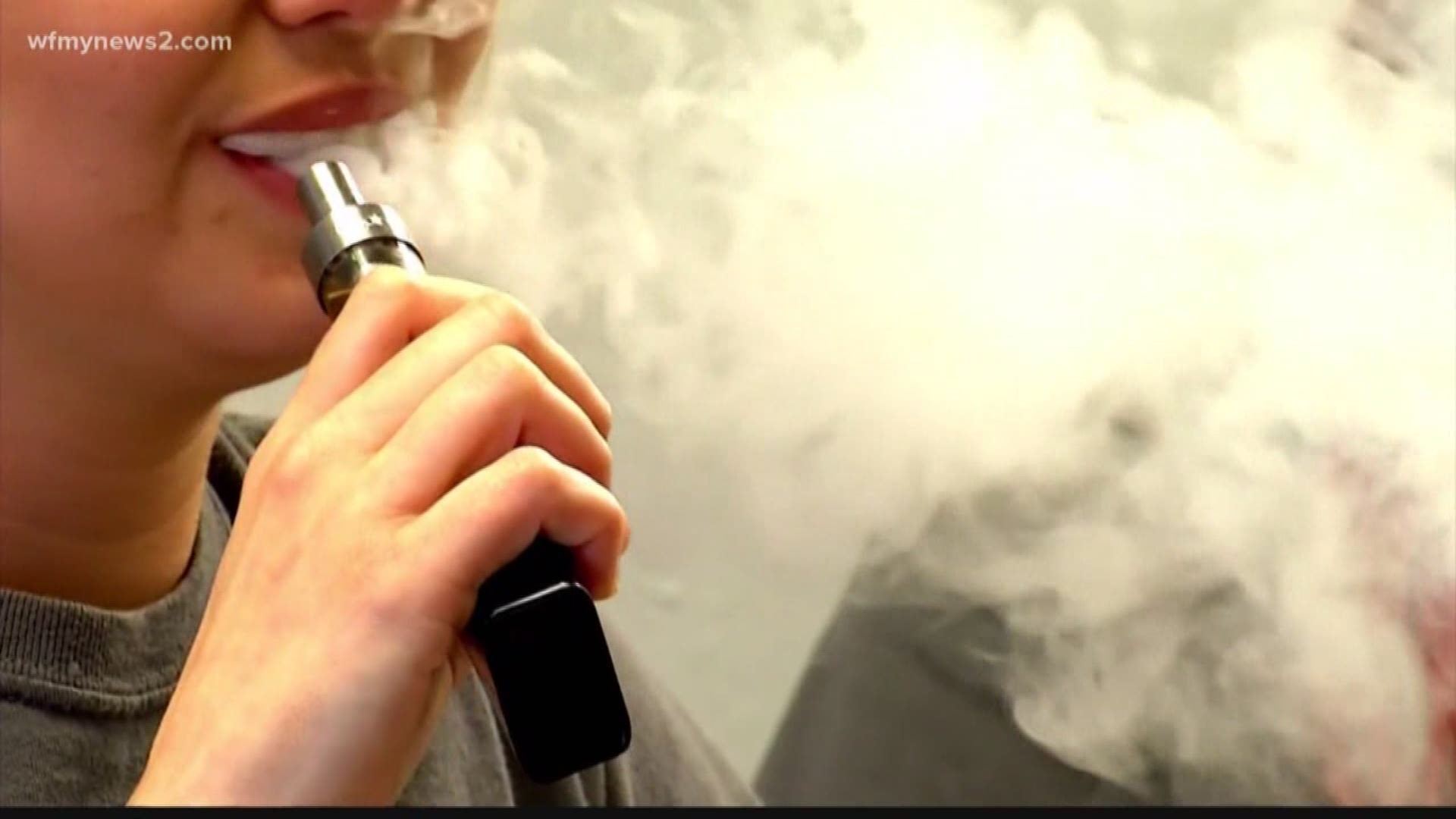 The CDC knows of nearly 1,100 illnesses nationwide. There have been 24 deaths linked to vaping including one in Greensboro last month.

Some states have banned flavored e-cigarettes because of the growing concerns.

Triad vape businesses fear the ban could come to North Carolina, and say the vaping industry is being unfairly targeted in the vaping epidemic.

"I believe a lot of the people that are going to the hospital are not saying truthfully what they are vaping because they are scared of either parents are doctors," Amy Brunk, manager of A &D Vapor in Greensboro said.

"People are believing it's flavors that are causing the lung damage people to get sick it's actually THC cartridges," Brunk said.

The CDC said many people who reported getting sick vaped THC.

Brunk is worried North Carolina could be next.

"We are definitely worried about a flavor ban that would put us out of business," Brunk said.

Brunk said she's seen an uptick in sales since talks of bans.

"I think that people are stocking up in case there is a flavor ban," Brunk said.

President Trump is considering a federal ban on all flavored e-cigarettes.

Meantime, the CDC is still investigating the exact cause of the vaping-related illnesses but said nearly 80-percent of the patients said they used THC.