There are several confederate statues and monuments across the Triad -- most are meant to commemorate fallen soldiers who fought in the civil war. 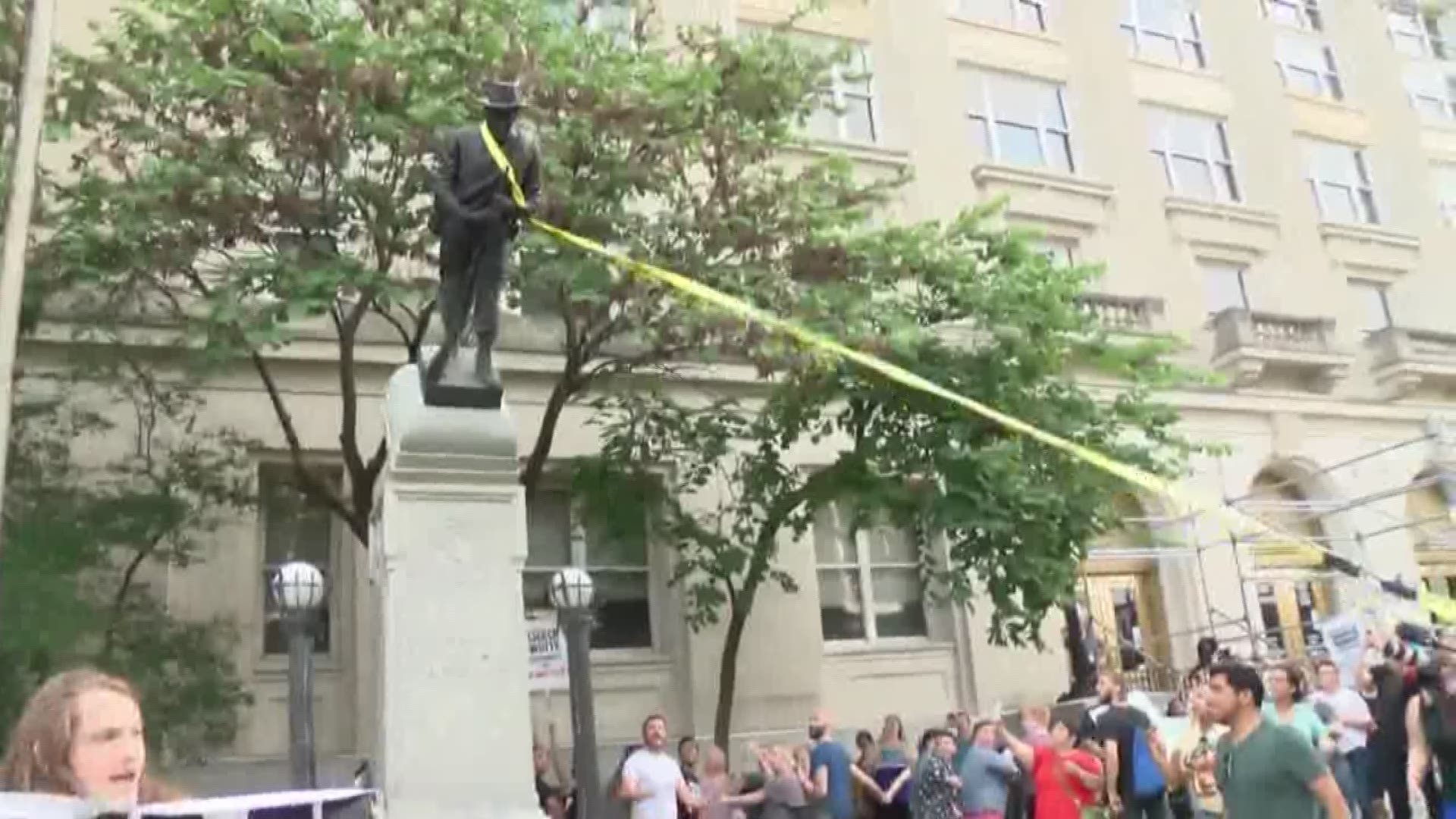 GREENSBORO, NC – The debate over confederate monuments is heating up in North Carolina.

In a blog post on Tuesday, Governor Roy Cooper said he wants to remove all confederate monuments - and put them in museums to prevent more protests.

Cooper’s call to remove the statues comes following the unrest in Charlottesville last weekend followed by the forceful removal of a confederate statue by protestors in Durham on Monday.

There are several confederate statues and monuments across the Triad.

Dr. Mark Elliott, a history professor at UNCG, says most are meant to commemorate fallen soldiers who fought in the civil war.

But Elliott says it's the placement of those monuments that's stirring up much of the controversy.

“When they are in a place like a cemetery, that is more appropriate because it's about mourning the loss of so many people who died,” said Elliott. “When they're in a public place like a state house or a public square, more people are apt to be angry about that and reject that."

Elliott says the history of the Civil War has become a flash point of the political conflicts of today - evidenced by a pair of underwear that someone threw on the confederate statue at Green Hill Cemetery in Greensboro.

1 / 6
Underwear was found hanging from a Confederate statue at the Green Hill Cemetery in Greensboro.

Elliott says most confederate monuments were put up in the late 1800s and early 1900s and a lot has changed since then.

"It's a very different world than what it was during the era of Jim Crow segregation,” said Elliott. “I think this has become even more ideological in recent years. Academics have taught one thing but it goes against what people learn out there in popular culture."

Governor Cooper said our Civil War history is important, but he says it belongs in textbooks and museums.

He  has a 3 step plan to remove the statues.

He said the state legislature must repeal a 2015 law that prevents removal or relocation of monuments.

Cooper is also requesting that the state determine the cost and logistics of removing Confederate monuments and placing them at museums or historical sites.

Cooper also came out against a bill that grants immunity from liability to drivers who strike protestors.