At the end of Cameron Ave in Winston-Salem, you'll find five picturesque brick homes standing side by side. One of them displays a mural of the American flag. 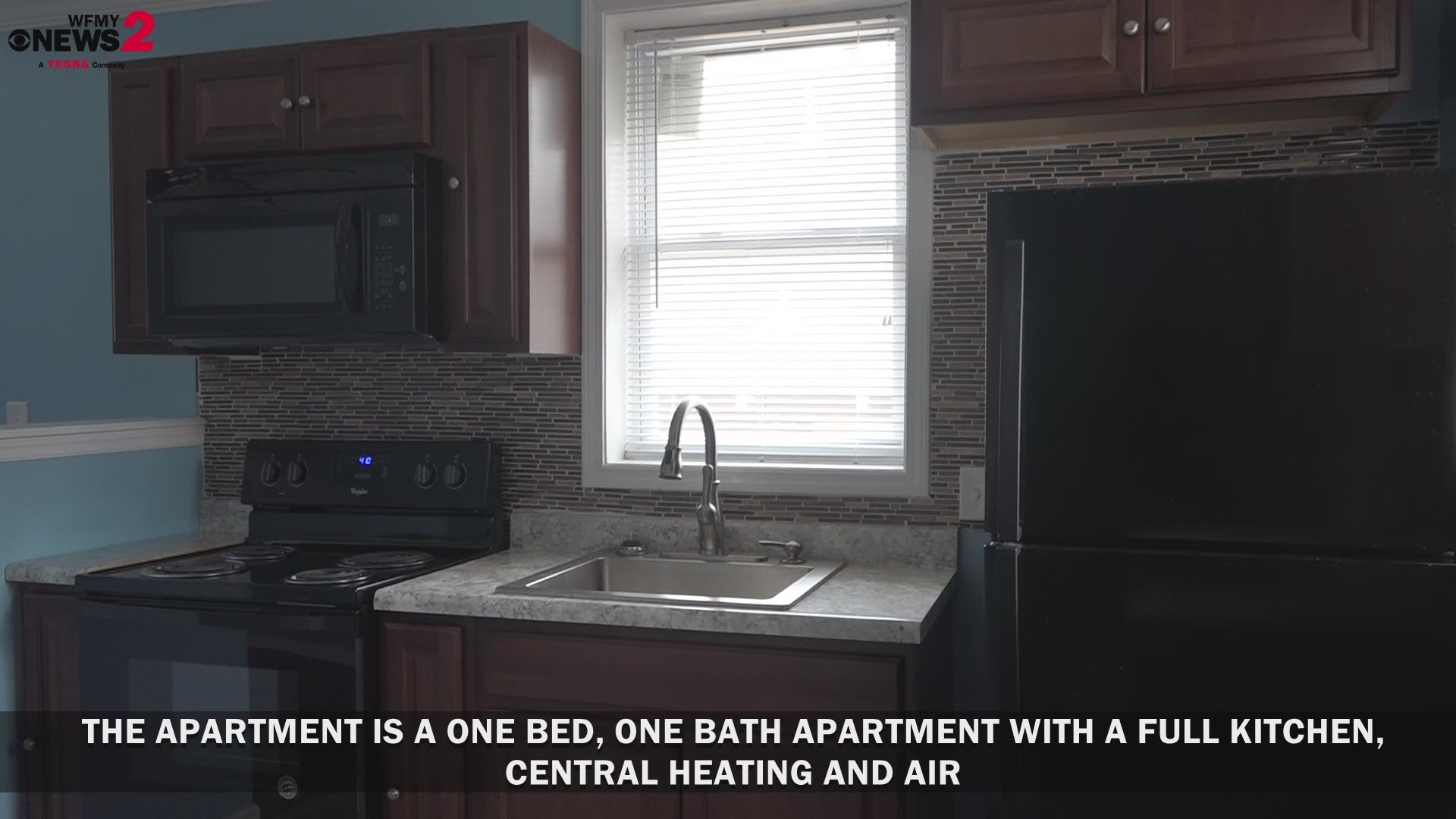 WINSTON-SALEM, N.C. – At the end of Cameron Ave in Winston-Salem, you’ll find five picturesque brick homes standing side by side. One of them displays a mural of the American flag.

Five years ago, those same homes were abandoned and listed for demolition until Bishop Barry Washington, of Whole Man Ministries, decided to give them a second chance.

“When we got here this place was dilapidated, it was ruined,” Washington said. “In fact, it was over 65% damaged and was headed to demolition.”

But the homes weren’t the only ones getting a second chance.

After some rehab, the duplexes were meant to become permanent housing for homeless veterans who apply to live there.

“I looked at the place and said, ‘It has character’ and I saw the same character that I see in our veterans,” Washington explained.

Fast-forward and the most recently finished duplex home will be welcoming its first homeowner mid-February.

1 / 8
At the end of Cameron Ave in Winston-Salem, you'll find five picturesque brick homes standing side by side. One of them displays a mural of the American flag.

PHOTOS: 'Housing 4 Our Heroes' Gives Away Last Unit To Veteran In Need

Mr. Kenneth Weldon joined the military in 1984, when he was 24, and served as a military engineer.

He left the military in 1994, and with that came some personal demons.

“My history is substance abuse, a failed marriage, lack of employment, lack of people being interested enough to want and share conversation” Weldon shared.

“If you talk with a veteran, they’re willing to open up themselves, you’d be able to help them,” he added.

And that’s exactly what Washington and his ministry unintentionally did back in 2013.

During the holidays, Whole Man Ministries volunteers at Samaritan Ministries providing meals and entertainment for the homeless.

“On this particular night I was there, I was playing chess with the guys, and I noticed each person that I sat with to play chess was a veteran,” Washington said.

They all shared their stories of how they got to where they were and Washington thought he had to do something about it.

“Initially I just wanted to find one house and maybe provide four bedrooms and do what you call a transitional project,” the pastor said.

But during his search for a house, he came across the old development of 5 duplexes.

According to Washington, the rehabilitation of each duplex costs about $135,000, for which the ministry took out a loan.

Weldon's new home is a completely renovated one bedroom, one bathroom apartment with central heat and central air and basic appliances that will cost him just a little over $400 a month.

Washington also says the rehab the duplexes went through was possible thanks to a community effort.

“We had a number of organizations, a number of businesses that came out and said ‘We wanna help!”

Washington encourages the community to stay engaged and keep fighting for those who have fought for our freedom, especially those most in need.

If you’d like to donate or volunteer with Whole Man Ministries to support their 'Housing 4 Our Heroes' project, you can call 336-785-2080 or email pastorashington@wholemanministries.com