Volunteer Firefighter Shortage Isn't Just a Problem in the Triad, It's a Problem Across the State

Whether it's a raging house fire, a bad car crash, or a medical emergency - firefighters are on the front lines saving lives. But, there's a shortage in the number of volunteers signing up. 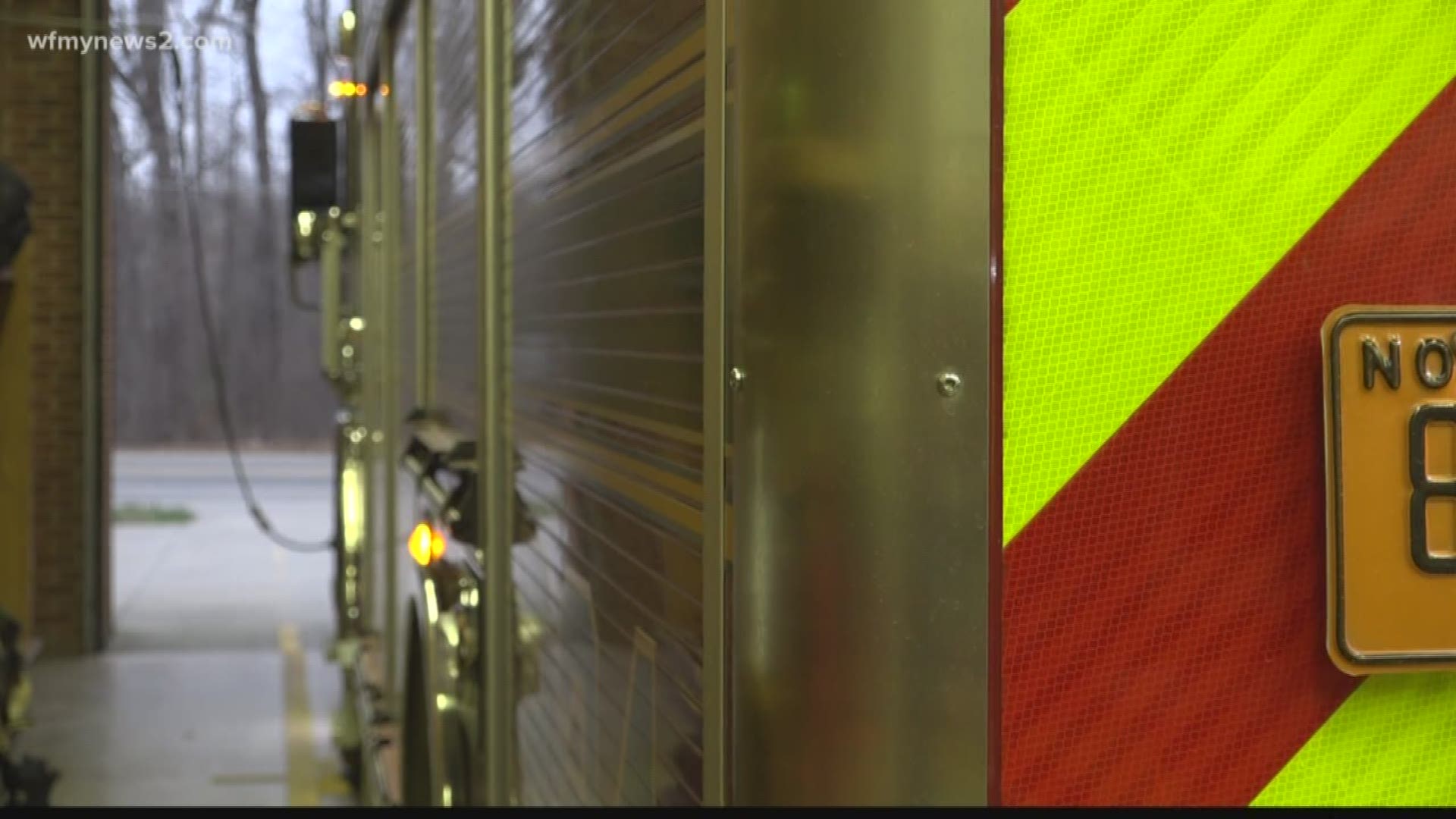 Whether it's a raging house fire, a bad car crash, or a medical emergency -firefighters are on the front lines saving lives. But there's a shortage of firefighters, especially volunteers. It's a problem gripping most parts of the state, including Guilford County.

One minute, it's a quiet fire station. The next, firefighters are springing into action, throwing on boots and overalls, jumping into the engine, and taking off.

"We were originated as an all volunteer fire department. Over the years, on the national scale, volunteer staff as a whole has declined," said Division Chief Derek Carson with the Pinecroft-Sedgefield Fire Department.

Decades ago, many stations just like his were solely staffed by volunteer firefighters from the community.

"We’ve had a lot more, probably three times the number of volunteers that we currently have, but like I said nationally that trend has declined. And we’ve seen the impacts locally," Carson said.

His station and the Pleasant Garden Fire Department - a couple fire districts away - like many stations, are staffed by both paid firefighters, and volunteers. It's what's called a "combination station." Over time, these stations needed to add more paid positions to make up for the loss of volunteers.

"Volunteers are the hardest to recruit. Just because of the time that they've got a put in and the restraints on them - like the training requirements," said the Pleasant Garden Fire Chief, Chad Garrett, "Two people or three people cannot do the job, so we rely heavily on volunteers and our mutual aid companies to bring their people in to assist us on fires and bad car wrecks."

Firefighters say in the past, more people could leave their nine-to-five jobs to go on a call if they were a volunteer, but things have shifted away from that. Plus, the same kind of training is required for both paid firefighters and volunteers. They believe those are a couple of the reasons why there's such a big decline in people signing up, and sticking with it.

This week, the state's Association of Fire Chiefs put out a Public Service Announcement to try and recruit more volunteers during the shortage.

"I didn't have any desire to do this as anything paid. I just enjoyed being over here," said Pleasant Garden Fire Volunteer Reid Townsend.

He's volunteered for 43 years, and says he wouldn't trade it for the world.

"You’ve got to dedicate yourself to it. We can’t do that for you. We can show you and we can teach you and do everything, but you’ve got to have that drive to say yes I’d like to do that," he said, "It is very difficult, you get folks that are interested and they come and show up some, and then they find out that this is real world. It’s not fun and games. When we go out on a fire call it serious."

Guilford County firefighters also say even filling paid positions can be difficult, but they use tools like social media, and junior firefighter programs to get people interested in the career.