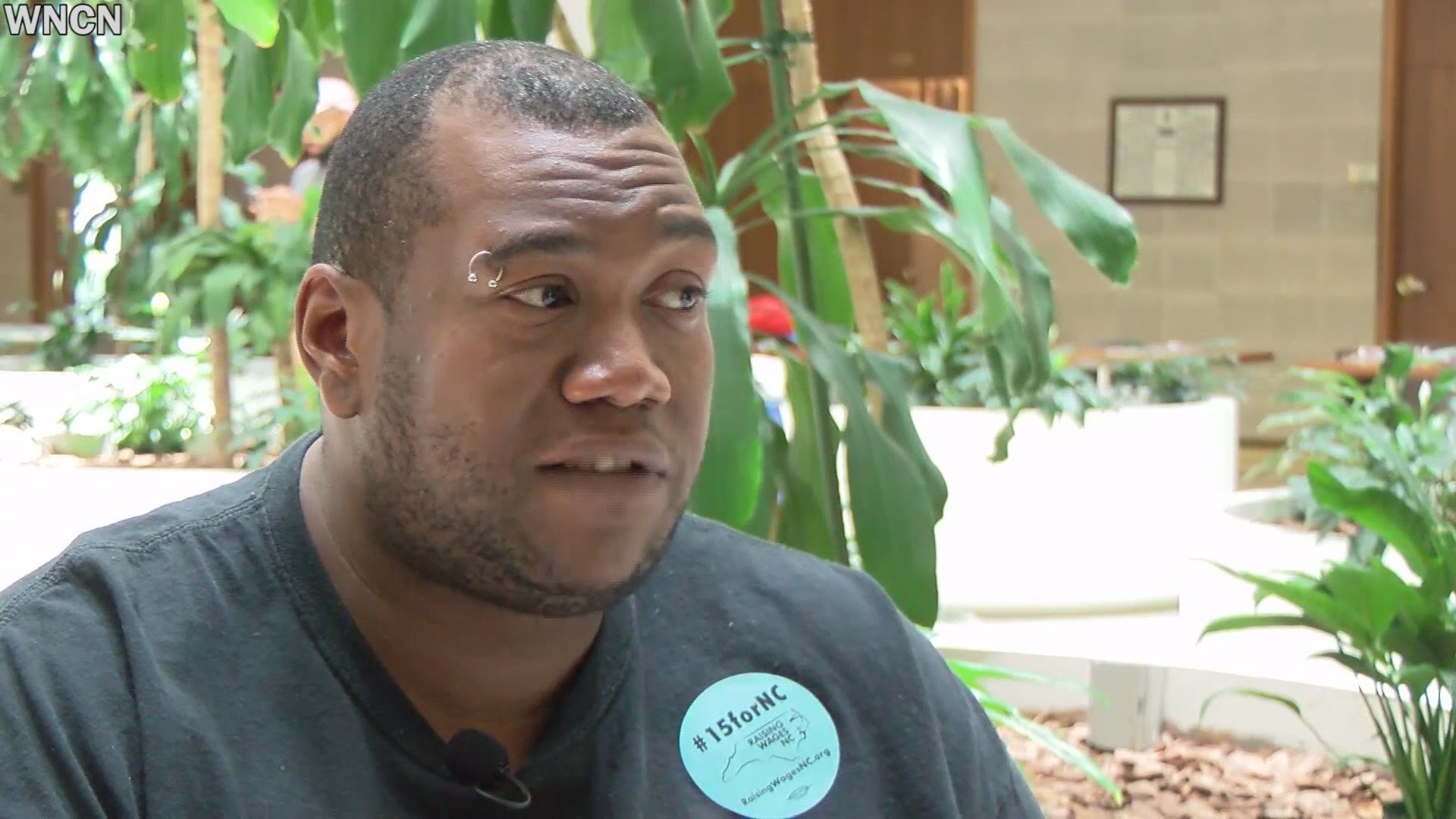 RALEIGH, NC (WNCN) - The way Jeremiah Jaynes describes it, the choices he has to make are too difficult.

Making about $10 per hour as a cook, he says some months he can’t pay all his bills.

“It’s impossible. Without a partner or a roommate, I don’t make it,” he said. “It’s very frustrating. We’re being forgotten.”

RELATED | What Would Happen Actually Happen If The Minimum Wage is Raised?

He joined several other people in Raleigh Tuesday to call on state lawmakers to increase the state’s minimum wage to $15 per hour. It’s currently the same as the federal minimum wage, which is $7.25 per hour.

“Fifteen dollars (an hour) really is the minimum livable wage you can earn in the Triangle and here in North Carolina. It really deserves to be more over time,” said Sen. Floyd McKissick (D-Durham).

The push for a $15 minimum wage in North Carolina is part of a nationwide campaign to increase the minimum wage.

RELATED | These 18 states are raising the minimum wage in 2018

“I don’t think it’s the place of the General Assembly or of Congress or the President or anybody to figure out what should be a minimum wage and what shouldn’t be a minimum wage. We need to pay people what they’re worth,” said Donald Bryson, president of the conservative Civitas Institute. “It should be employers and employees making that decision with themselves and not any sort of government mandate.”

A report last year by the nonprofit Economic Policy Institute found that raising the minimum wage to $15 per hour by 2024 would directly affect nearly 1.1 million workers in North Carolina, with an additional 605,000 being indirectly affected. That accounts for about 39 percent of the state’s workforce.

Republican leaders in the state House and Senate are not backing the calls to increase the minimum wage.

The call to increase the minimum wage comes as major companies like Apple and Amazon are considering coming to the region and bringing thousands of high-paying jobs. Economists say these major projects could help drive home prices higher. That’s something that worries Earl Bradley, a manager at Wendy’s in Durham who makes $9.25 per hour.