The explosion at the West Fertilizer Plant in West, Texas has become the ATF's largest scene investigation in history. 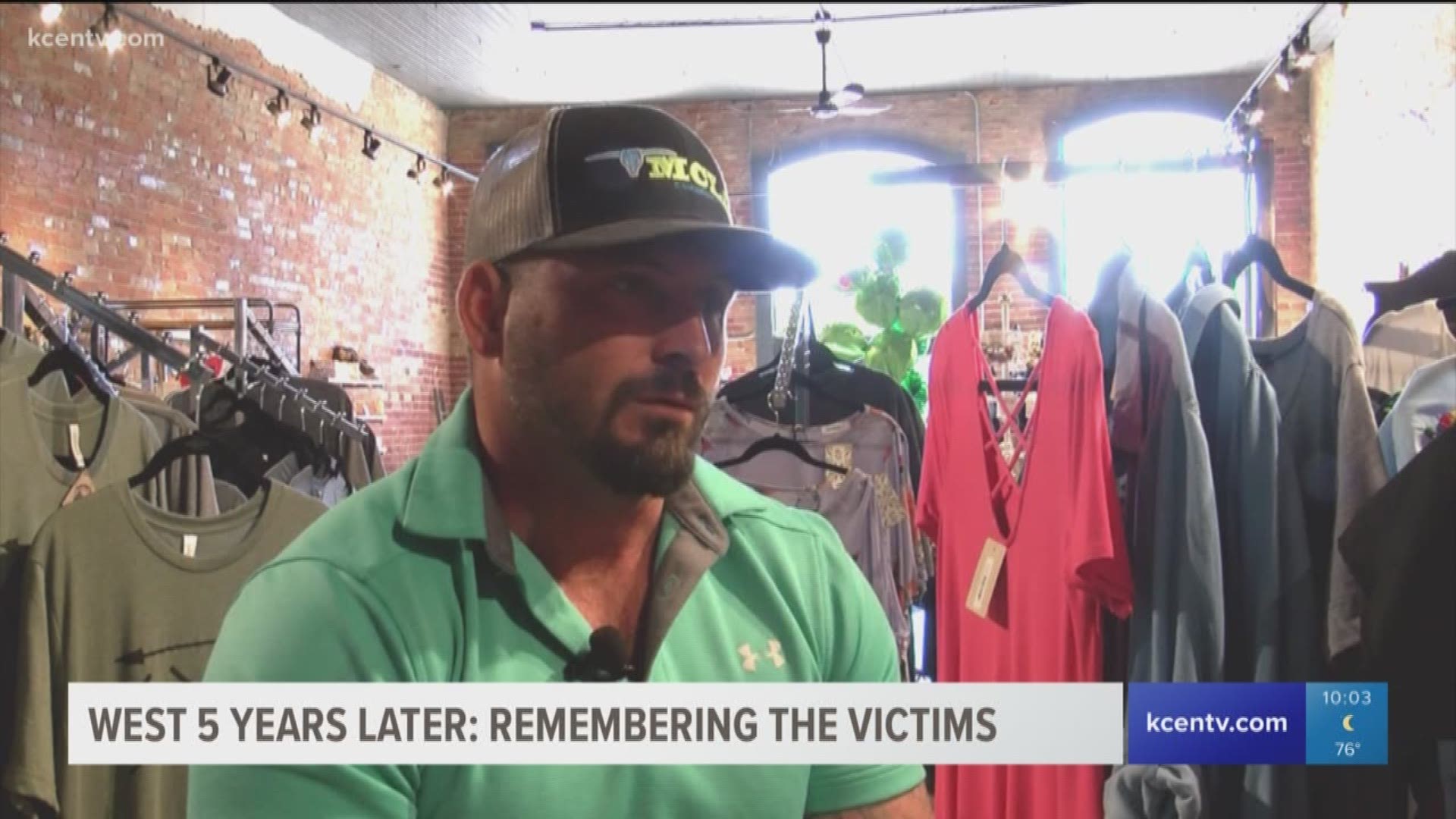 WEST, TEXAS — Tuesday marks five years since an intentionally-set fire caused an explosion at the West Fertilizer Company in the small town of West, TX, killing 15 people, injuring more than 260 and damaging hundreds of homes.

The facility exploded at 7:51 p.m. CST -- roughly 20 minutes after the fire was first reported to emergency dispatchers. Firefighters from a handful of Central Texas volunteer fire departments had already responded to the initial fire when the building exploded. Twelve first responders were among those killed.

1 / 11
Erich Schlegel
WEST, TX - APRIL 18: A railroad boxcar filled with ammonium nitrate lays on its side near to the remains of the fertilizer plant that exploded on April 17, 2013 in West, Texas. (Photo by Erich Schlegel/Getty Images)

At the time of the tragedy, the plant -- which supplied ranchers and farmers with chemicals to help grow crops like corn, wheat and hay -- was storing 40 to 60 tons of fertilizer grade ammonium nitrate. The explosion destroyed two schools, a 22-unit apartment complex and a 145-bed nursing home.

The U.S. Chemical Safety and Hazard Investigation Board concluded the construction of the facility and its lack of an automatic sprinkler system "plausibly contributed" to the detonation that happened after the fire was set. The CSB estimated total insurance-related losses from the explosion to be approximately $230 million. The West Fertilizer Company, which filed for bankruptcy after the blast, was only insured for $1 million.

In the years following the disaster, the CSB found 19 other facilities in Texas were storing more than 10,000 pounds of fertilizer grade ammonium nitrate within a half-mile of locations like schools, hospitals and nursing homes -- leading to concerns a tragedy of this scale could happen again.

History of the West Fertilizer Company

As the small city grew, schools, homes and apartments were built near the plant. A park was constructed less than 150 feet from the fertilizer facility.

The plant was actually two businesses owned by the same family. Adair Grain, Inc. bought and sold grain, while the West Fertilizer Company sold fertilizer, farm-related chemicals and some basic farm equipment, according to the CSB.

The plant's products were not made in West. The workers mixed and sold fertilizer components and other pure products like that fertilizer grade ammonium nitrate.

In 2006, the Environmental Protection Agency fined the facility for its lack of a satisfactory risk management plan related to its storage of hazardous materials. But, the EPA was satisfied in 2011 after changes were made at the site and a plan was filed. Ironically, that safety plan reportedly said there was no risk of an explosion at the facility.

Explore the Rubble Using the Map Below

A West police officer on routine patrol smelled smoke while driving through the nearby park in 2013. Around the same time, a resident told him there was smoke coming from the West Fertilizer Company building. The officer contacted dispatch, which sent volunteer firefighters to the scene.

First responders saw flames shooting 40 to 50 feet into the air before the facility exploded.

First responders coordinated two staging areas -- one at the high school football field and the other at the community center.

Two of the victims who died lived at the nearby apartment complex, another lived at the nursing home and the other 12 were emergency responders. The Waco-McLennan County Public Health District's findings said more than 260 additional people were injured. Most were treated at area medical facilities.

“We lost a lot of good men that day," Matus' son Dustin said.

When the fire broke out at the fertilizer plant, Dustin sat with his wife just a few hundred yards away as it burned. His father went to help.

Then, in a matter of moments, everything changed.

“It just shot the panes of glass through my laundry room door," Dustin said. “I looked across the field and I could see my dad’s truck, and something didn’t just feel right” 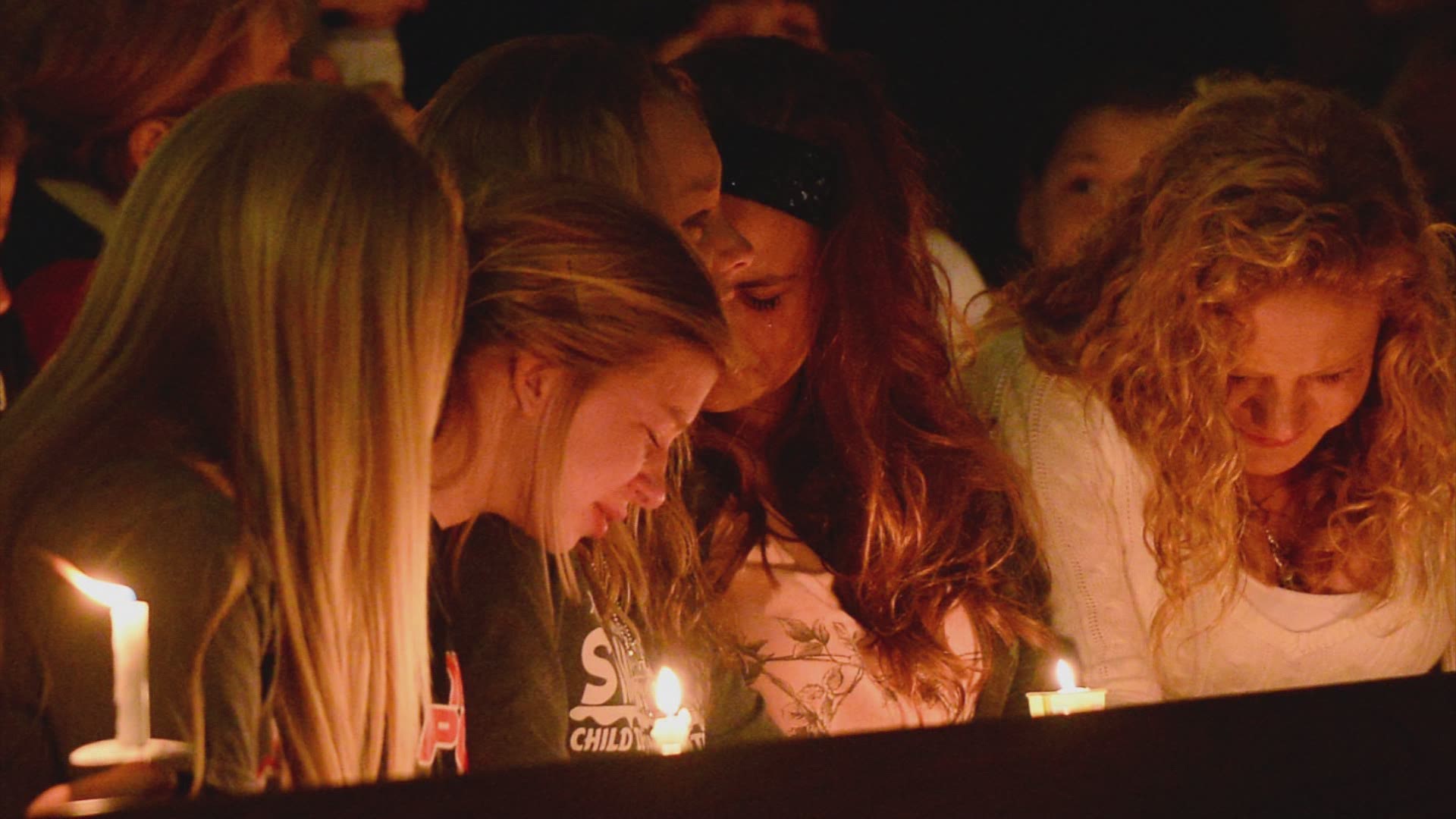 Rhonda and Dane Chapman felt the blast 15 minutes away at their home in Hillsboro, Texas. Their son, Jerry, was a volunteer firefighter with the Abbott Fire Department and among those who died.

“To Jerry, that was life, helping somebody else," Dane said. "That’s all he needed to know, was that somebody needed help.”

Jerry had loaded up his gear to fight a fire in a town he didn't live in, to save people he didn't know, for a department he didn't work for.

“He gave up his life for strangers, but that’s who Jerry was," Dane explained. "So I can remain proud of what he did and still be sad he’s gone.”

The victims' families may have been crushed, but they grew stronger together.

“We have been blessed by people, by relationships as a result of this," Rhonda said. "Would we take Jerry back in a heartbeat? Absolutely.” 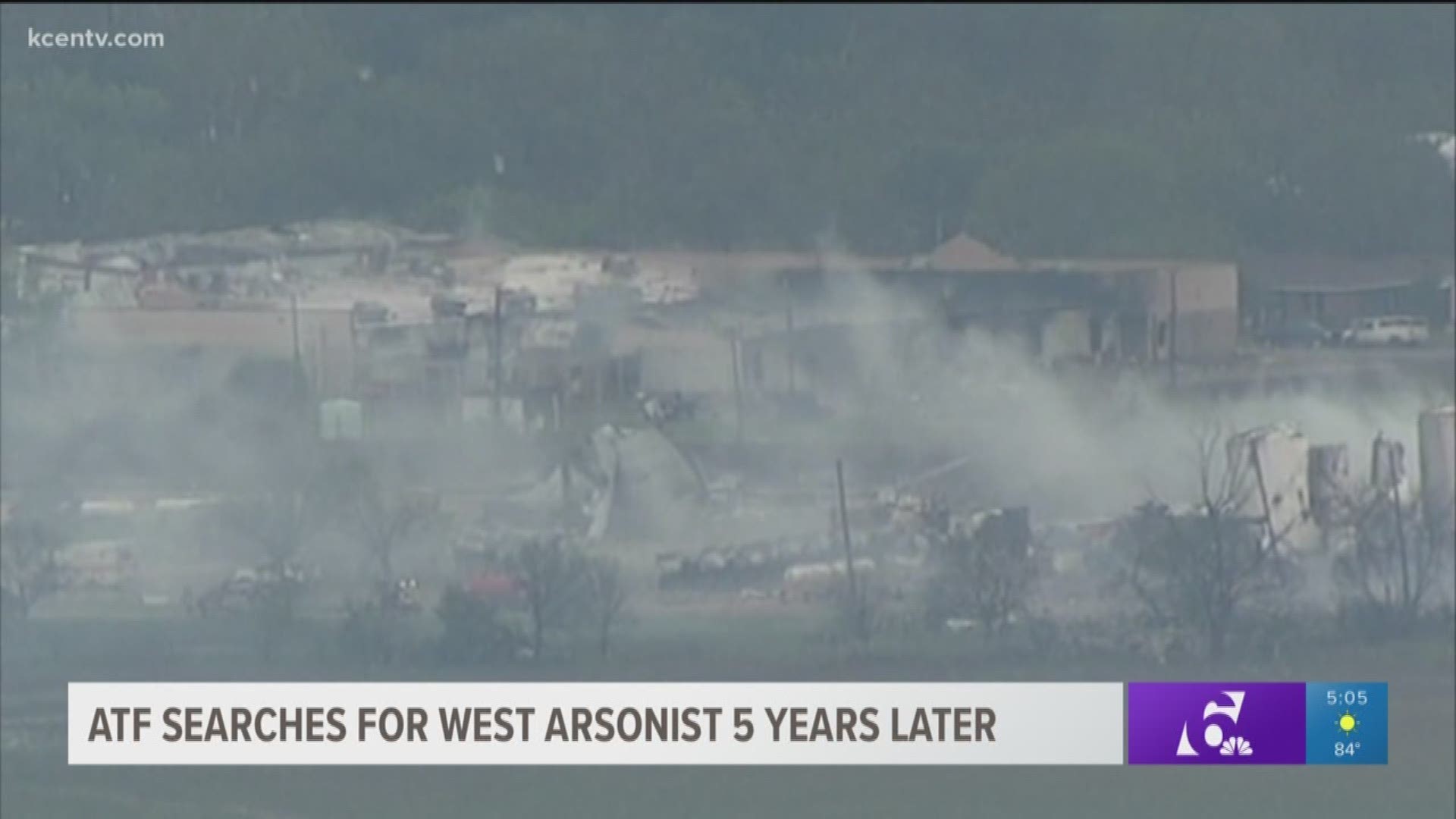 ATF Findings and Status of the Investigation

In 2016, the Bureau of Alcohol, Tobacco, Firearms and Explosives announced the fire that caused the West Fertilizer Plant Explosion was set intentionally, and there was a $50,000 reward for information leading to the arrest of the person or people responsible.

The ATF came to that conclusion after more than 400 interviews and scientific testing at the bureau's Fire Research Laboratory in Maryland.

As of mid-April 2018, no suspects were in custody. The ATF's Houston Field Office, which is leading the investigation, declined to say if it had any suspects. But, Senior Special Agent Nicole Strong said the case was far from cold.

“We can’t go into detail about whether or not we have a suspect, but what I can tell you is there are folks we’re looking at," Strong said.

To date, the ATF has spent more than $2 million on the case -- its largest scene investigation in history. Strong said her investigators stand behind their assertion that the fire was arson, despite some newspaper reports suggesting otherwise.

“Naysayers can certainly have their own opinions, but we stand behind the ruling of this and the way in which we got there by scientific testing," Strong said.

That scientific testing included re-creating portions of the fertilizer facility to-scale. During the investigation, the ATF was able to rule out some potential causes like cigarettes or a faulty golf cart. Strong said her team knows exactly how the arsonist set the blaze, but the bureau does not want to go into specifics publicly, in order to preserve the integrity of the investigation.

“There’s information we need to hold back because the person or persons responsible – there’s only less than a handful of people who probably know what happened," Strong explained. "And, if we put it out in the media, that increases the possibility of getting number one a copycat or number two a false confession."

If caught, the perpetrator will likely face a capital murder trial.

"As a former prosecutor, I would say the biggest challenge in a case like this would be the wide range of evidence and the magnitude of evidence," Legal Analyst Liz Mitchell said. "We’re talking about over 400 witness interviews alone and who knows how many pieces of forensic evidence.”

GOT INFORMATION? Click here to submit an anonymous tip online. You can also call Waco Crime Stoppers at 254-753-4357. 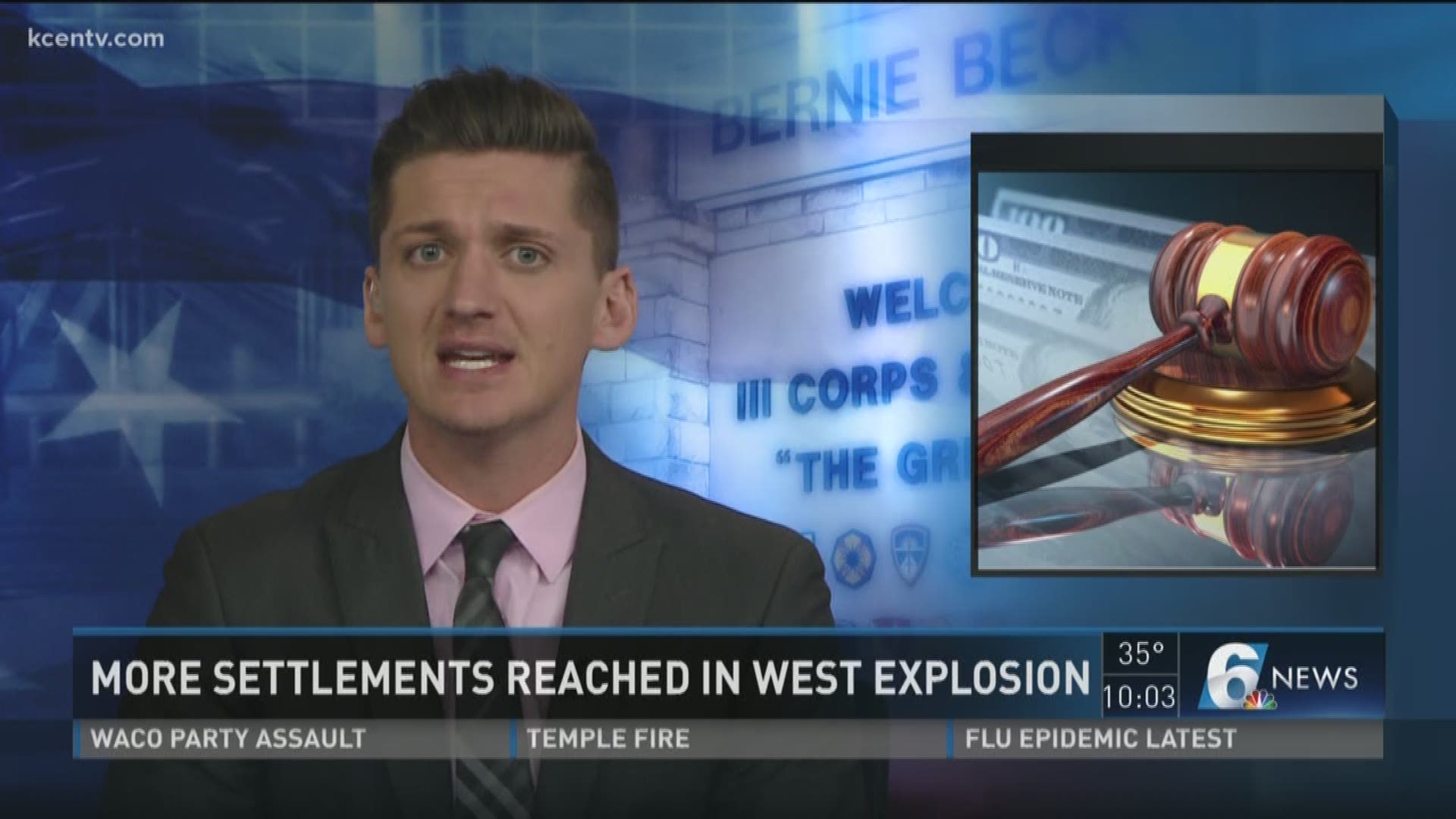 In early 2018, it was announced that the City of West would be paid more than $10 million through settlements from a negligence lawsuit it filed after the explosion.

"I am very satisfied," Mayor Tommy Muska said. "It has been a long time coming."

The city's lawsuit alleged those companies were negligent in selling or distributing the agriculture grade ammonium nitrate involved in the explosion and that the defendants failed to provide proper warnings about the dangers of storing and handling the product. The defendants have always maintained they were not responsible for the April 17, 2013 explosion.

“The resolution brings to a conclusion more than four and a half years of litigation by the City against the fertilizer manufacturers,” Steve Harrison, one of the lawyers representing the city, said in a statement. “This is a very good outcome for the community and we could not be more pleased for the folks of West.”

If the settlement had not been reached, the case would have been heard by a jury. Harrison estimated it might have lasted eight weeks, and appeals could have dragged on for three or four years.

Approximately 100 lawsuits, including one involving the nursing home, have been settled related to the explosion. 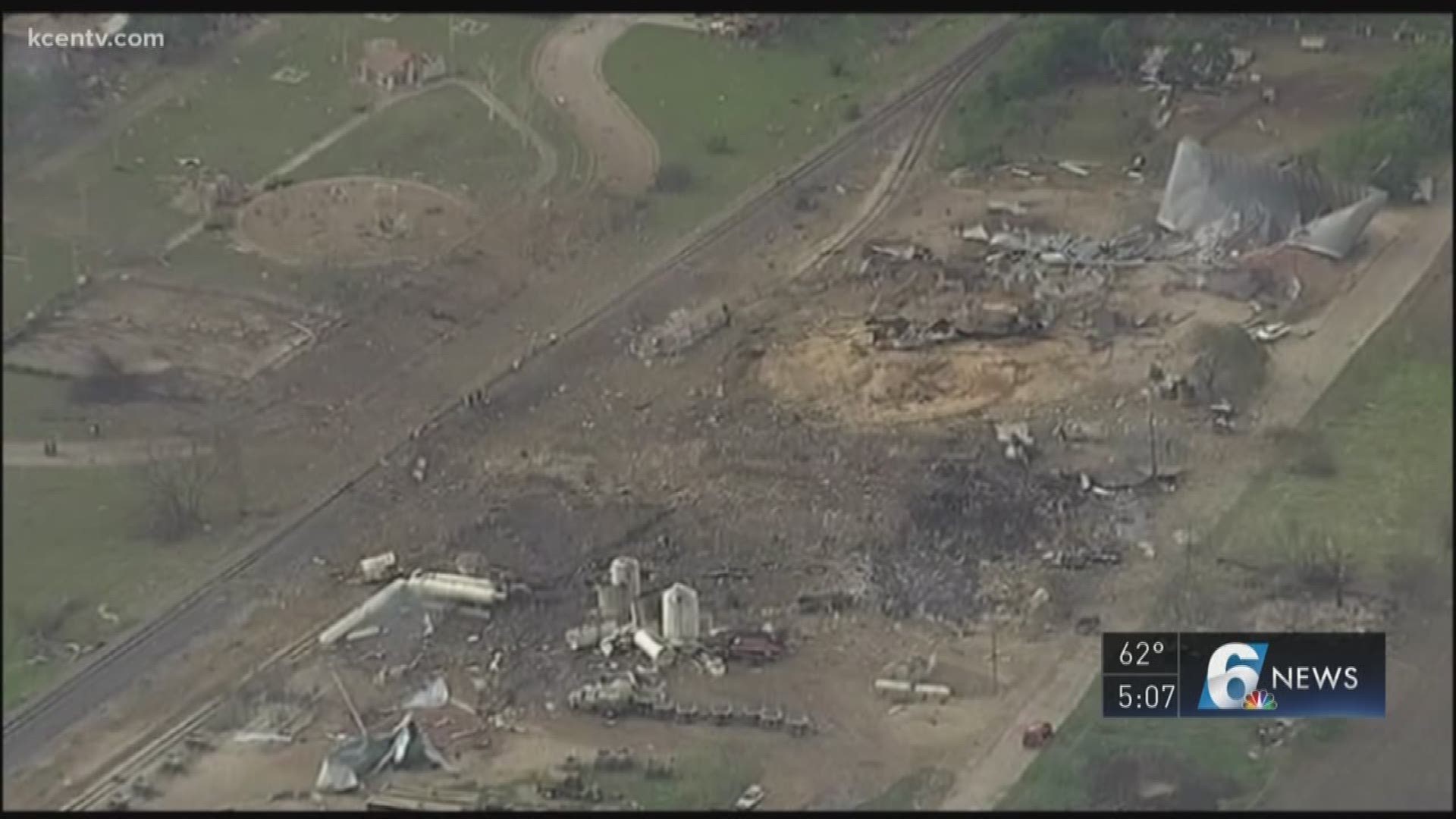 In early April, West ISD celebrated its administration building being rebuilt -- the last of the district's facilities that needed work.

"This is really the capstone. It's the administration building." West ISD Board President Larry Sparks said. "It's a big burden off our shoulders, and now we are really looking towards the future."

In 2016, West ISD reopened a new state-of-the-art facility that houses its new middle and high schools together. Both were destroyed in the blast.

Many homes are also rebuilt. 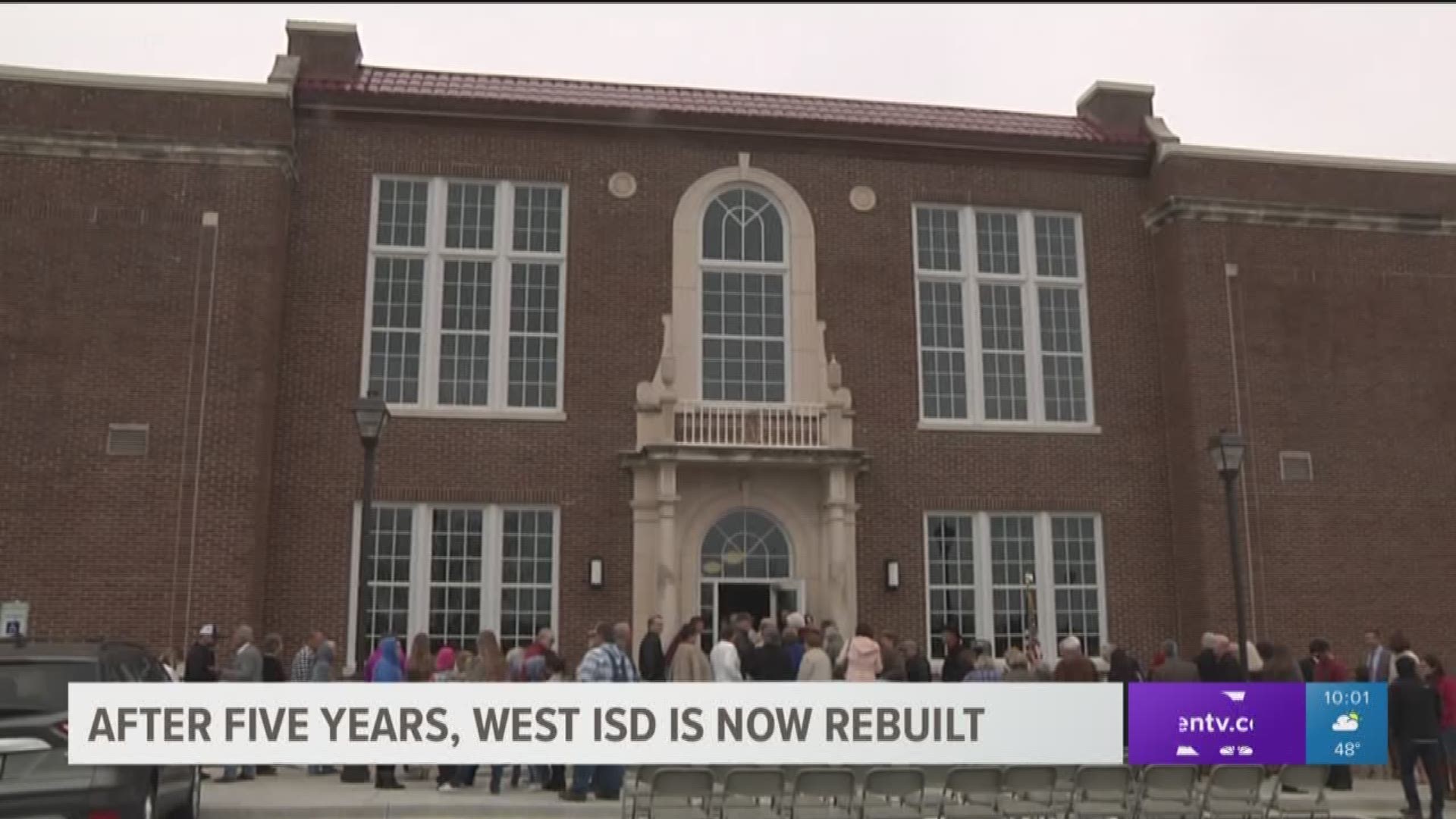 The $170,000 memorial that sits just 100 yards from the blast location was planned to be completed in time for the fifth anniversary, but delays mean it will likely be finished in the summer of 2018.

As of mid-April, most of the landscaping has been completed, and a story wall is finished.

Joe Pustejovsky, whose son Joey -- a volunteer firefighter -- died in the blast, is leading the memorial construction project. Pustejovsky said one of the most time-consuming parts of the project has been engraving the monument, which is one-third completed. He said no matter how long it takes, he wants to get the memorial right.

"For 15 people to die that day is certainly devastating, but it could have been very very worse," Pustejovsky said. "And, I think memorializing these individuals for their efforts that day is very important."

A memorial service will be held in the auditorium at West High School at 7 p.m. on Tuesday. 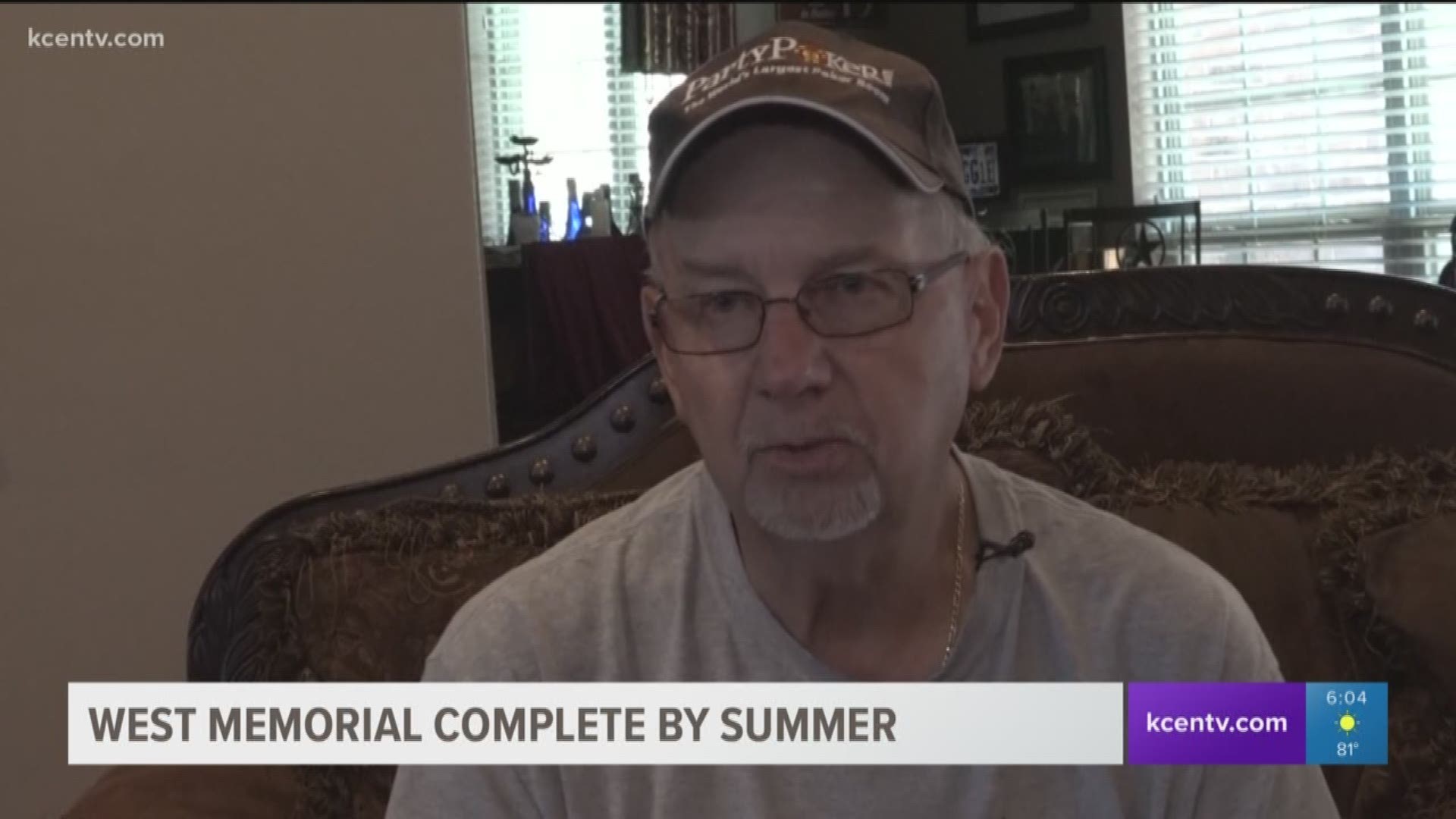