Bezos' Blue Origin gets OK to send him, 3 others to space

It will be the first launch with passengers for Blue Origin, which like Richard Branson's Virgin Galactic plans to start flying paying customers in the months ahead. 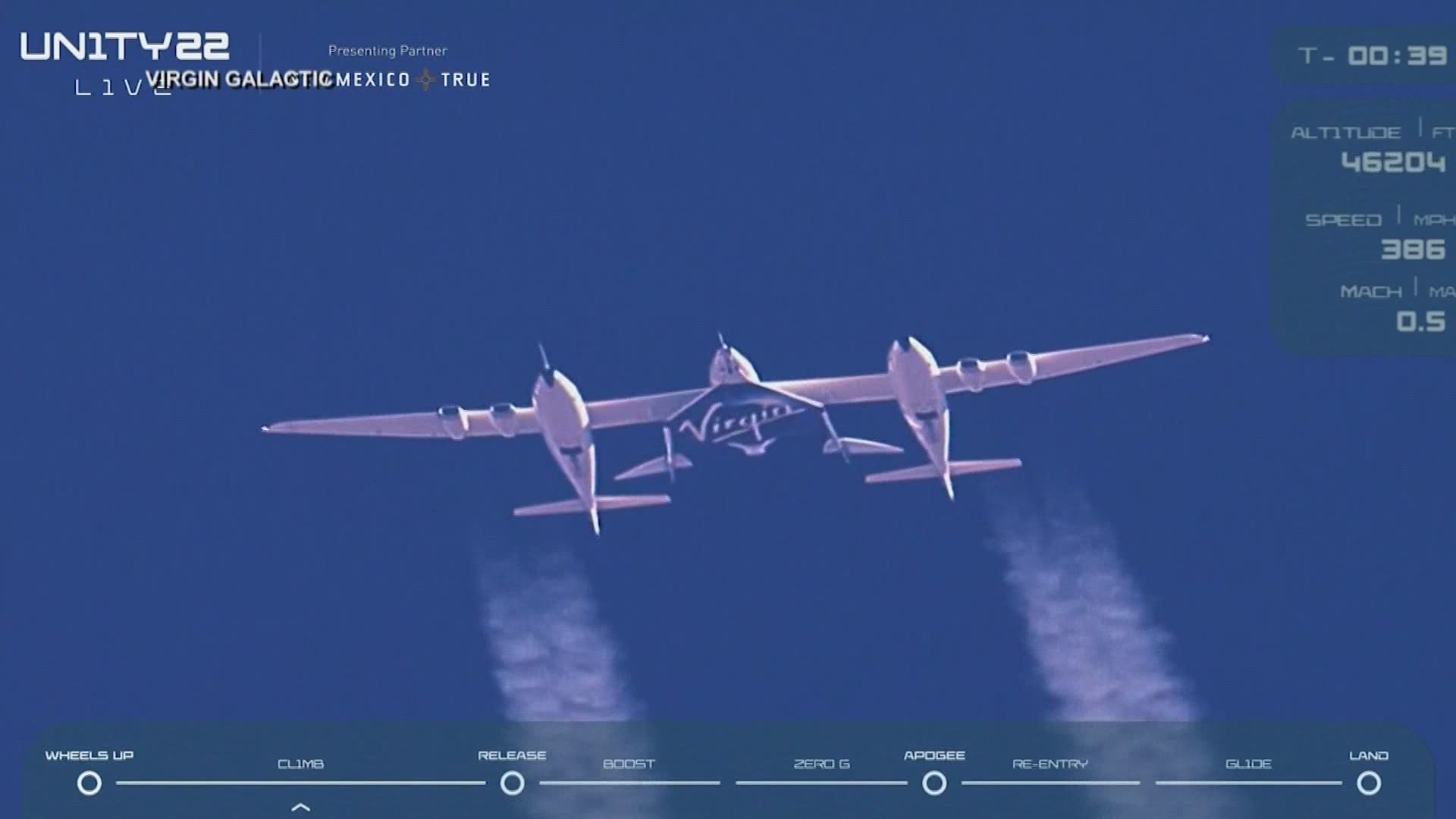 The Amazon founder will climb atop his New Shepard rocket next Tuesday in West Texas, joined by his brother, an 82-year-old female aviation pioneer and a $28 million auction winner. It will be the first launch with passengers for Blue Origin, which like Richard Branson's Virgin Galactic plans to start flying paying customers in the months ahead.

The Federal Aviation Administration issued its OK on Monday. The license is good through August.

On Sunday, Virgin Galactic’s billionaire founder Richard Branson rode his own rocket plane to space, accompanied by five company employees. A specially designed aircraft carried the winged ship aloft over New Mexico. The space plane dropped away, fired its rocket motor and soared to 53.5 miles (86 kilometers), before gliding to a runway touchdown.

RELATED: Bezos vs. Branson: Rich riding own rockets into space

Blue Origin’s flight — featuring an automated capsule launched atop a reusable booster — should reach a maximum altitude of roughly 66 miles (106 kilometers) before parachuting into the desert.

Joining Blue Origin and Virgin Galactic in the chase for space tourists is Elon Musk's SpaceX. But SpaceX plans to send its customers into orbit, not on brief up-and-down hops. Musk has yet to commit to a launch himself.

RELATED: Billionaire Richard Branson reaches space in his own ship