Not sure where to donate for Hurricane Harvey relief? Here are 40 (highly rated) places

It's important to do your research before donating. 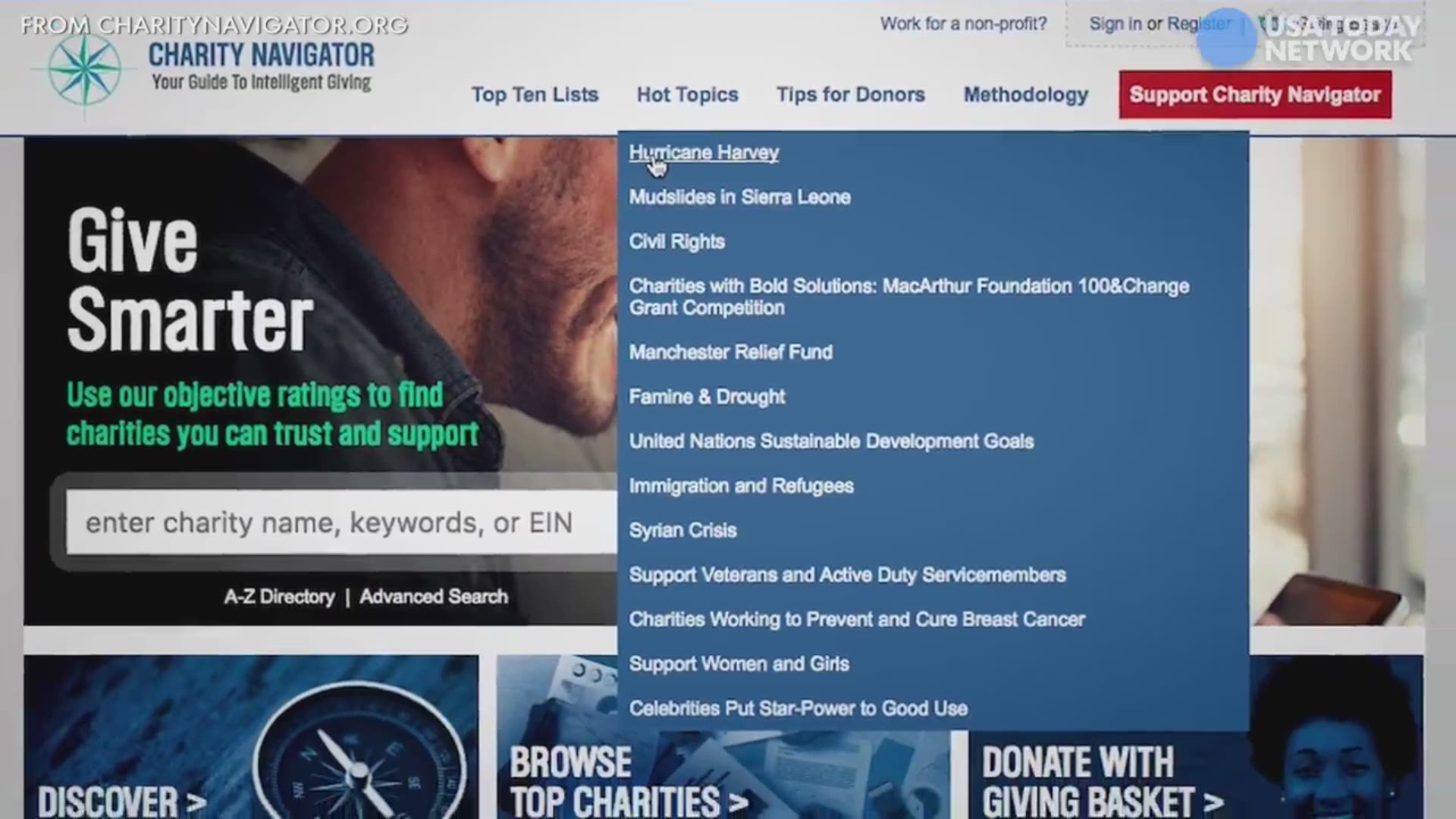 With Hurricane Harvey fresh in minds and Hurricane Irma intensifying, Americans are reaching for their wallets to help storm victims in need.

But wading through groups seeking donations can feel daunting, especially when you want to make sure your money is well spent

Charity Navigator, a nonprofit that vets charities based on their tax filings, released a list Tuesday of more than 40 highly rated nonprofits directly helping Harvey victims.

Each organization listed holds at least a three-star rating (out of four) after reviews of its finances, accountability and transparency, the philanthropic evaluator said. Most earned four stars. Learn more about its rating system.

Charity Navigator recommends researching the organizations below before donating to one that personally resonates with you.

• The ALS Association, National Office
• The Zakat Foundation of America