The find comes on the heels of the discovery of another Japanese carrier, the Kaga, last week.

Credit: AP
A high frequency sonar image of the flagship Japanese aircraft carrier Akagi is shown aboard the research vessel Petrel on Sunday, Oct. 20, 2019 off Midway Atoll in the Northwestern Hawaiian Islands. The crew of the Petrel confirmed the ship was the Akagi based on its measurements and location. The ship sand during the 1942 WWII Battle of Midway. (AP Photo/Caleb Jones)
Author: Caleb Jones (Associated Press)
Published: 6:39 AM EDT October 21, 2019

MIDWAY, Ga. — Northwestern Hawaiian Islands (AP) — A crew of deep-sea explorers and historians looking for lost World War II warships have found a second Japanese aircraft carrier that went down in the historic Battle of Midway.

Vulcan Inc.'s director of undersea operations Rob Kraft and Naval History and Heritage Command historian Frank Thompson reviewed high frequency sonar images of the warship Sunday and say that its dimensions and location mean it has to be the carrier Akagi.

The Akagi was found in the Papahanaumokuakea Marine National Monument resting in nearly 18,000 feet (5,490 meters) of water more than 1,300 miles (2,090 kilometers) northwest of Pearl Harbor.

The researchers used an autonomous underwater vehicle, or AUV, equipped with sonar to find the ship. The vehicle had been out overnight collecting data, and the image of a warship appeared in the first set of readings Sunday morning.

The first scan used low-resolution sonar, so the crew sent their AUV back to get higher-quality images.

"I'm sure of what we're seeing here, the dimensions that we're able to derive from this image (are) conclusive," Kraft said. "It can be none other than Akagi."

The vessel is sitting among a pile of debris and the ground around the warship is clearly disturbed by the impact of it hitting the seafloor.

The find comes on the heels of the discovery of another Japanese carrier, the Kaga, last week. 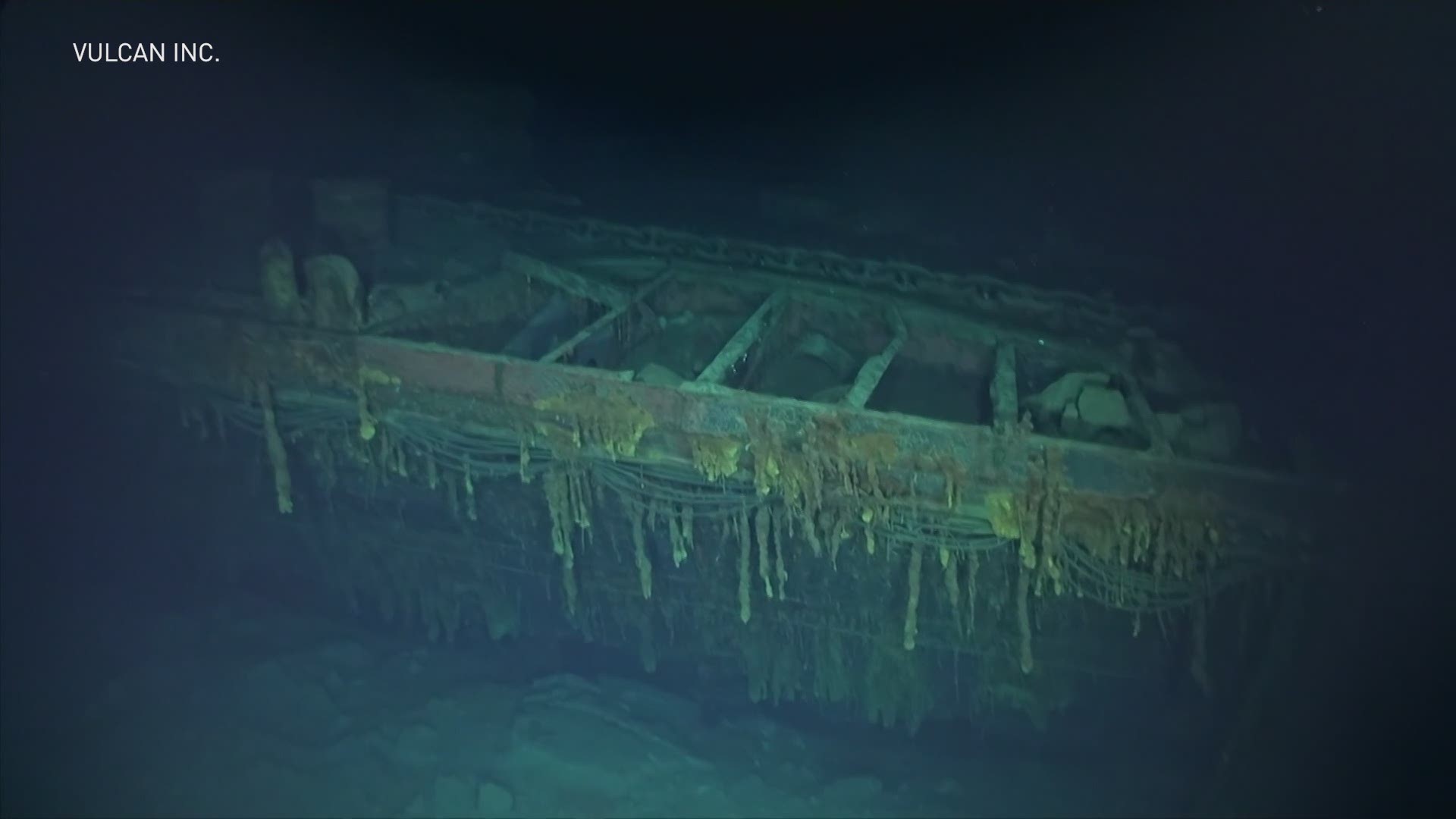 "We read about the battles, we know what happened. But when you see these wrecks on the bottom of the ocean and everything, you kind of get a feel for what the real price is for war," said Frank Thompson, a historian with the Naval History and Heritage Command in Washington, D.C., who is onboard the Petrel. "You see the damage these things took, and it's humbling to watch some of the video of these vessels because they're war graves."

Until now, only one of the seven ships that went down in the June 1942 air and sea battle — five Japanese vessels and two American — had been located.

The crew of the research vessel Petrel is hoping to find and survey all lost ships from the 1942 Battle of Midway, which historians consider a pivotal fight for the U.S. in the Pacific during WWII.

The battle was fought between American and Japanese aircraft carriers and warplanes about 200 miles (320 kilometers) off Midway Atoll, a former military installation that the Japanese hoped to capture in a surprise attack.

The U.S., however, intercepted Japanese communications about the strike and were waiting when they arrived. More than 2,000 Japanese and 300 Americans died.

The expedition is an effort started by the late Paul Allen, the billionaire co-founder of Microsoft. For years, the crew of the 250-foot (76-meter) Petrel has worked with the U.S. Navy and other officials around the world to locate and document sunken ships. It has found more than 30 vessels so far.

"It really extends beyond that at this time," Kraft said. "We're honoring today's service members, it's about education and, you know, bringing history back to life for future generations."