"It was always told to me that you needed a constitutional amendment. Guess what? You don't," President Donald Trump told "Axios on HBO" in an interview Monday. 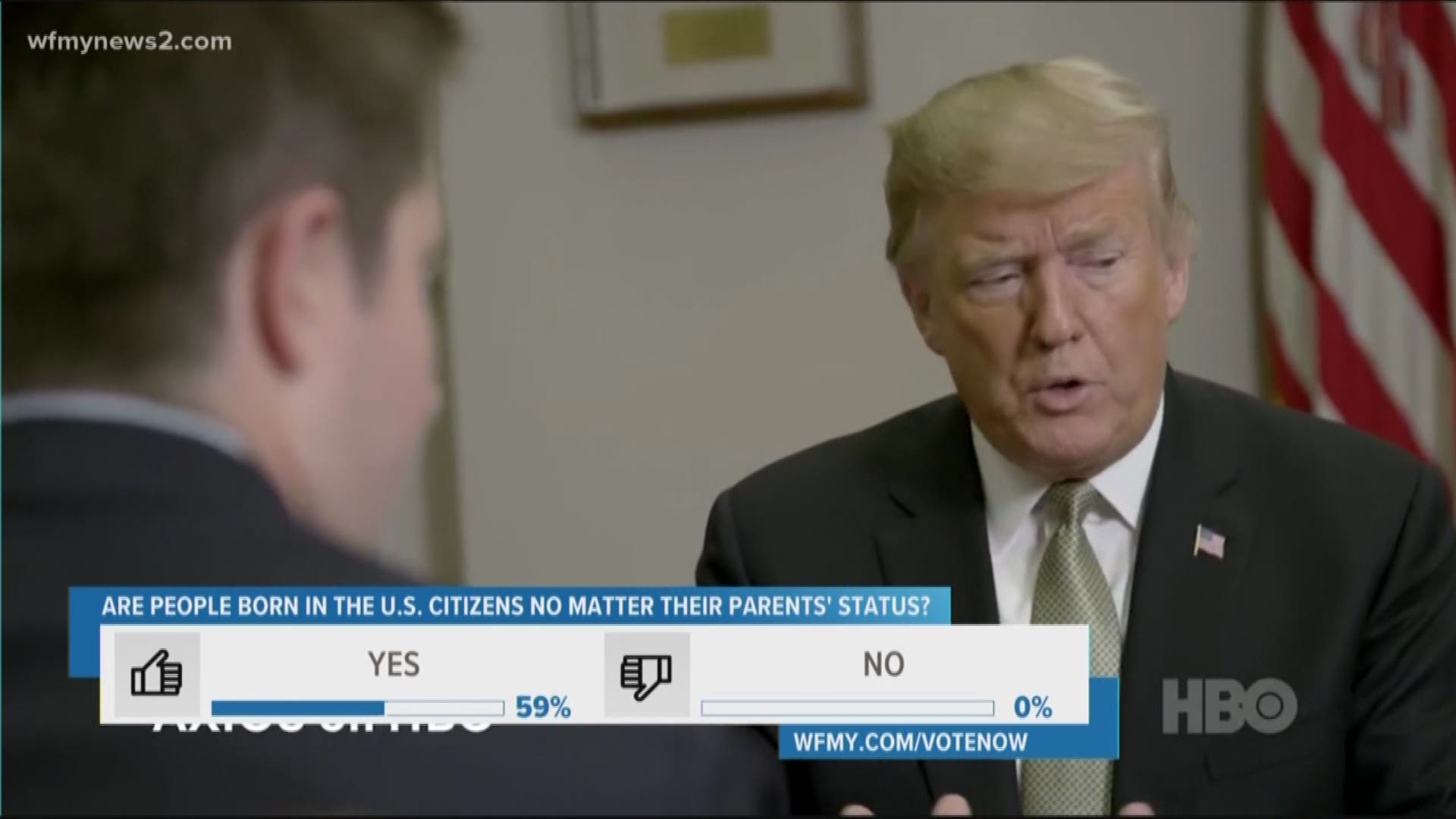 President Donald Trump said in an interview that he plans to sign an executive order ending "birthright citizenship" for the children of non-American citizens who are born on U.S. soil, a move that would likely be challenged immediately in the courts over its constitutionality.

"It was always told to me that you needed a constitutional amendment. Guess what? You don't," Trump told "Axios on HBO" in an interview Monday. "You can definitely do it with an Act of Congress. But now they're saying I can do it just with an executive order."

"We're the only country in the world where a person comes in and has a baby, and the baby is essentially a citizen of the United States, with all of those benefits," he continued.

Locally, folks were just as divided.

"This does sort of go back to our history. The history of this country, so it is a bit concerning that it might revoke some of that past," said Sofia Mosquera, an advocacy director at Faith Action International House.

Every day she works with immigrants, and was surprised to hear the President's announcement, because she knows it will affect millions of people.

Gheen believes the parts of the 14th amendment are up for interpretation, and if we don't do something soon, he fears our country will be lost.

"Those people are in danger of becoming a huge political force who could run this country more than American Citizens through the process of invasion," said William Gheen.

Gheen also said he would feel more comfortable if Congress changed the Amendment, not a presidential executive order.

But Jon Feere, a legal policy analyst for the anti-immigration Center for Immigration Studies, says some argue that the wording "subject to the jurisdiction thereof" has "no plain meaning" and the "current, broad application of the Citizenship Clause may not be warranted."