The North Carolina GOP said it agrees with the majority of Republicans in Congress that impeaching a former president lies outside the U.S. Constitution. 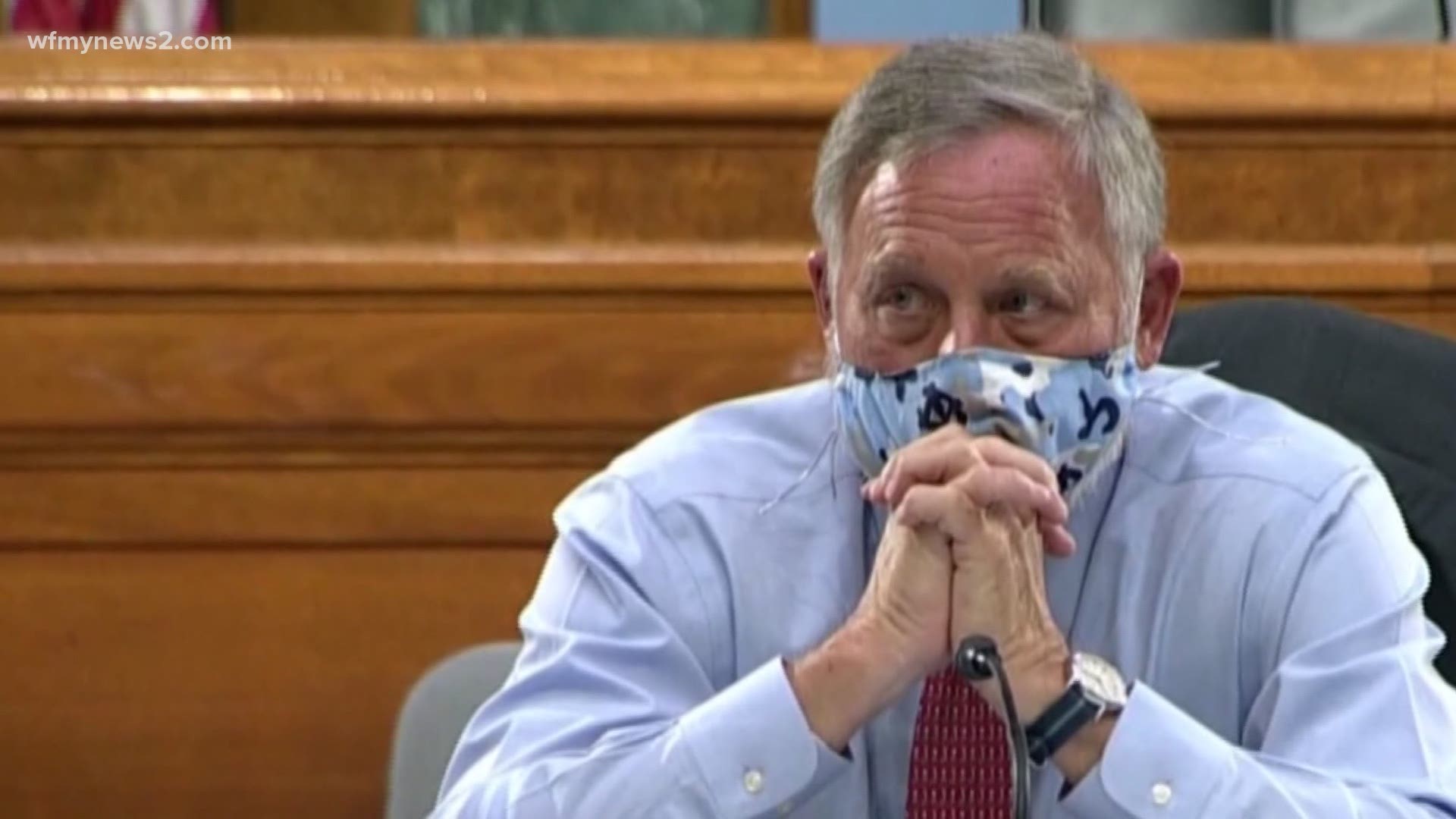 The NCGOP said the vote to censure Burr was unanimous. They released a statement Monday night:

"Tonight, the North Carolina Republican Party Central Committee voted unanimously to censure Senator Richard Burr for his vote to convict former President Trump in the impeachment trial which he declared to be unconstitutional.

The NCGOP agrees with the strong majority of Republicans in both the U.S. House of Representatives and Senate that the Democrat-led attempt to impeach a former President lies outside the United States Constitution.

Now that the Senate has voted to acquit President Trump, we hope that Democrats will set aside their divisive partisan agenda and focus on the American priorities of tackling the COVID-19 pandemic, safely reopening schools, and restarting the economy," the NCGOP's statement said.

Burr released a statement, responding to the NCGOP’s vote immediately, calling it a ‘sad day’ for North Carolina Republicans:

“It is truly a sad day for North Carolina Republicans. My party's leadership has chosen loyalty to one man over the core principles of the Republican Party and the founders of our great nation," said Burr.

After the vote Saturday, Burr issued a lengthy statement. He said Jan. 6 was a “grim day in our nation’s history.”

At the beginning of the trial, Burr voted it was unconstitutional to impeach a president that already left office. The majority of the senate decided otherwise, and Burr said from that point forward his role was as an impartial juror.

"My role is now to determine whether House managers have sufficiently made the case for the article of impeachment against President Trump," Burr's statement said, "I have listened to the arguments presented by both sides and considered the facts. The facts are clear."

“The President promoted unfounded conspiracy theories to cast doubt on the integrity of a free and fair election because he did not like the results. As Congress met to certify the election results, the President directed his supporters to go to the Capitol to disrupt the lawful proceedings required by the Constitution. When the crowd became violent, the President used his office to first inflame the situation instead of immediately calling for an end to the assault," Burr said in a statement.

The North Carolina GOP Chairman Michael Whatley was clear to show his stance on Burr’s vote, issuing this statement Saturday.

RELATED: Is unity in a divided DC possible?

“North Carolina Republicans sent Senator Burr to the United States Senate to uphold the Constitution and his vote today to convict in a trial that he declared unconstitutional is shocking and disappointing," Whatley's statement said.

UNCG Political Science Professor Dr. Thom Little said the move to ‘censure’ someone does nothing more than state disapproval.

“It doesn’t mean anything. It’s not like they can kick Burr out of the party. They didn’t vote him into the party. He chose to be in the party. He’s not running again,” said Little, “They’re saying, ‘We don’t want to play with you anymore.’”

Little said the biggest significance of this impeachment vote may further solidify that the process is purely political because apart from a few, most Senators and House members voted along party lines.

“This may finally convince people that impeachment is not a legal process, it’s a political process. That’s the reality. If the shoes had been reversed and Trump were a democrat you would’ve seen the complete opposite,” said Little, “I think the meaning of impeachment and that scarlet letter that it was is gone now.”

Little says while the impeachment trial was important, he hopes now we can move forward as a country.

“I hope now we can get back to policy,” said Little, “Now that it’s done we’ve got to get back to work. We’ve got a virus, we’ve got an economy we’ve got divisions in this country, so leaders got to step up, and they gotta lead.”