VERIFY: No, September is Not Usually That Dry in NC

You ask; we VERIFY. This past September was noticeably dry and hot, but that’s rather unusual. Winter months are often the driest in NC. 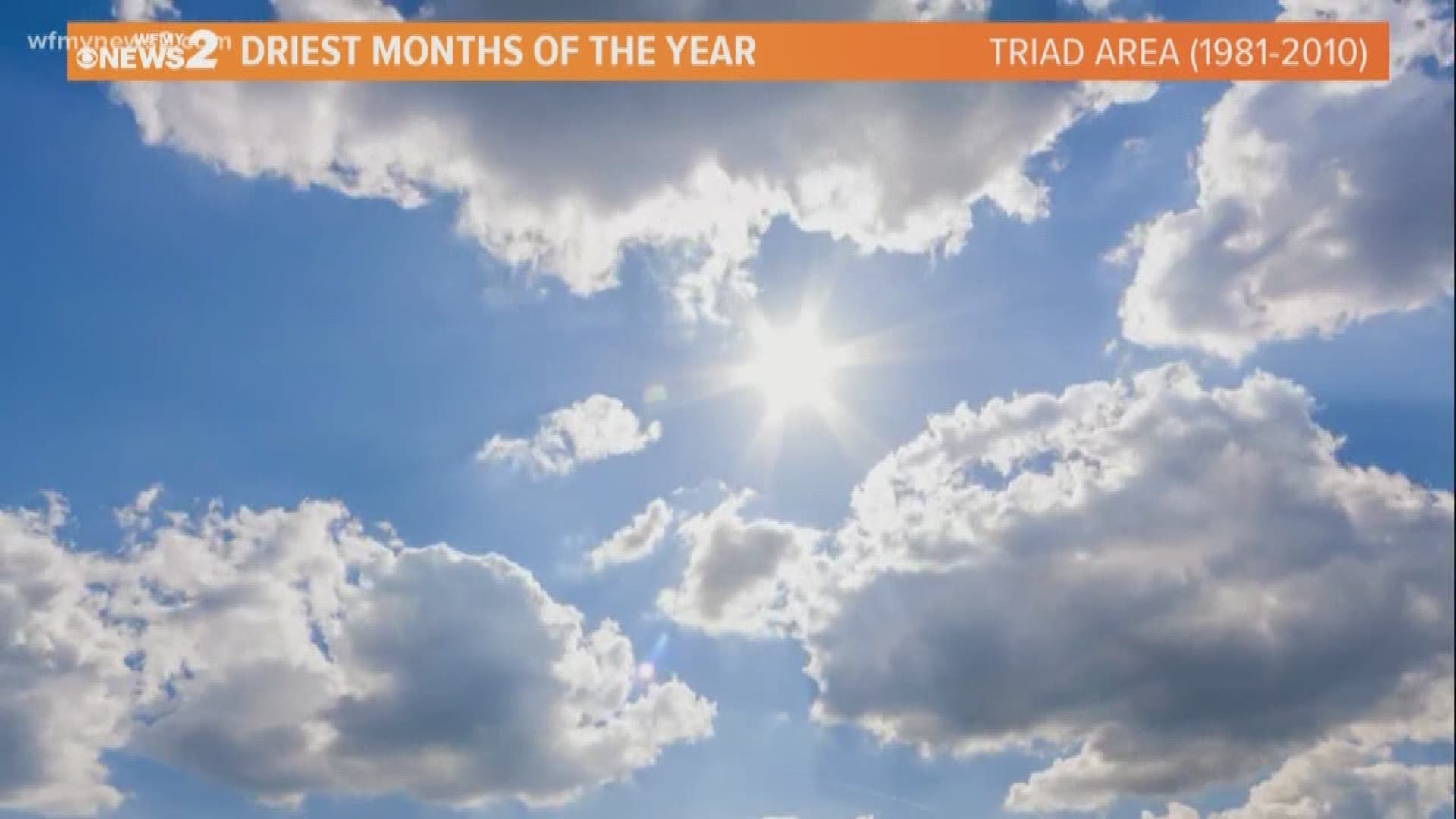 GREENSBORO, N.C. — It's finally October, and we certainly won't miss the brutally hot and dry month of September. Up until a brief rain storm September 27, the Triad had received only .02 inches of rain.

Triad farmers already are taking a hit, with pumpkins getting sunburned and strawberry planting at risk.

Is September usually the driest month in the Triad?

Chilton said no, September is not typically one of the Triad's driest months.

"It turns out, the winter months are the driest of the year, and although we were fairly dry this past September, most Septembers are not so dry due to tropical systems bringing the rains," he said.

September usually contains a precipitation total above four inches. The driest months are December, January and February with totals averaging between two and three.

What about snow? Chilton explained when snow melts down, the precipitation totals much less than when it falls as a solid.

July, by comparison, is the wettest month on average in the Triad, because of late-day pop-up storms.