Slidell police put the incident in the "We Can't Make This Stuff Up" category. 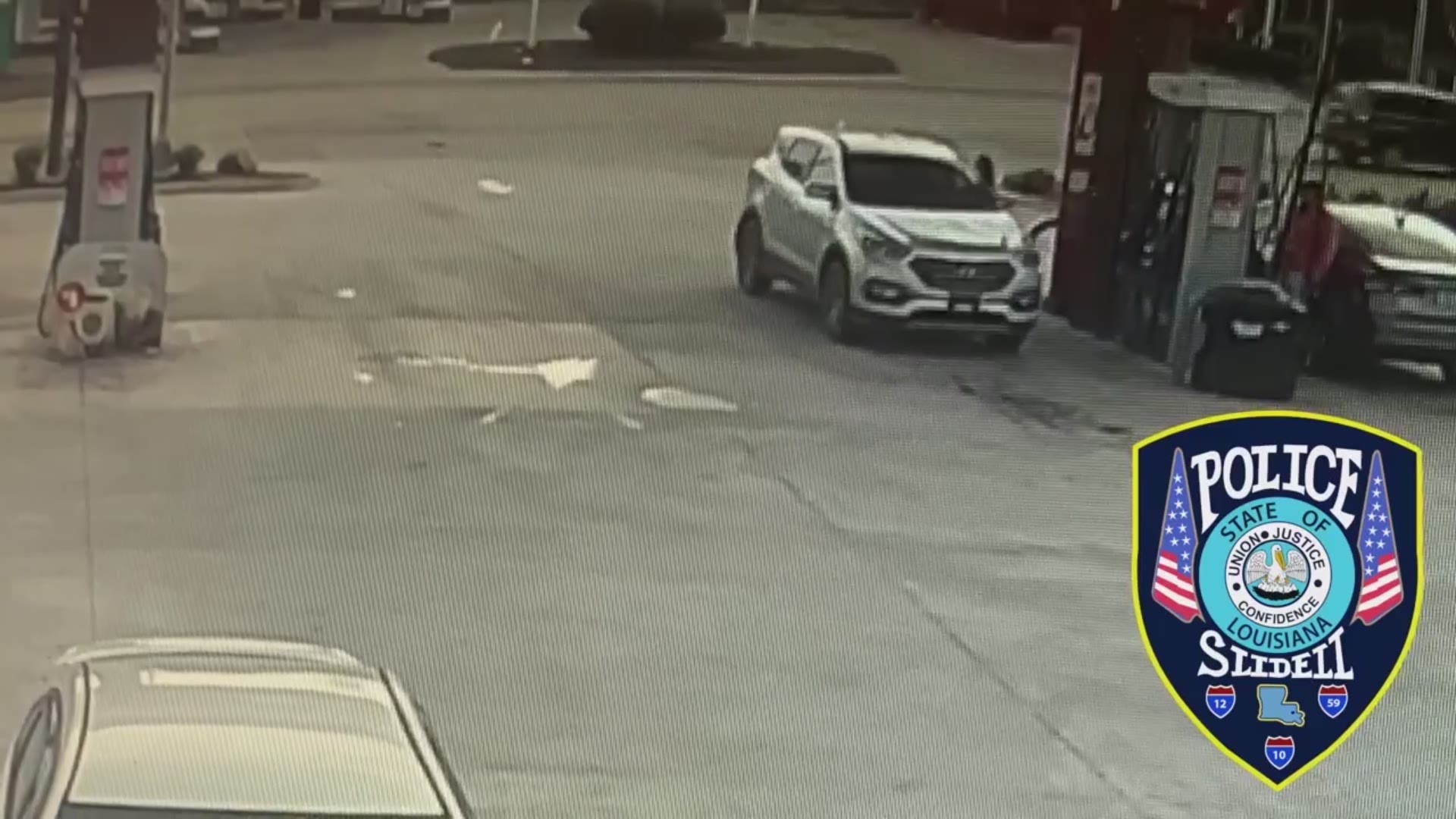 SLIDELL, La. — A hairy situation was narrowly avoided on the Northshore Friday after a dog somehow put an SUV in reverse as its owners were pumping gas and rolled out into the road, police say.

Slidell police officials put the bizarre case in the "We Can't Make This Stuff Up" category when they made the announcement on Facebook Friday evening. Sunday, the police department posted a video of the rough ride on social media.

According to officials, a couple was pumping gas at a station on Gause Boulevard when their 5-pound chihuahua, who stayed inside the vehicle, managed to put the SUV into reverse.

With the dog inside, the vehicle rolled across the four-lane highway and eventually came to a stop at another gas station across the street.

Luckily, no other vehicles were hit and no one was seriously hurt, although one of the chihuahua's owners was slightly injured while trying to chase down the SUV, police officials said.

Slidell Police Department
It's been a while, but we have another "We Can't Make This Stuff U... p" post A short while ago, a couple was pumping gas at a gas station on Gause Boulevard. A 5 pound chihuahua, who was inside of the SUV, put the vehicle in reverse.

The chihuahua's identity (and its owners') was not released to the public, but that didn't stop Slidell PD's post from receiving thousands of likes and hundreds of shares and comments -- many of which did not disappoint.

"Cheaper gas across the street?" one commenter said.

"That little pup drives better than half the people in this town," one person added.

"Never a dull moment in Slidell," said another.

"So is the chihuahua being held for questioning?" one said.

It wasn't clear how, exactly, the miniature dog managed to maneuver the vehicle out of park, but police officials said video of the incident would be made available at a later date.

The case of the driving chihuahua comes the week after another strange animal case on the Northshore, when someone's pig jammed up traffic on Highway 1082.