Ashrita Furman says the challenge involved a combination of proper aim and just the right amount of strength. 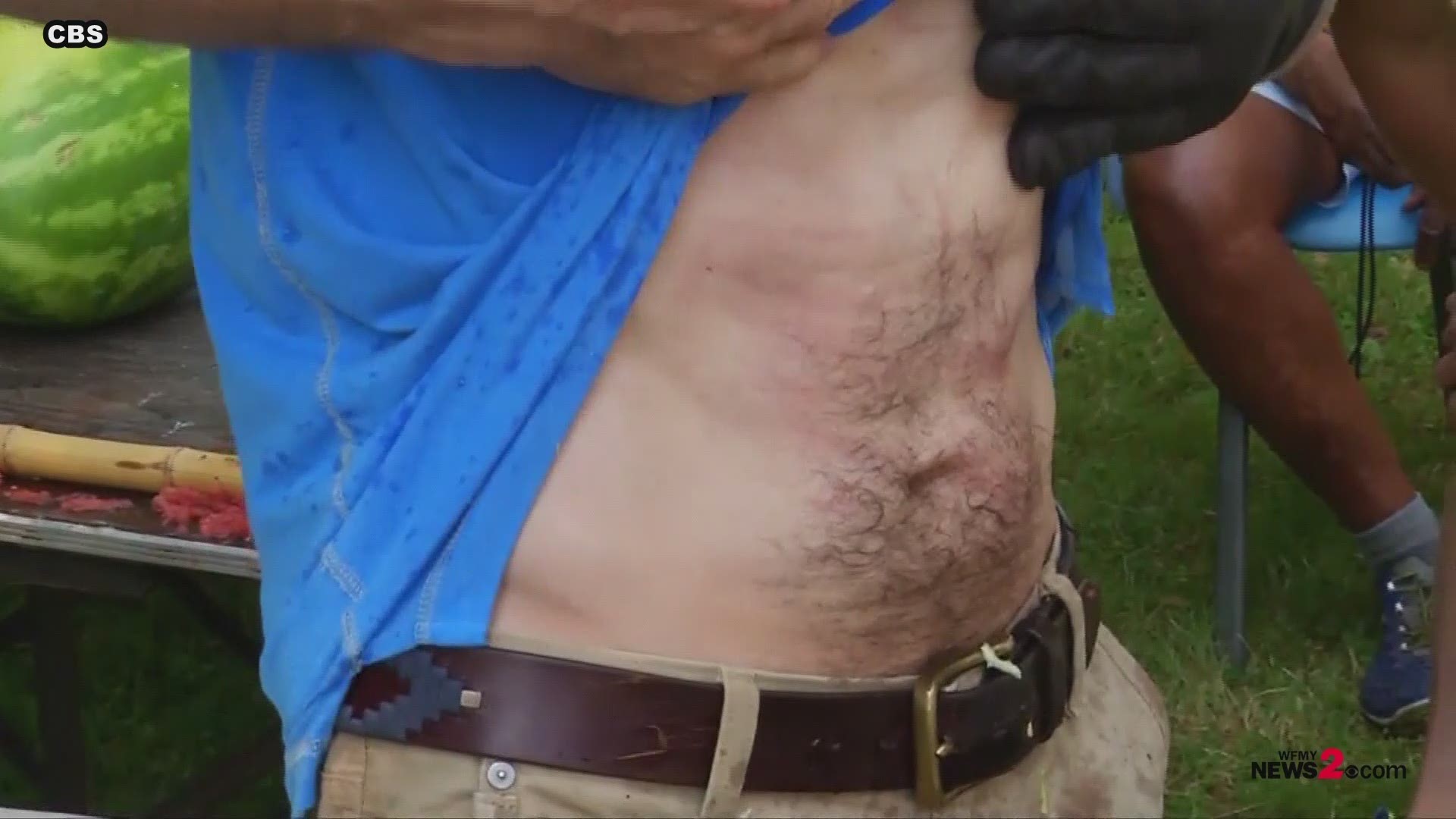 PHILADELPHIA (CBS) -- The man who holds more Guinness World Records than anyone, Ashrita Furman, proved once again he's a cut above the competition.

He set a new record for slicing the most watermelons in half on his stomach in one minute on Tuesday in New York.

With a team of helpers surrounding him and handing him the melons, Furman sliced through 26 watermelons in one minute, six more than was needed to set a new record.

"It went really well," said Furman. "My first reaction is I'm relieved that I didn't kill myself and the second is I'm exhilarated because it not only is a skillful record but also it's something that I invented and now it's out there and other people can challenge it."

He made a few tweaks to his new challenge.

“They came up with the rules and said I had to at least 20 watermelons, which I thought was actually a little high, because I thought 15 would be safe, but 20 was pushing it a little and fortunately we had a good team and everything worked well,” he said.

Acknowledging the obvious element of danger, Furman said this challenge involved a combination of proper aim and just the right amount of strength.

Some of Furman's other successful records include the fastest mile run with a milk bottle balanced on his head, fastest pogo stick hop to the top of Mount Fuji in Japan, and the longest distance walked with a running lawnmower balanced on his chin.