Customers say they were charged a cleaning fee after riding in an Uber. The fees range from $1500-$200 for vomiting in the vehicle. 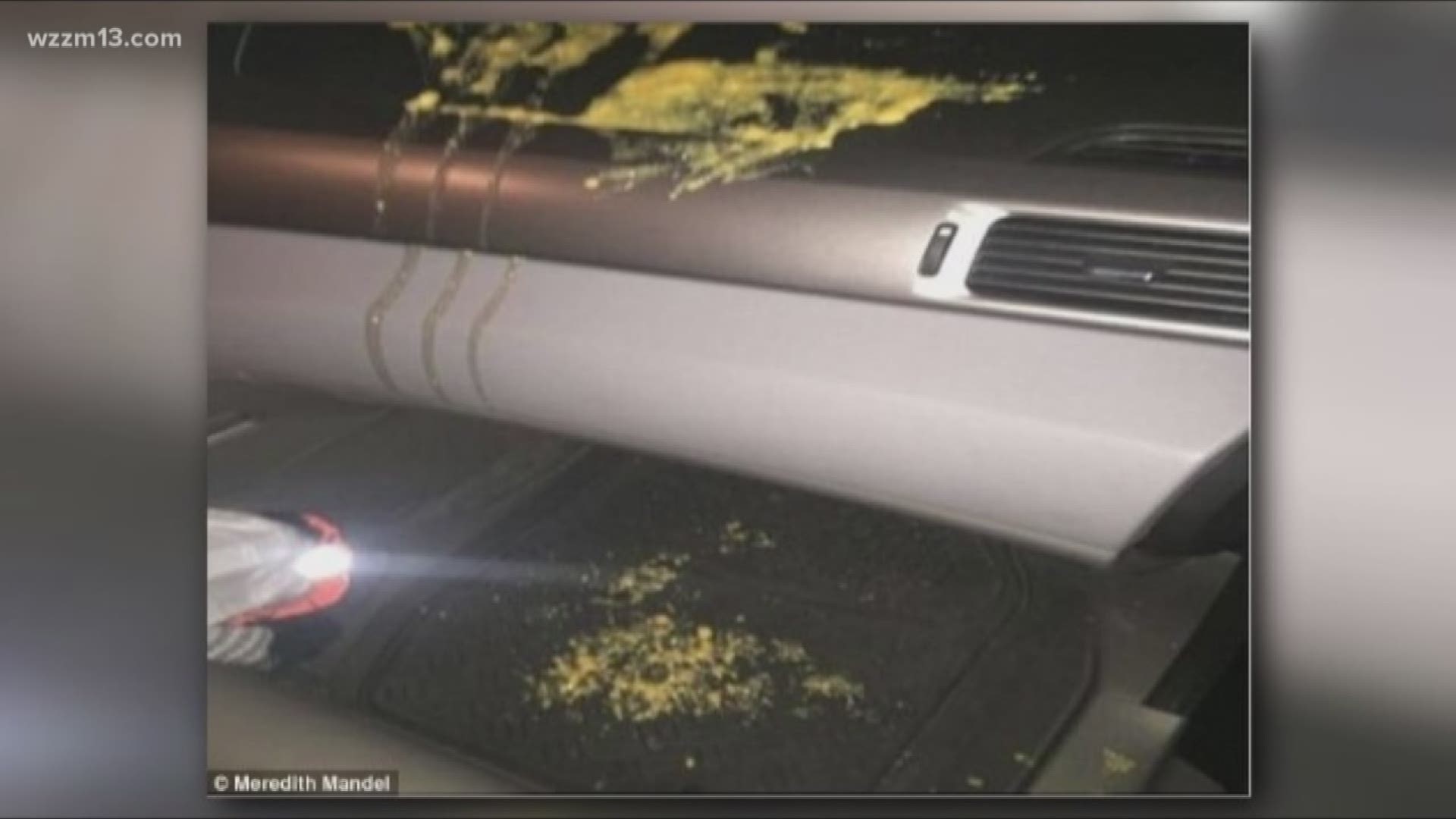 GRAND RAPIDS, Mich. - Some Uber riders say they are being scammed by drivers who claim the passenger got sick while on their ride.

It's being called "vomit fraud" and the Better Business Bureau has received complaints across the country.

These Uber customers say they were charged a cleaning fee after riding in an Uber. The fees range from $1500-$200 for vomiting in the vehicle.

"These Uber drivers are gaming the system, looking to make a quick buck by falsely claiming a rider had puked in their car,” said John Masterson, Marketing Director with BBB of West Michigan.

In at least one case, a rider in New York says the driver submitted a photo to Uber and charged her a $200 cleaning fee. "So they were submitted with an ambiguous looking pic of vomit in a car."

Another passenger, Trevor Bushnell of Grand Rapids, told the BBB he was sent a cleaning bill. Trevor says the picture of a stain the driver submitted was from rain. He tried to dispute it but says Uber wouldn't refund the money.

"They have an “F” rating due to a number of complaints. In this case, Uber does not respond to complaints through BBB."

Uber did respond to our request for comment. A spokesperson said, "Participating in fraudulent activity of any kind is a clear violation of our Community Guidelines. We are constantly evaluating our processes and technology related to these claims and will take appropriate action whenever fraud may be detected."

Uber went on to say that the vast majority of cleaning fee reports are legitimately the result of someone making a mess in the car. If it is a confirmed case of fraud, Uber says it will remove the driver from the app.

The BBB of Western Michigan suggests checking your credit card following an Uber ride, reading the reviews about a driver before accepting his/her service, and dispute any wrongful charges.