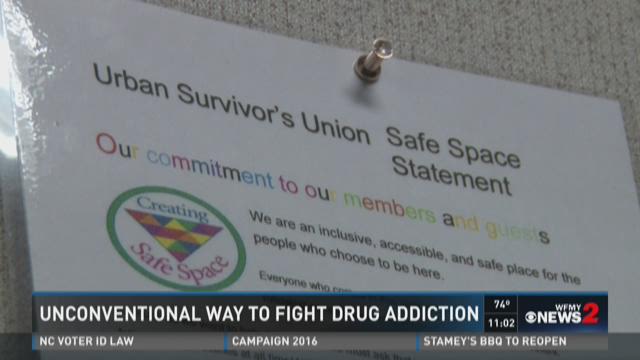 GREENSBORO, NC – It’s a tough conversation; an uncomfortable topic. But for Louise Vincent, it’s a conversation and topic she has no choice but to address.

Vincent, herself, struggled with addiction for years. A sickness eating away at her. A sickness which killed her daughter.

Her 19-year-old daughter, Selena, died of a drug overdose while in treatment in March of 2016. Louise, clean for 10 years, said her daughter began struggling as a teenager.

“If you could talk away addiction, we would have talked it away,” Vincent said as tears formed in her eyes. “We talked about drugs, we talked about addiction in the family. We talked about everything a mother and daughter can talk about with addiction.”

The pain of losing her own children could have sent Vincent in a downward spiral. But her work to keep others safe and alive, saved her own life. She’s worked as a harm reduction specialist for over a decade and in the past two years, became the Executive Director of the local chapter of Urban Survivor’s Union . The organization has one main goal- to meet people struggling with addiction where they are, no matter what.

The facility where Selena spent her final days didn’t have Naloxone, a medication which reverses and prevents drug overdoses. Vincent’s organization strives to provide Naloxone to family members and drug users and has an initiative to provide the medication to all jails and rehab facilities.

The goal of harm reduction is to use education, intervention and programs, such as needle exchange to reduce drug-related harm and death. It’s one of the reasons Vincent’s organization relies on a needle exchange program.

There is plenty of negative stigma surrounded safe places and needle exchange programs. Prior to the current North Carolina law, Representative Larry Pittman voiced his concern to the House floor.

“Somebody may come in and get a clean needle and take it out, and it was clean until they used it and shared it with someone else," said Pittman.

The Federal Department of Health and Human Services reported needle exchange programs reduce HIV and Hepatitis C transmission, but none of the department’s multiple studies show an increase of drug use due to the program.

Needle exchange and safe places work, according to Vincent, because it allows drug users to build a trust with people, which later leads to them coming back when they are ready to quit.

Vincent said she’s not an advocate for drug use, rather she understands people will only seek help, once they are ready. Safe places and needle exchange programs are a way to get drug users in the door.

“Anybody that’s tried to make somebody stop using drugs knows, that doesn’t work very well. If someone wants to use drugs it is next to impossible to force them to stop using drugs.”

The organization provides multiple other resources for helping people cope with their addiction.

As for weekly help, the organization holds a community event every Tuesday from 7PM to 9PM at 2300 W. Meadowview Road. On Fridays, an Any Positive Change Support Group meets from 12:15PM to 1:00PM.