Four 2 Five: Why do presidential candidates come to North Carolina so often?

The Four 2 Five takes a closer look at what our state can expect before the November election. 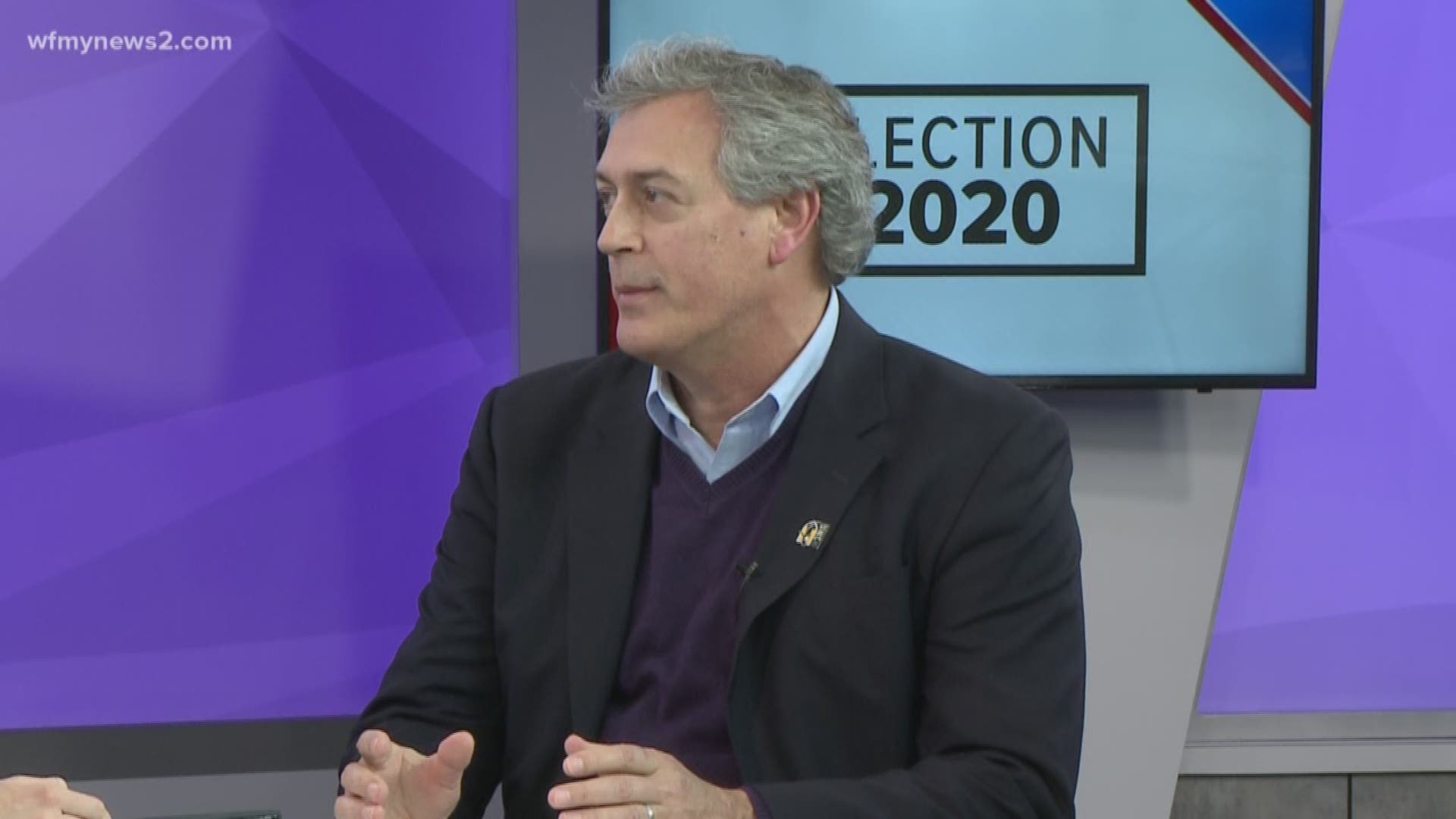 North Carolina is a key state in the 2020 Election and that's clear from how many candidates have or will visit our state before the election in November. This week Michael Bloomberg and Senator Bernie Sanders made stops and former Vice President Joe Biden has made a visit, too.

It was the same story in 2016. Then candidate Donald Trump visited 23 times and Hillary Clinton made 16 stops.

Dr. Hunter Bacut a political science professor from UNCG explains that North Carolina is a battleground state for for both the primaries and the election this fall. On Super Tuesday, he says, about 65% of delegates will be decided and we can expect this kind of attention in the future.

"We will probably replace Ohio in the number of electoral votes int he Electoral College this census," he said. "So going forward we will be a big player."

Dr. Bacut says the next few months will be busy for North Carolina with the Republican National Convention in Charlotte.

"It's going to be an interesting time to be here because North Carolina is a purple state, a toss up state, so that might be the event that tips it over to the republicans."

He says campaigning in our state gives candidates coverage and translates into exposure. Seeing a candidate on television reinforces them as an option.