"People are fearful to seek care because they may be labeled, blamed or potentially incarcerated." 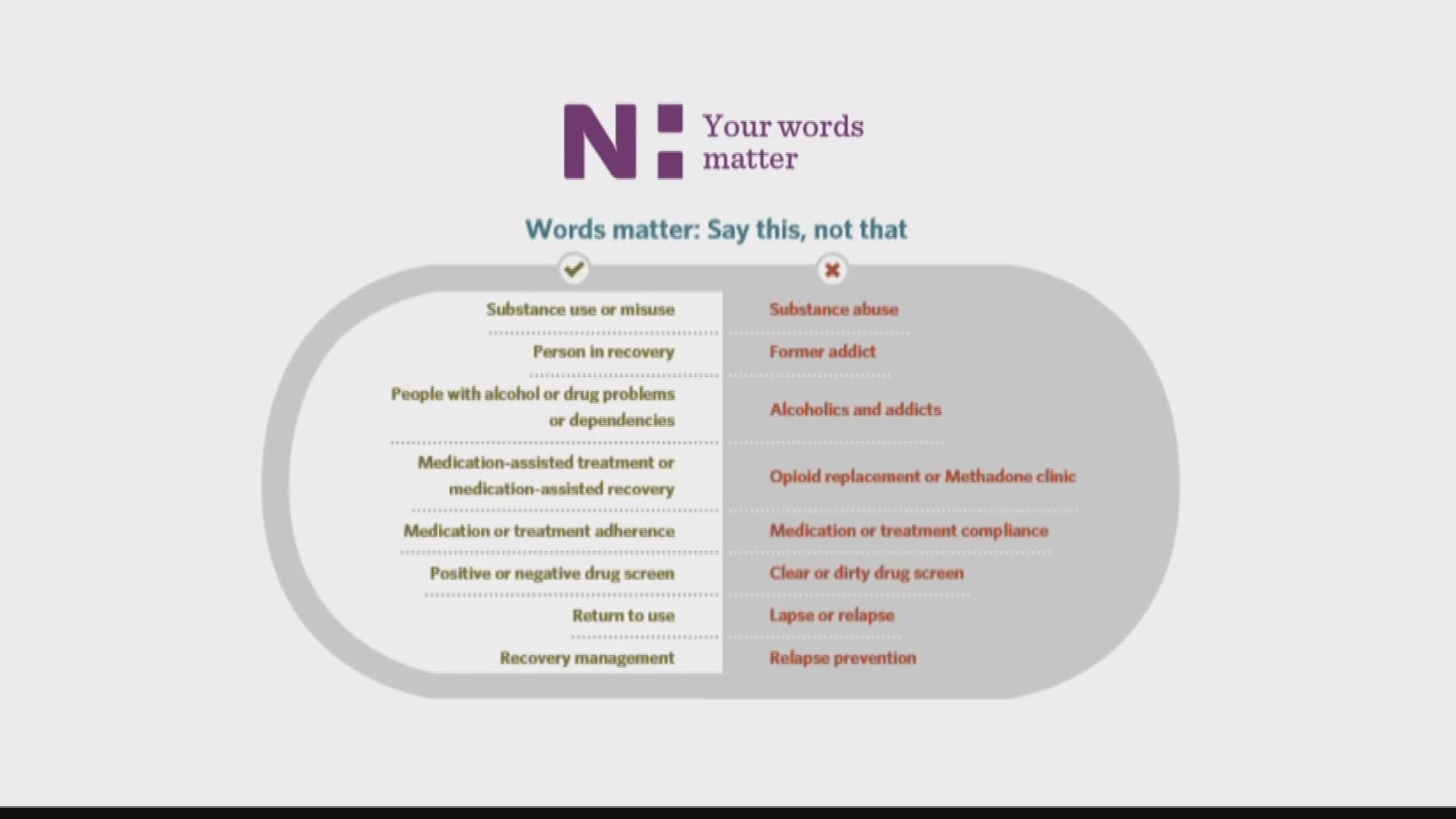 WINSTON SALEM, N.C.--Novant Health is a new campaign urging everyone to pay attention to the words we use when talking about the opioid epidemic.

It's called, “Words Matter: Say this, not that.” The goal is to reduce the stigma with substance use.

More than 20 million Americans struggle with opioid use, but only one in ten seeks treatment.

"They struggle below, off the radar a little bit. Some of them may be functional some of them not you may not even know," Dr. Lars Nycum said.

Nycum is the Senior Vice President of medical affairs of Novant Health for the Greater Winston-Salem market.

"I think people tend to be blamed. They worry that they may be labeled or even put in jail and that inhibits their ability to seek appropriate treatment," Dr. Nycum said.

Instead of substance abuse, Novant Health recommends substance use or misuse. Instead of former addict, say person in recovery.

Leaders at Novant also say we need to recognize that substance use is a deadly illness.

Patti Pressley agrees. She lost her son to a heroin overdose in 2015 in Winston-Salem.

"Sometimes I think it's hard for people their mind around that because you wouldn't think that someone could actually die from a disorder," Pressley said.

Pressley believes Novant's approach is a step in the right direction, but more still needs to be done.

By that she means more money from the federal government and states, listening to top experts in the field of addiction medicine, and knowing that the epidemic can't be solved with just 12 step groups or programs.