The Greensboro Coliseum has hosted the ACC Tournament more than any other venue. 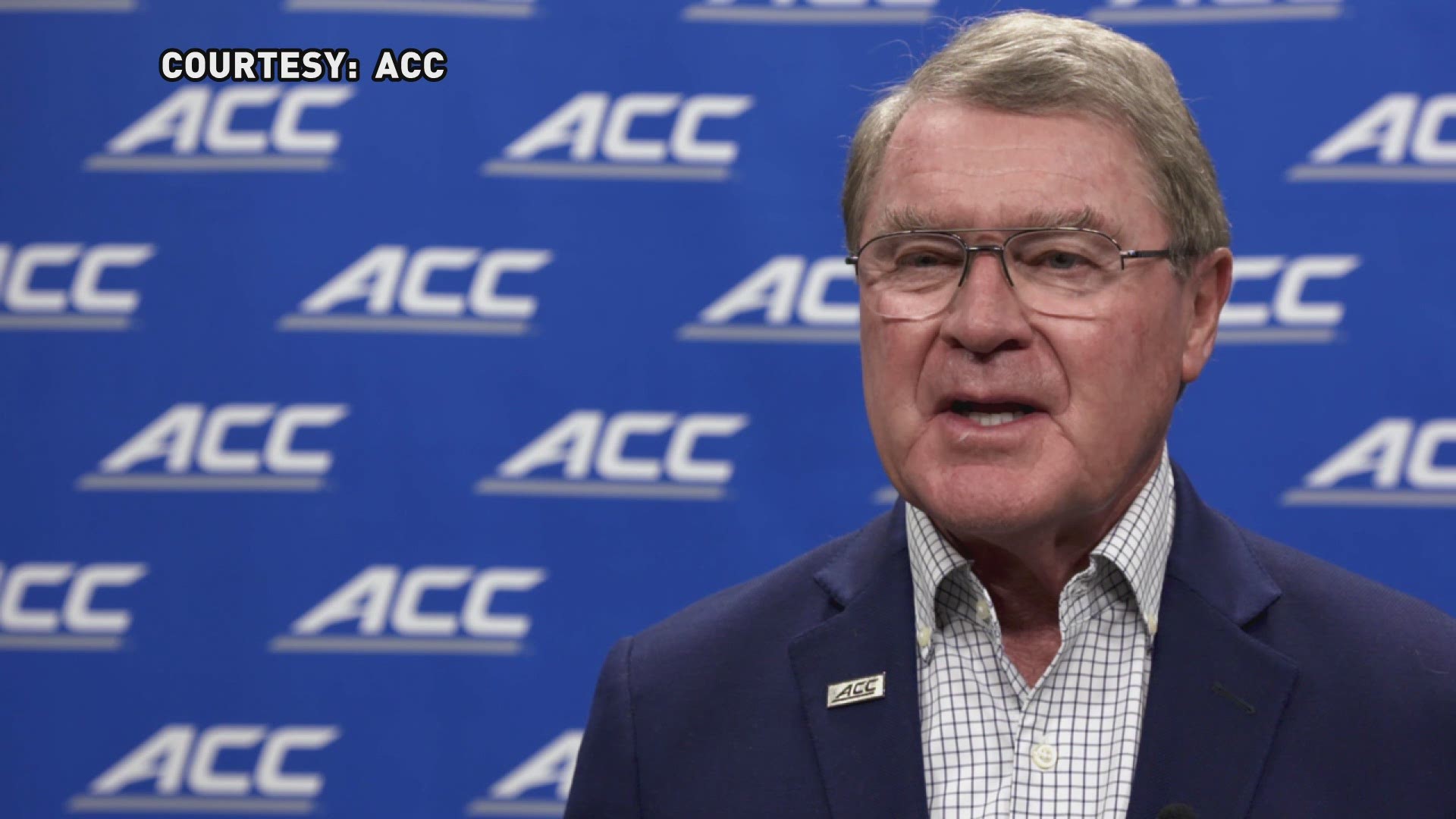 GREENSBORO, N.C. — The 2023 Atlantic Coast Conference Men's Basketball Tournament will return to the Greensboro Coliseum, ACC Commissioner John Swofford announced Tuesday on theACC.com. The 2020 ACC Tournament in Greensboro was canceled after two days due to COVID-19.

“The partnership between the ACC and the city of Greensboro is extremely special, and one that has spanned nearly seven decades,” Swofford said. “The decision to bring the ACC Men’s Basketball Tournament back to the Greensboro Coliseum was the right thing to do and we look forward to returning in 2023. We also appreciate the annual hospitality shown to our teams, schools, alumni and fans while hosting the ACC Men’s and Women’s Swimming and Diving Championships, the ACC Women’s Basketball Championship and the ACC Women’s Golf Championship.”

The Greensboro Coliseum has hosted the ACC Tournament more than any other venue and will welcome the event for the 28th time in 2023.

The ACC Tournament has been held in eight different cities and 12 venues since the inaugural event in March 1954. Since 2000, the tournament has been played throughout the ACC footprint, including nine times in Greensboro, four times in Charlotte, three times in Atlanta, twice in Washington, D.C., twice in Brooklyn and once in Tampa.