North Carolina A&T is being greatly rewarded for its 35-31 upset over the Charlotte 49ers in non-conference football action last Saturday.

GREENSBORO (September 18, 2017) – North Carolina A&T is being greatly rewarded for its 35-31 upset over the Charlotte 49ers in non-conference football action last Saturday.

The Aggies (3-0), who are allotted 22 fewer scholarships than the 49ers, witnessed how much that means to voters in the NCAA FCS Coaches Poll and the STATS FCS Media Poll on Monday. N.C. A&T jumped five spots in the coaches poll to No. 15. They also made a nice leap in the media poll by moving four places upward to 21.

The Aggies are still No. 1 in the BoxToRow Black College Football. It marks their 45th straight week in the poll, and it is the 23rd time over those 45 weeks they have been the No. 1 team.

Individually, the Aggies also soared with three Mid-Eastern Athletic Conference accolades. Saturday’s fourth-quarter hero Mac McCain (5-foot-11, 174, R-FR, Greensboro, NC) earned two of those honors as he was named defensive player of the week and rookie of the week by the MEAC. He also was named honorable mention national rookie of the week by STATS FCS.
Brandon Parker (6-7, 309, R-SR, Kannapolis, NC) scored another offensive lineman of the week recognition from the MEAC, his third in as many weeks this season.

McCain intercepted two passes in the upset of the Niners on Saturday, both picks led to touchdowns. McCain’s first INT ricocheted off the hands of Aggies free safety Jeremy Taylor, landing into the welcoming hands of McCain at the Charlotte 32-yard line. McCain returned the ball 22 yards to the Charlotte 10, setting up a 1-yard touchdown by redshirt junior Marquell Cartwright (5-8, 201, R-JR, High Point, NC).

McCain’s second INT of the day sealed the win for the Aggies as he read a three-step drop from Niners quarterback Hasaan Klugh, jumped the route and took Klugh’s intercepted pass 74 yards for the game-winning touchdown. McCain also added eight tackles and leads the team in tackles with 23. McCain leads the conference in passes defended (2 INTs, 3 breakups) and ranks 12th nationally.

Parker has dominated the offensive lineman weekly honor over the past two seasons. Parker won the honor five of the 12 weeks it was awarded last season. This season he has won the honor all three times it has been awarded. Against FBS competition, Parker graded out at 90 percent while earning three knockdown blocks. For the third straight week, Parker did not penalize the Aggies by losing field position with a penalty. On the season, Parker’s average grade is 88.7 percent, and he has nine knockdown blocks.
N.C. A&T heads into conference play this week when they travel to Baltimore to face the Morgan State Bears, Saturday, September 23 at 7 p.m., at Hughes Stadium. The Aggies are looking for their first 4-0 start in 24 years. 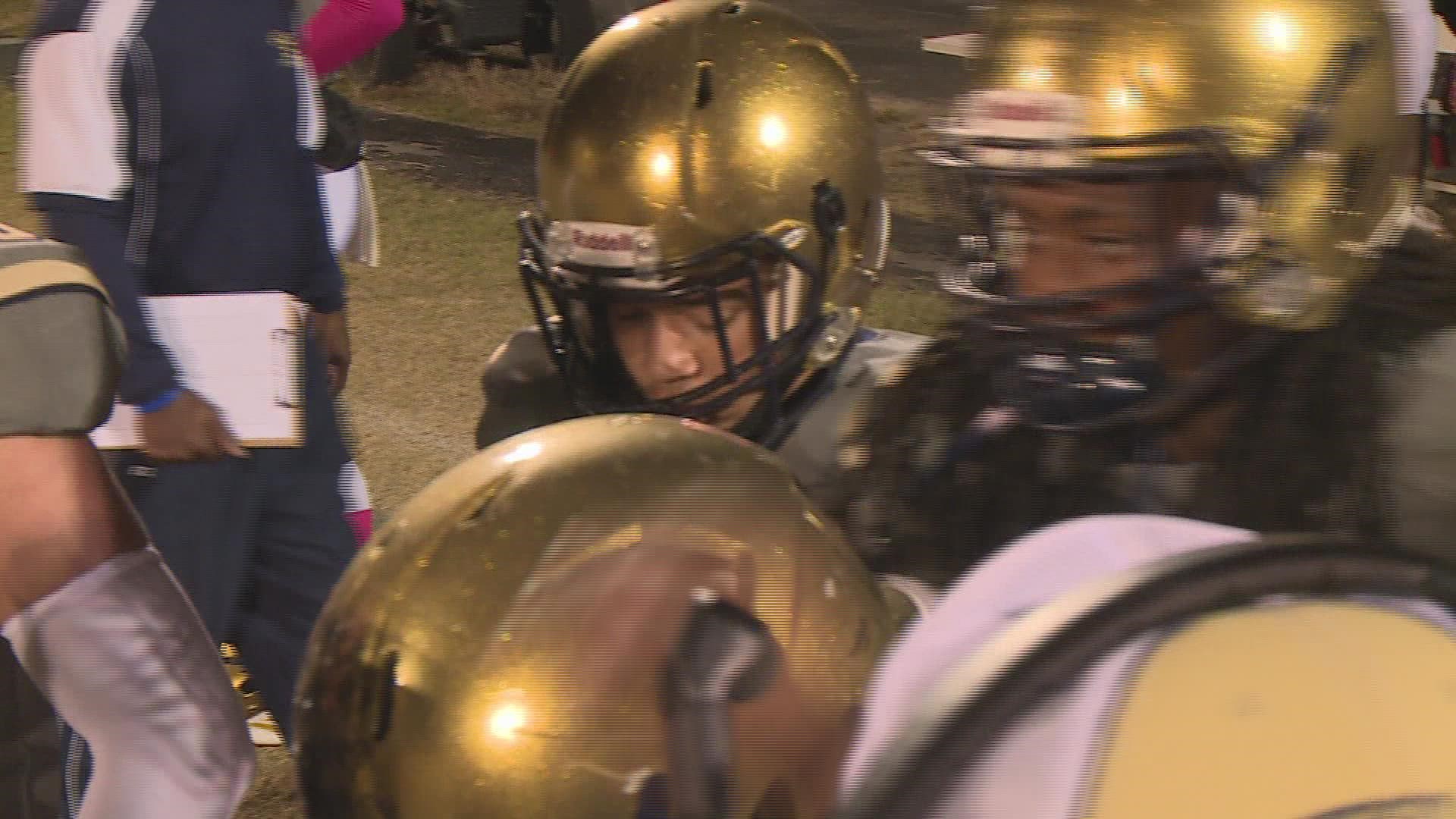