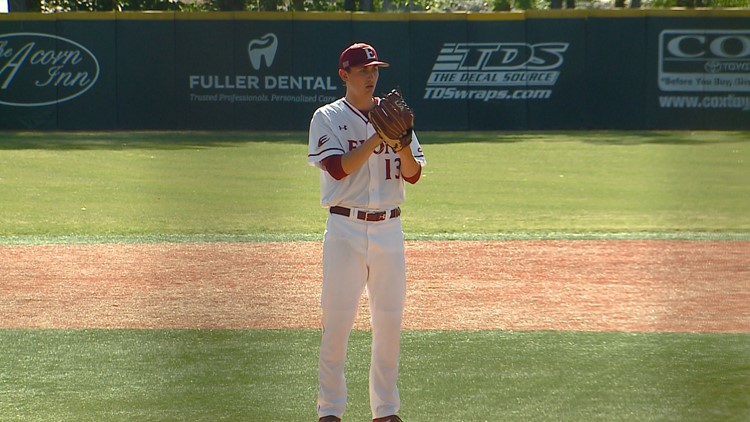 The junior from Rye, N.Y. became the program's first first-round selection in an MLB Draft last week as the Seattle Mariners used its 20th pick on the hurler last Monday night, June 3. The 2019 CAA Pitcher of the Year finished the 2019 season with an 8-2 record with and a 2.75 ERA through 14 starts. In 88.1 innings, he tossed three complete games and struck out 107 batters. Additionally, he issued only six walks and finished his junior campaign as the national leader in both strikeout-to-walk ratio (17.83) and walks allowed per nine innings (0.61). As of May 26, he also ranked 11th in the nation in WHIP (0.89) and was tied for 13th in complete games.

Kirby was also an All-CAA First Team selection, a three-time conference pitcher of the week, and a 2019 Golden Spikes Award semifinalist.

This is the fourth year in a row that Elon has had an All-American. Louisville Slugger tabbed Nick Zammarelli a third-teamer in 2016. Last season, Kyle Brnovich was a first-team selection by Perfect Game/Rawlings and was named a second-team honoree by Baseball America, NCBWA, D1 Baseball, and ABCA/Rawlings lists.