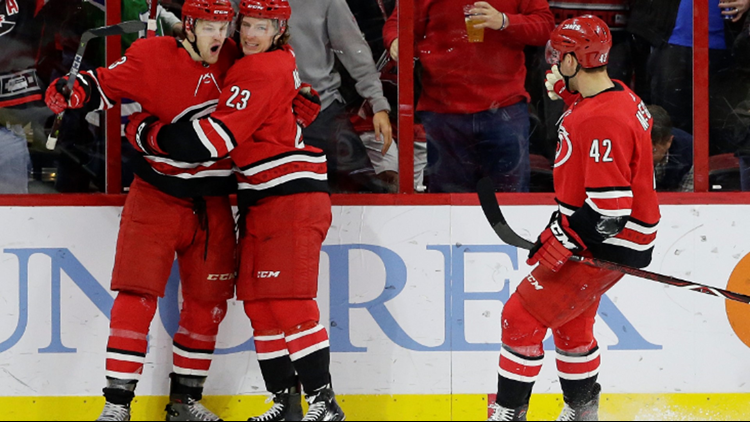 RALEIGH, N.C. — Justin Faulk scored the go-ahead goal in the second period, and the Carolina Hurricanes clinched their first playoff berth in a decade by beating the New Jersey Devils 3-1 on Thursday night. 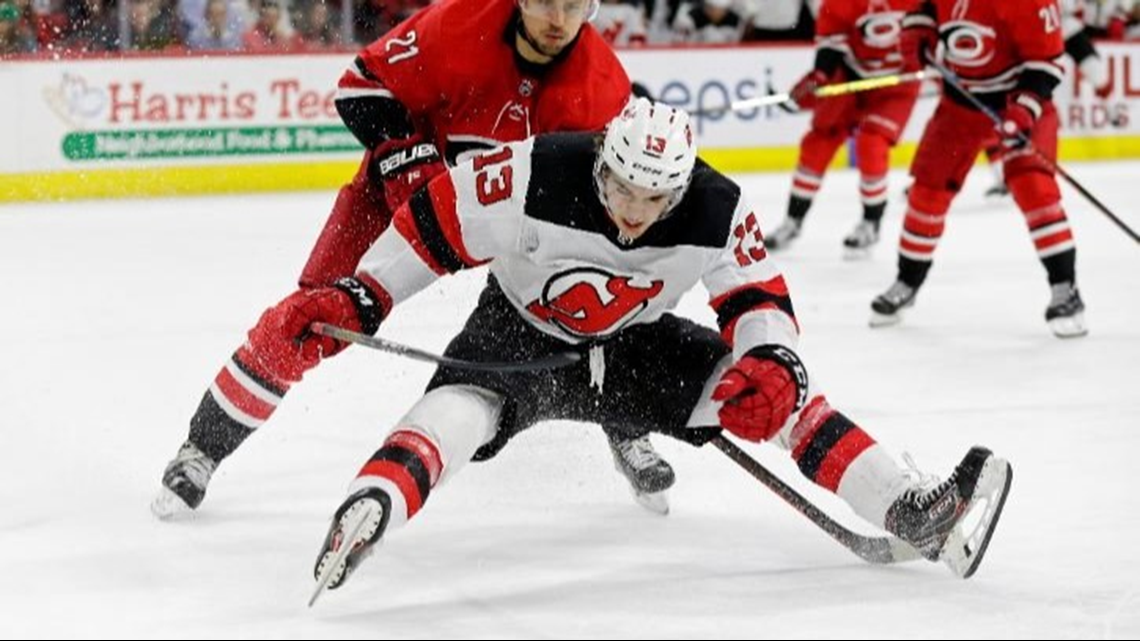 The victory - coupled with Montreal's loss at Washington - wrapped up Carolina's first postseason berth since 2009 and just its second since winning the Stanley Cup in 2006.

It came exactly 10 years after the Hurricanes clinched their most recent playoff berth on April 4, 2009, when they beat Pittsburgh. These Hurricanes will enter their regular-season finale with 97 points - matching that 2009 team for second-most in club history.

Andy Greene scored and Cory Schneider stopped 22 shots for the Devils, who have lost three of four and have clinched last place in the Metropolitan Division.

Petr Mrazek made 35 saves for the Hurricanes, who avoided joining the Florida Panthers from 2001-11 and the Edmonton Oilers from 2007-16 as the only clubs to miss the postseason for 10 consecutive seasons. During the second period, the fans chanted "We want playoffs!"

Just a few months ago, that would have been a ridiculous thought. On Dec. 30, Carolina was one point out of last place in the East with a 15-17-5 record.

Foegele livened up a tense PNC Arena crowd by scoring the tying goal with 9:57 left in the first. He slipped past behind the Devils' defensemen and Dougie Hamilton hit him with a pretty pass that set up his breakaway chance.

Faulk then put the Hurricanes up with a power-play blast from the point 96 seconds into the second. This was his 558th career game - but all of those have come in the regular season, giving him the most among active Hurricanes without skating in a single postseason game.

Greene put the Devils up 1-0 by taking a feed from Michael McLeod and beating Mrazek with a wrist shot from behind the circle at 4:56.