Lawrence leaves the door open for a senior season at Clemson

Clemson quarterback Trevor Lawrence admits he is not 100 percent committed to leaving school after this season. 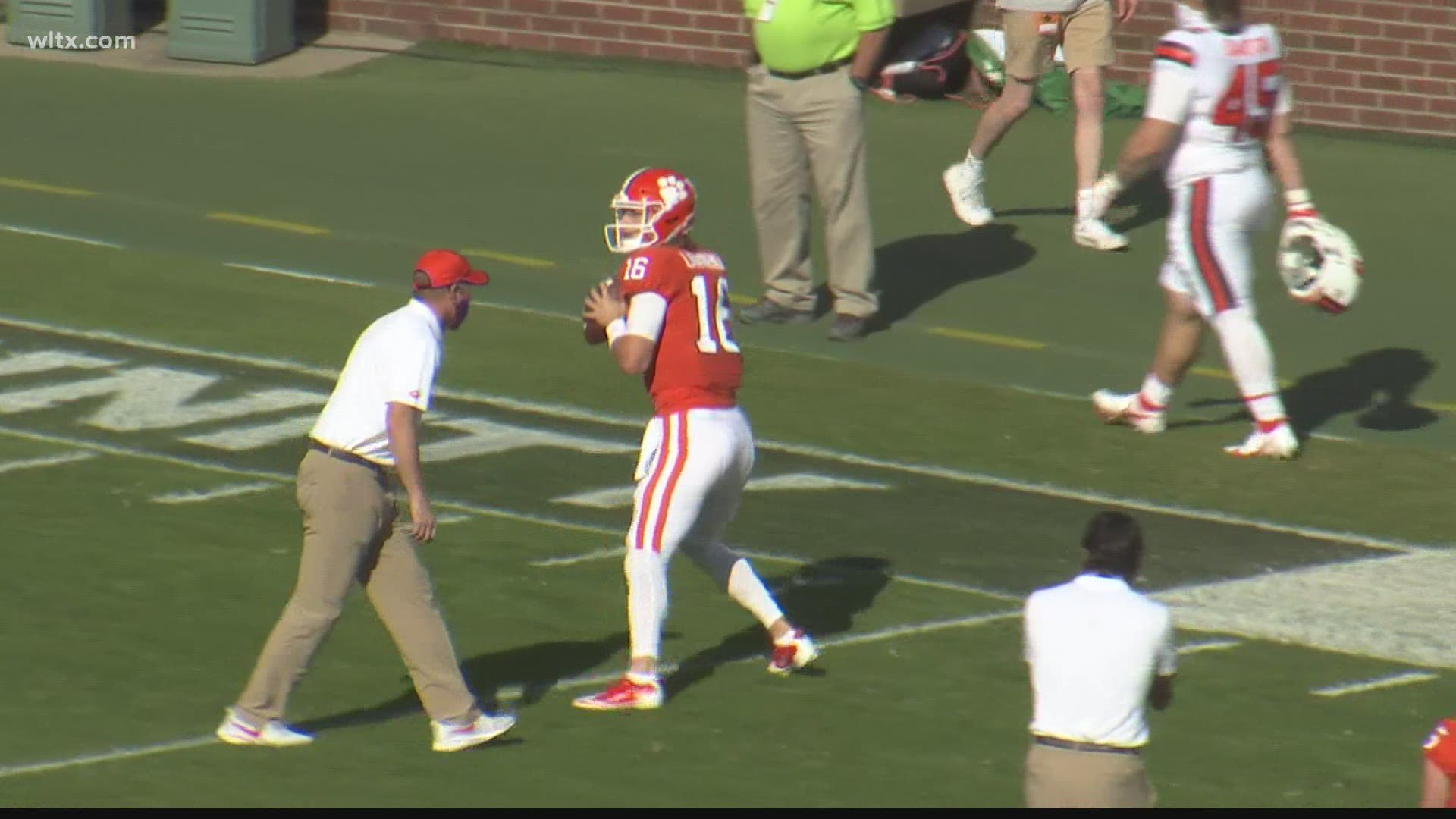 Clemson quarterback Trevor Lawrence made a little news on the day of the season opener at Wake Forest by telling ESPN that he would be leaving school after this, his junior season.

That raised no eyebrows as Lawrence could very well end up being the top pick in the 2021 NFL Draft.

Then the "Tanking for Trevor" hashtag took off on social media and with every loss suffered by the winless New York Jets, came speculation as to how Lawrence would handle going from one of the premier programs in the country to a franchise that is embroiled in chaos.

On Tuesday, Lawrence was asked if he was there was still a chance he could return of if he is indeed in the final quarter of his college career.

I don’t know. We will have to see how things unfold,” Lawrence said.

“I think there are a lot of factors in that. But, honestly, just really playing this year and putting everything I have into it and not really focus on next year or whether I leave or stay. Obviously, I have the option to do either one. Kind of my mindset has been that I am going to move on. But who knows? There are a lot of things that could happen.”

Lawrence currently leads the ACC with 1,833 yards passing and 17 touchdowns through the air. Clemson is currently at the top of the national polls and that is where Lawrence is putting his focus, not on his next landing spot.

“Obviously, I can’t control it and really just trusting that God has a plan for me no matter where that is, no matter where I go. Whether that is across the country or that is close to home or I stay another year. No matter what it is, we will work it out. I am not sure. That is a tough one. We will see how it all unfolds."

Trevor and the Tigers return to action Saturday against Boston College.