Coca-Cola 600 gets back on track with fans this Sunday

Tickets are still on sale for the event, and there are no capacity restrictions 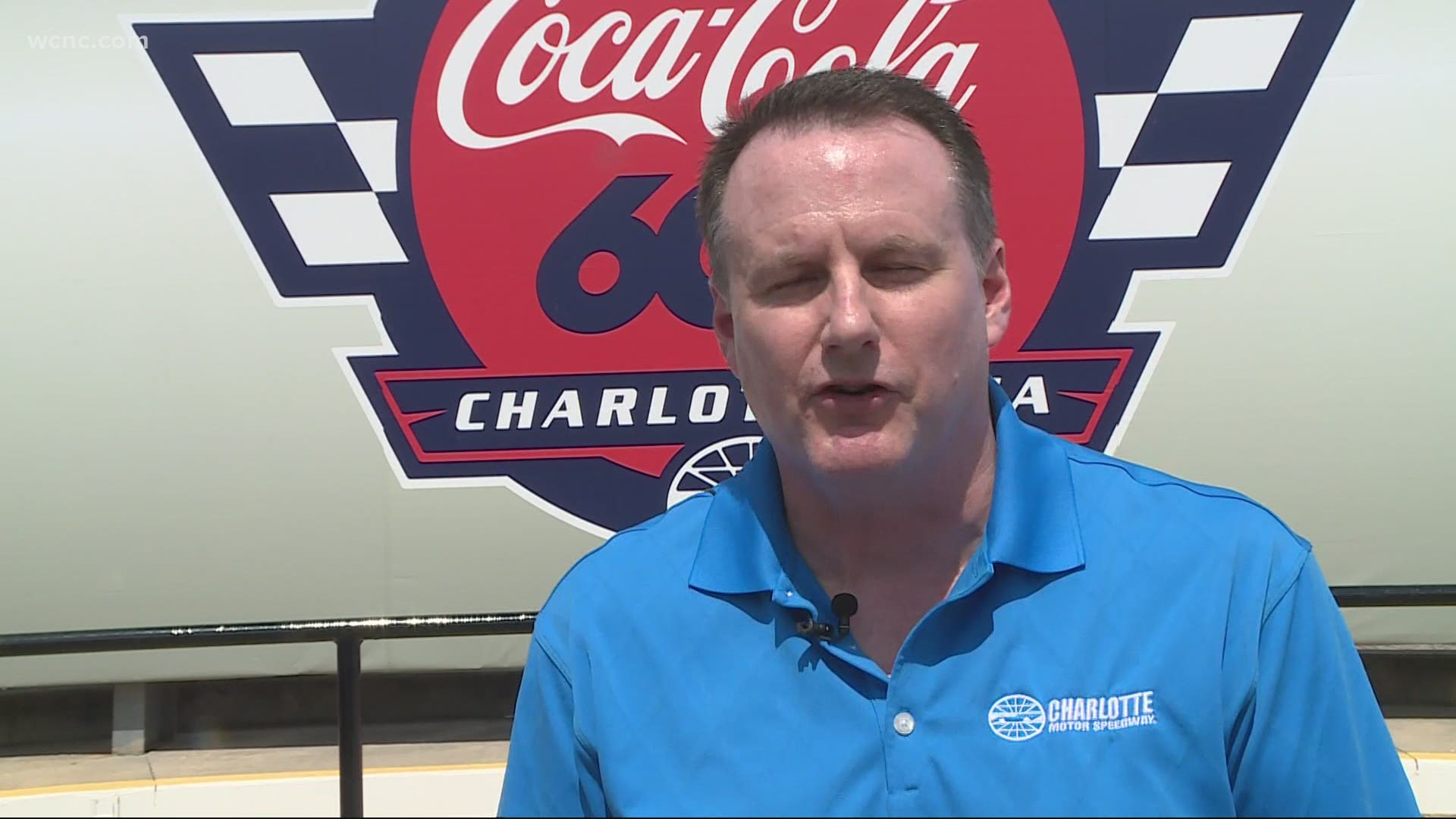 CHARLOTTE, N.C. — It's always a special weekend when NASCAR is back home.

"The fact that the entire sport has grown up around Charlotte Motor Speedway," Scott Cooper, Senior VP of Communications for the track said, "that's what has made this event a crown jewel in NASCAR."

A crown jewel event that had no crowd last year.

But what a weekend this year.

Full capacity, and all the pomp and patriotism of the Coca-Cola 600, Memorial Day weekend we've come accustomed to for the last sixty years.

"Really proud to represent those veterans on the back of our Ford Mustang," XFinity Series driver Austin Cindric said.

Jay Leno will be a Grand Marshal, and Panthers star Christian McCaffrey will be at the wheel of the pace car.

"I don't know how fast I'm supposed to be going," McCaffrey said. 'If there's a record I'll try to get there. Barring I don't crash it. I don't want to be the only one to do that."

The race is a meaningful one to the drivers, and some of the sports' most memorable moments have come on this weekend.

There's also some big-name drivers like Denny Hamlin and Joey Logano who have yet to add it to their long list of accomplishments.

"I don't think any Hall of Fame career is going to feel complete for a lot of these drivers until they can get this trophy in their trophy case," Cooper said.

Logano has won 27 Cup Series races, and a series title, but not the Coca-Cola 600.

"There's a lot on the line, throughout this race," he said. "So you've got to make sure you're on it. Six-hundred miles is a long one, a tough one."

This weekend marks one of the only stops this season that holds practice and qualifying laps.

That added to tens of thousands of fans expected on Sunday makes things feel a bit more normal.

Gotta be a pair of favorites Sunday: Kyle Larson and Chase Elliott going over some things after practice for the Coca-Cola 600 at @CLTMotorSpdwy @wcnc #NASCAR pic.twitter.com/qU6ffeIEJW

"When we first started coming back to these races fans were at, the boos were back, and everything felt like it was getting back to normal," Kyle Busch said. "It's nice having them, and they enjoy coming back."

Hamlin, currently No. 1 in the series standings, hopes it helps him win his first Coca-Cola 600.

"It's exciting here on practice day to have some fans here," Hamlin said. "It's great to be back and have somewhat of a normal weekend."

Tickets to the race are still on sale here.