Hartle is the first Gatorade North Carolina Baseball Player of the Year to be chosen from Reagan High School. 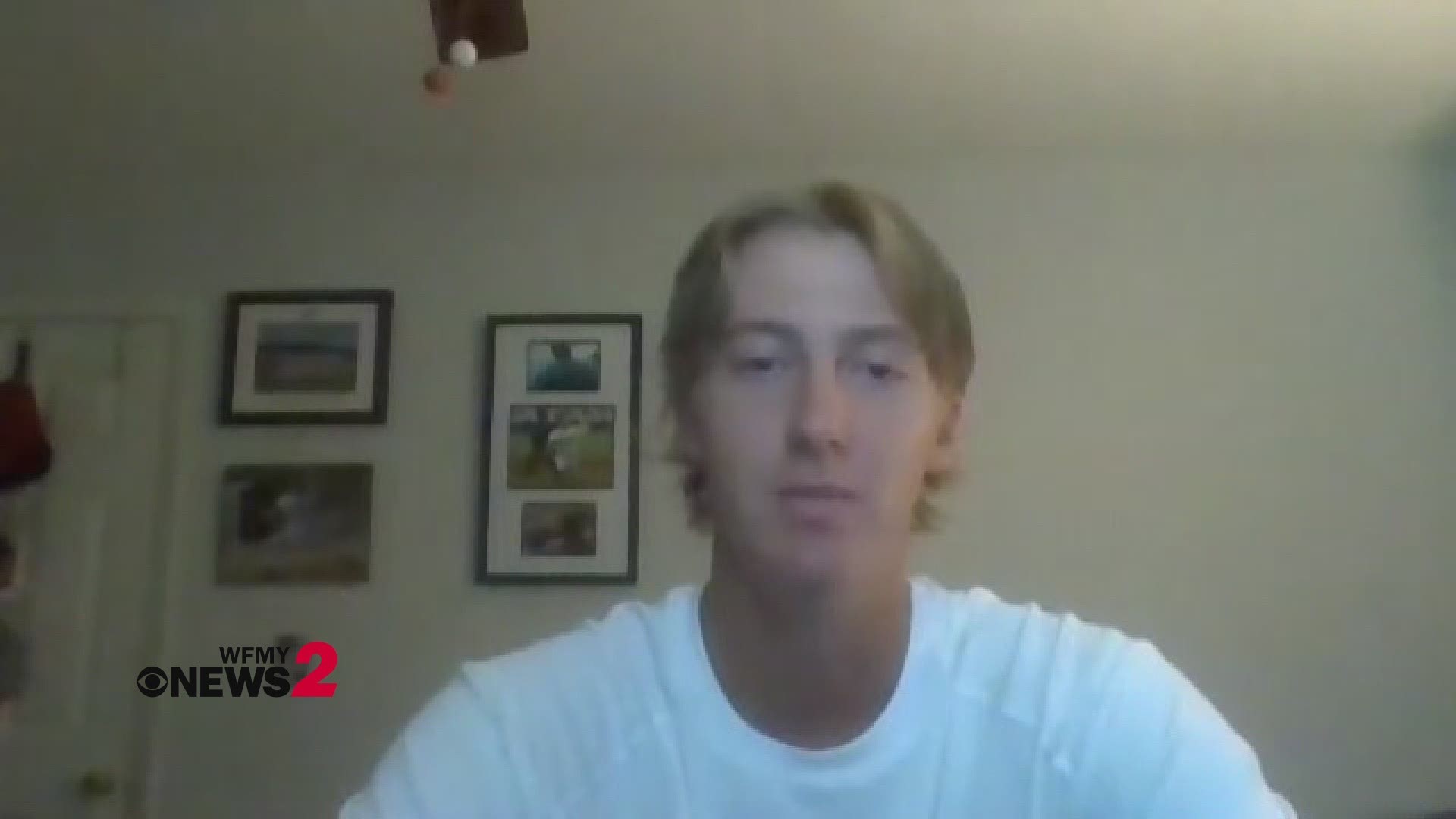 Hartle is the first Gatorade North Carolina Baseball Player of the Year to be chosen from Reagan High School.

The award, which recognizes not only outstanding athletic excellence, but also high standards of academic achievement and exemplary character demonstrated on and off the field, distinguishes Hartle as North Carolina’s best high school baseball player.

The 6-foot-5, 225-pound senior left-handed pitcher and first baseman had led the Raiders (14-2) to the Class 4A quarterfinals at the time of his selection. Hartle compiled an 8-0 record on the mound with a 0.60 ERA and 82 strikeouts against just five walks in 46.2 innings.

The nation’s No. 4 draft prospect as ranked by PrepBaseballReport, he also posted a .429 batting average with three home runs, 19 runs scored, 18 RBI and an OPS of 1.201 through 16 games.

Hartle has volunteered locally with an elementary school literacy-outreach program and helped raise nearly $400 to benefit the OK Kids Korral in association with the Toby Keith Foundation. “Josh Hartle is not just one of the best competitors I’ve coached against, but also one of the best people off the field,” said Bradley Rudisill, head coach at Davie County High. “He treats the game, opponents, officials and others around the game with class and respect.” Hartle has maintained a 3.38 GPA in the classroom.

He has signed a National Letter of Intent to play baseball on scholarship at Wake Forest University this fall.

The selection process is administered by the Gatorade Player of the Year Selection Committee, which works with top sport-specific experts and a media advisory board of accomplished, veteran prep sports journalists to determine the state winners in each sport.

Since the program’s inception in 1985, Gatorade Player of the Year award recipients have won hundreds of professional and college championships, and many have also turned into pillars in their communities, becoming coaches, business owners and educators.