"It was hard just even waking up in the morning and I was in so much pain that I had a hard time talking to the people I cared about the most. I felt like I was a failure because I had no offers." 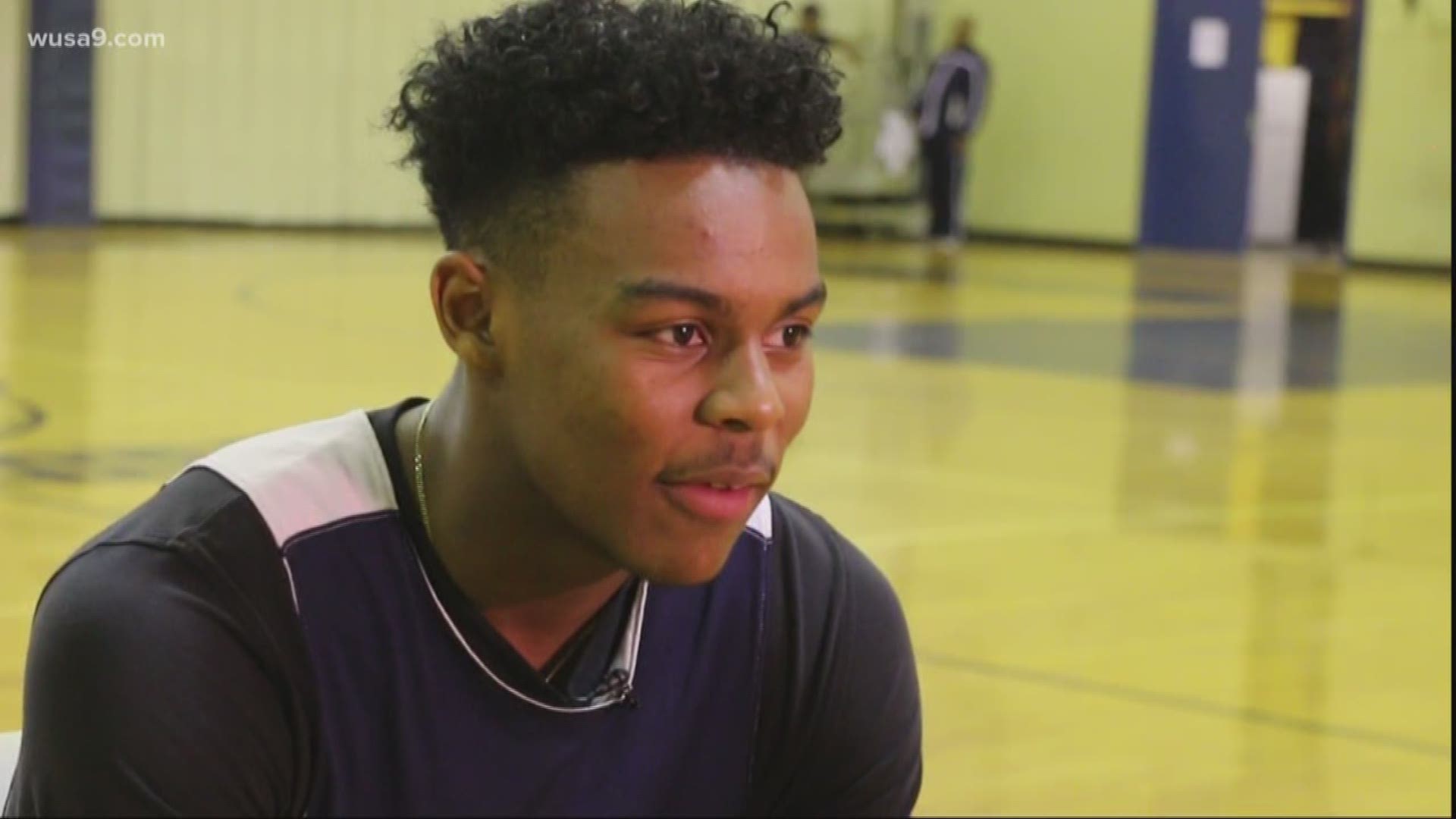 "I definitely have the short man syndrome," Riverdale Baptist Donovann Toatley said with a laugh. "I'm like 5'7" 5'8", if that but I feel like I'm a giant. I feel like I take up a lot of space even though I don't."

What he lacks in size he makes up for in his sensational game. One of the top guards in the country, he flies amid the giants and scores at will. When you watch him play, it's art in motion. His handles are a thing of beauty.

With those handles, he’s scored so much at Riverdale Baptist that out of all the kids to ever play for the Crusaders Donovann’s dropped the most points all-time. The crazy thing?. He accomplished that in TWO years.

"To this day, I still cannot believe it," he commented. "Me myself, 5'8" Donovann Toatley, out of all the pros and great players to come out of Riverdale, it's unbelievable."

Crusaders head coach Lou Wilson says he's never seen a kid his size do what he does at this level.

"He’s really turned into what I think is the premier player in the Washington DC area," Wilson said.

And perhaps a premier poet? Donovann writes poetry about love and feelings.

Here was an excerpt from one of his poems for his girlfriend: But my soul she has already acquire so captivated by this woman. All I can do is restlessly admire. And she is the muse from which these thoughts inspire.

This past June though the love poems and good times were gone. Donovann was in a very dark place. He had worked his butt off from the age of one to now to play college ball. But no schools wanted him. Zero offers were on the table for him.

"I was in 24-hour fitness working out," he said when things turned sour. "I just dropped to my knees. It was like six in morning. I just drop and cried in middle of gym floor. I didn’t know what I was gonna do at this point. I was very depressed. I had severe insomnia. Life wasn't really for me at the time. I thought I had wasted 17 years of my life doing something that wasn't going to work out."

No longer was a towering 6'8" center his biggest challenge but rather himself.

"It was hard just even waking up in the morning and I was in so much pain that I had a hard time talking to the people I cared about the most. I felt like I was a failure because I had no offers."

The depression caused many sleepless nights. He worked out religiously and ate just once a day because the dream had to be fulfilled.

"It got to the point where his eye started twitching because he was so worried about getting an offer," Donovann's dad Donald added.

"Seeing the way he was, it was very troubling," his mom pointed out.

They eventually had to get him sleeping pills because it was that hard for him to go to bed.

So what turned it around? Well, he came across the Alchemist one day in July. It's an international bestseller by Paulo Coelho. The book focuses on the power of positive thought. One quote stood out in particular for him: “And when you really want something the universe conspires in helping you to achieve it."

The very next day he played great in an AAU game and he got the call he had waited so long for. Chattanooga offered him a full-ride scholarship during a bus ride.

He was so stoked that he stopped listening to coach Lamont Paris after he told him the news.

It gets even better because Chattanooga ended up being the school he committed too.

"It’s crazy how a couple of words can change your life," the 17-year-old remarked. "It [the book] saved my basketball career.

I asked him during our interview if the Alchemist and the quote saved his life.

"Yea, it did save my life," he said with a big smile. "It saved my life so much that I was about to get the quote tattooed on me over the summer. It saved my soul."

"It’s a powerful story and I think he can be an inspiration to a lot of kids," his dad chimed in

"I feel invincible now. Like I have the most confidence in the world. Even if Lebron is checking me, I feel I can score on him at any given moment."

Most importantly, the little guy says he's the happiest he's ever been in life and hope he never has to go through that rough patch in his life again.

He is the latest athlete to come out and share their story about mental heatlh. NBA stars DeMar DeRozan, Kevin Love, and Kelly Oubre also have revealed their mental health struggles. Nicknamed Don, the senior says seeing their stories was shocking but helped him know that he wasn't alone.

Donovann will begin his next chapter in at Tennessee Chattanooga this fall where he won't face any opponent as tough as depression. And that's bad news for SoCon teams.