"It taught me how to win": NC State basketball player credits Triad for success on court

Northern Guilford alum Elissa Cunane reached 1,000 points at NC State and the Wolfpack are ranked as the number 4 team in the country. 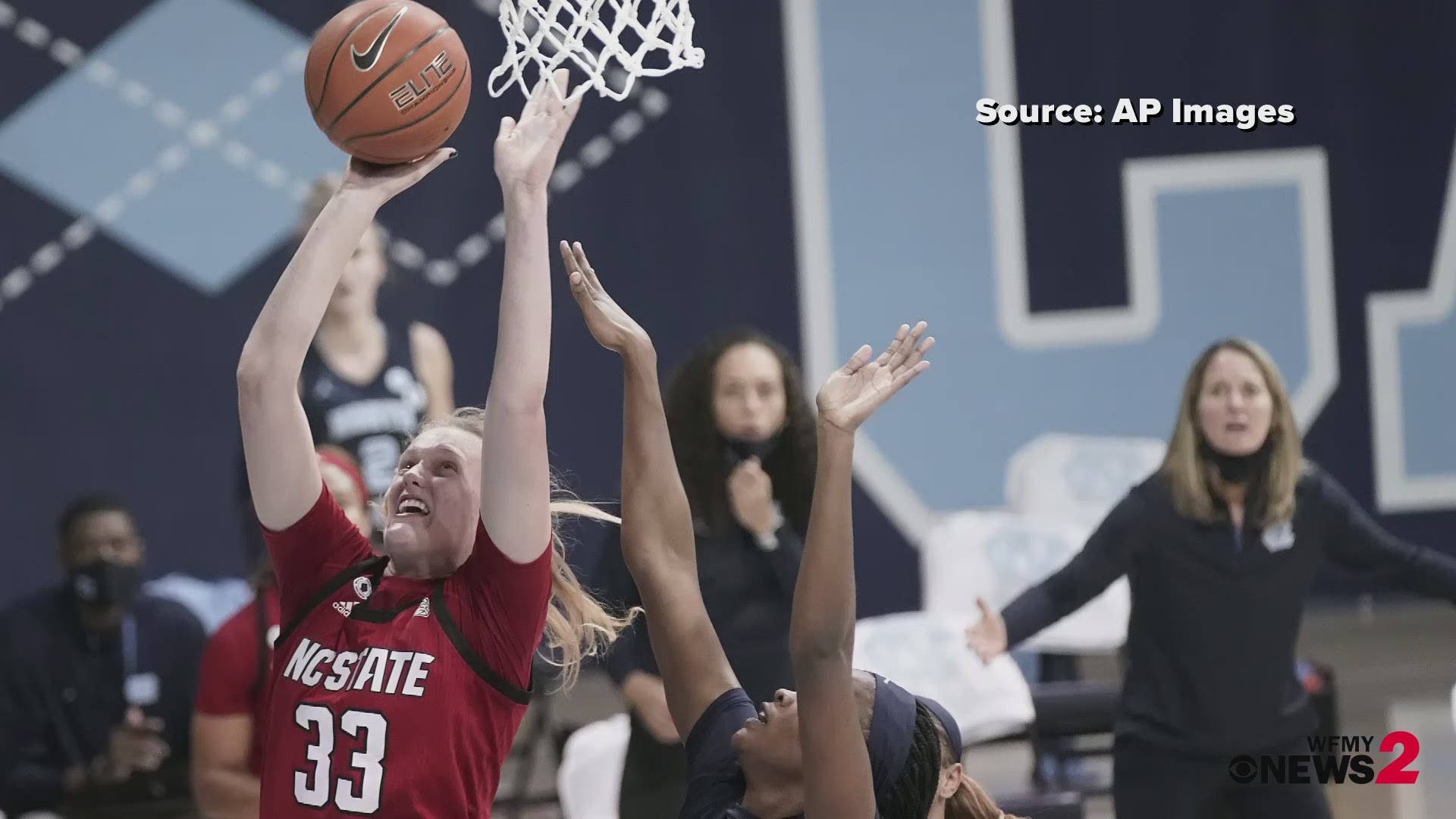 GREENSBORO, N.C. — The 2021 ACC Women's tournament is a few weeks away. The tournament is set to run March 3-7. It may look different this year, but NC State is set to remain a top contender.

Not only are the Wolfpack ranked number 4 in the country, Cunane has been producing on offense. She reached 1,000 points in an NC State uniform earlier this season.

“Its crazy to me to hear all the stats and people who have done it at NC State, to have my name in a sentences with theirs its so cool," said Cunane. "It’s a testament to my teammates how we’re able to work the offense.”

"It was really such a community and family at Northern," said Cunane. “It taught me how to win. Coming to college, I expected to win and be in big games.”

Big games are coming as the regular season comes to an end and the Pack prepare for the post season. The ACC tournament is in Cunane's hometown.

“When we drive through Greensboro, I just have a little feeling, to know that it's where I'm from," said Cunane. "My house is 20 minutes away. "It's so cool to know I'm basically on my own territory and it's not like games are away.”

Even though she's excited, Cunane said her and her team are taking the rest of the season one game at a time.

"I hope my team is able to go out and give it their all for every single game and not focus on the next one, and do everything we can to win the game in front of us," said Cunane.