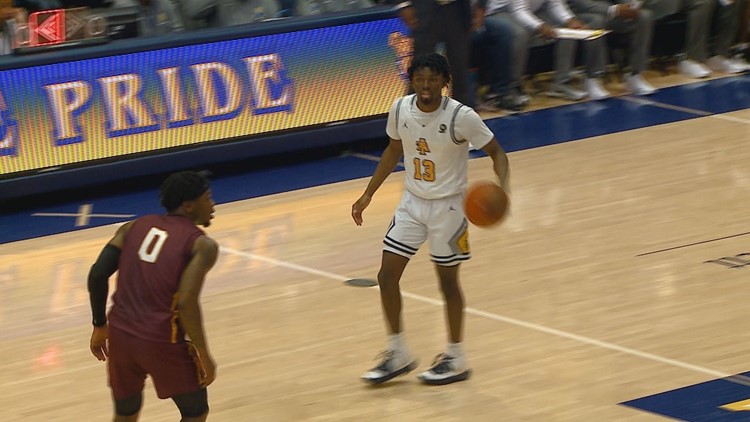 EAST GREENSBORO – Junior guard Kameron Langley has earned Mid-Eastern Athletic Conference (MEAC) player of the week honors for his efforts in the Aggies past two games.

It is Langley's first career MEAC player of the week honor. He is also the first Aggie to earn Player of the Week this season.

Against Del State, Langley posted the first triple-double in recent history for N.C. A&T with 15 points, 12 assists and 10 rebounds. Langley was just four rebounds away from averaging a triple-double for the entire week.