Sophomore forward Ismael Massoud had a historic night, finishing with a career-best 31 points including an 8-of-10 shooting performance from behind the arc. 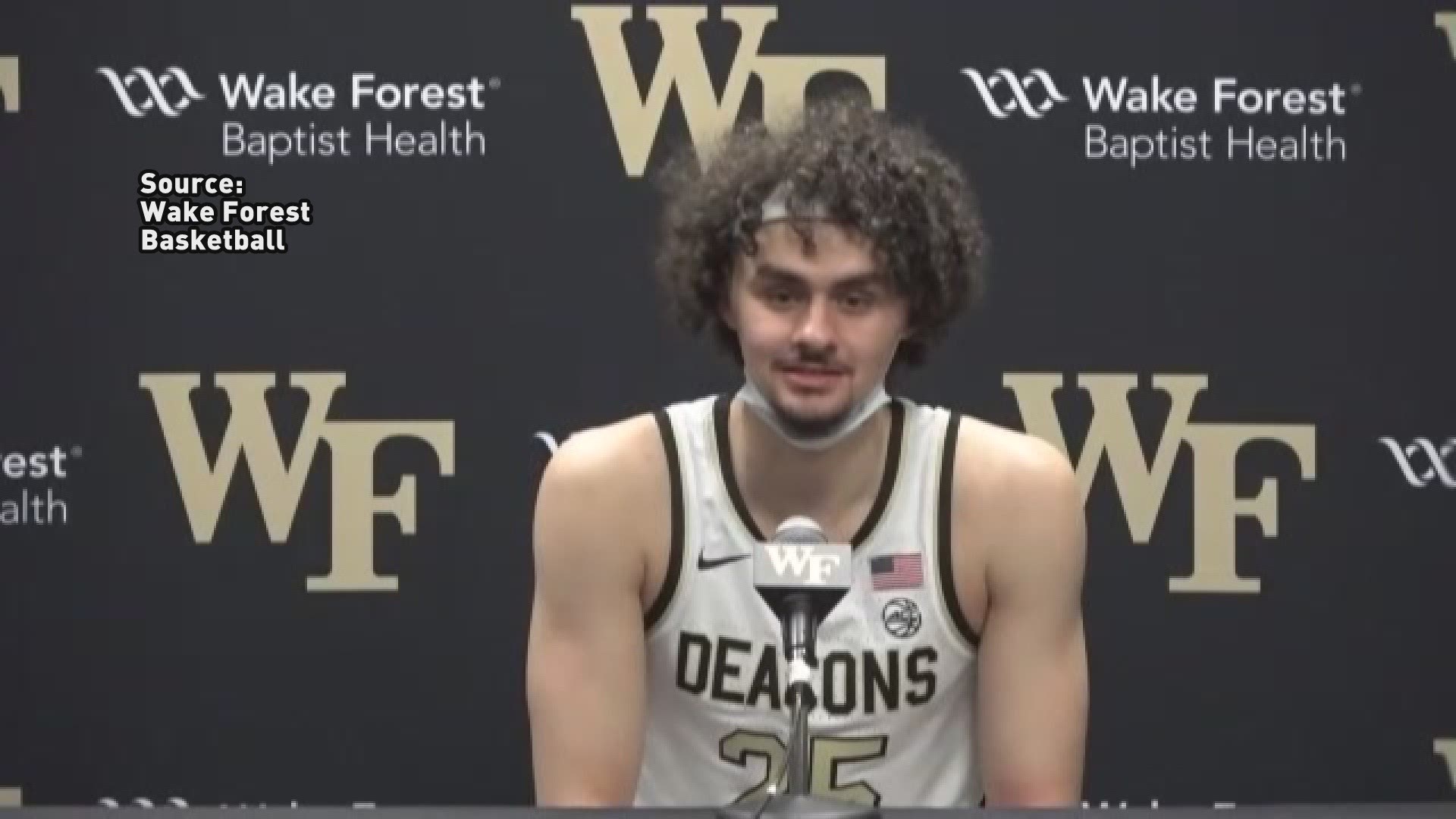 The Deacs first-year head coach also crossed a career milestone, as he captured his 300th career victory as a head coach. During his career as a head coach, he has compiled an impressive mark of 300-112 (.728).

Wake Forest knocked down 15 three-pointers in the win on Saturday, its most in a conference game since the Deacons hit 19 against Clemson on Feb. 13, 2002.

The Deacs were led by sophomore forward Ismael Massoud, who recorded a career-high 31 points and eight three-pointers. The East Harlem, N.Y. native is one of seven players in program history to have ever made eight triples in a game. Additionally, he tied the Wake Forest record for three-point makes in a regulation game and his 8-of-10 shooting performance is the best percentage from distance in school history (min. 8 attempts).

Grad transfer Jonah Antonio also recorded his best game of the season, as he totaled a season-high 15 points and went 4-of-7 behind the arc. The Perth, Australia native was a key component of the victory, with 11 points between the under-12 timeout in the second half to the 9:19 mark. During that stretch Wake Forest grabbed a 63-57 lead.

Stat of the Game

Sophomore forward Ismael Massoud had a career night, posting 31 points on 10-of-14 shooting and 8-of-10 from behind the arc. His 31 points are tied for the most by any ACC player in a conference game so far this season.

“I’m really proud of my team. They’re just a resilient bunch of guys. This is their seventh game since January 4th and they haven’t had a lot of practice time, but they’ve been so positive and worked so hard. We had a great practice yesterday, they were ready to play and I thought that really carried over to the game. I thought Pitt really came out and popped us good, we couldn’t guard them in the first half. Champagnie is a hell of a player. I thought they were one of the more physical teams we have played all year long. We were really struggling with their physicality. I challenged our team at halftime that if we don’t defend, if we don’t get those guys on the ice ball screen, we’re going to have a hard time winning. I thought our defensive intensity improved, and we were able to take on the physicality a lot more in the second half.

I thought Emmanuel Okpomo really helped us in the first half defensively when Ody got two fouls early, and then Ismael came in with his best Steph Curry imitation tonight and made eight threes. We had to make 15 threes to win the game, but that’s who we are. I thought Jonah Antonio broke the game open a little bit in the second half. When we ran a couple out of bounds plays, got him wide open shots, got loose in transition and I thought he played with a lot of energy too. We didn’t end the game very well. They went to the Alamo, which is zone, which is kind of our kryptonite right now, and we’re so reluctant to drive the ball in the gap. We work on it, but not enough, and that’s on me.

On Daivien’s situation at the end of the game, we had one timeout left. I told them, if you get trapped, take on the trap and then if they’re not going to foul you, you could call a timeout. Because we had one and he didn’t, they stripped him. Credit to them, they’ve got a good basketball team, and I thought we beat a really good ACC team today.”

Wake Forest will travel to NC State on Wednesday night for a 8 p.m. tip in Raleigh. The game will be broadcast on ACC Network.