Deacs Finish 2020 with victory over Catawba

Four Demon Deacons finish in double figures including freshman guard Carter Whitt who made his collegiate debut on Wednesday. 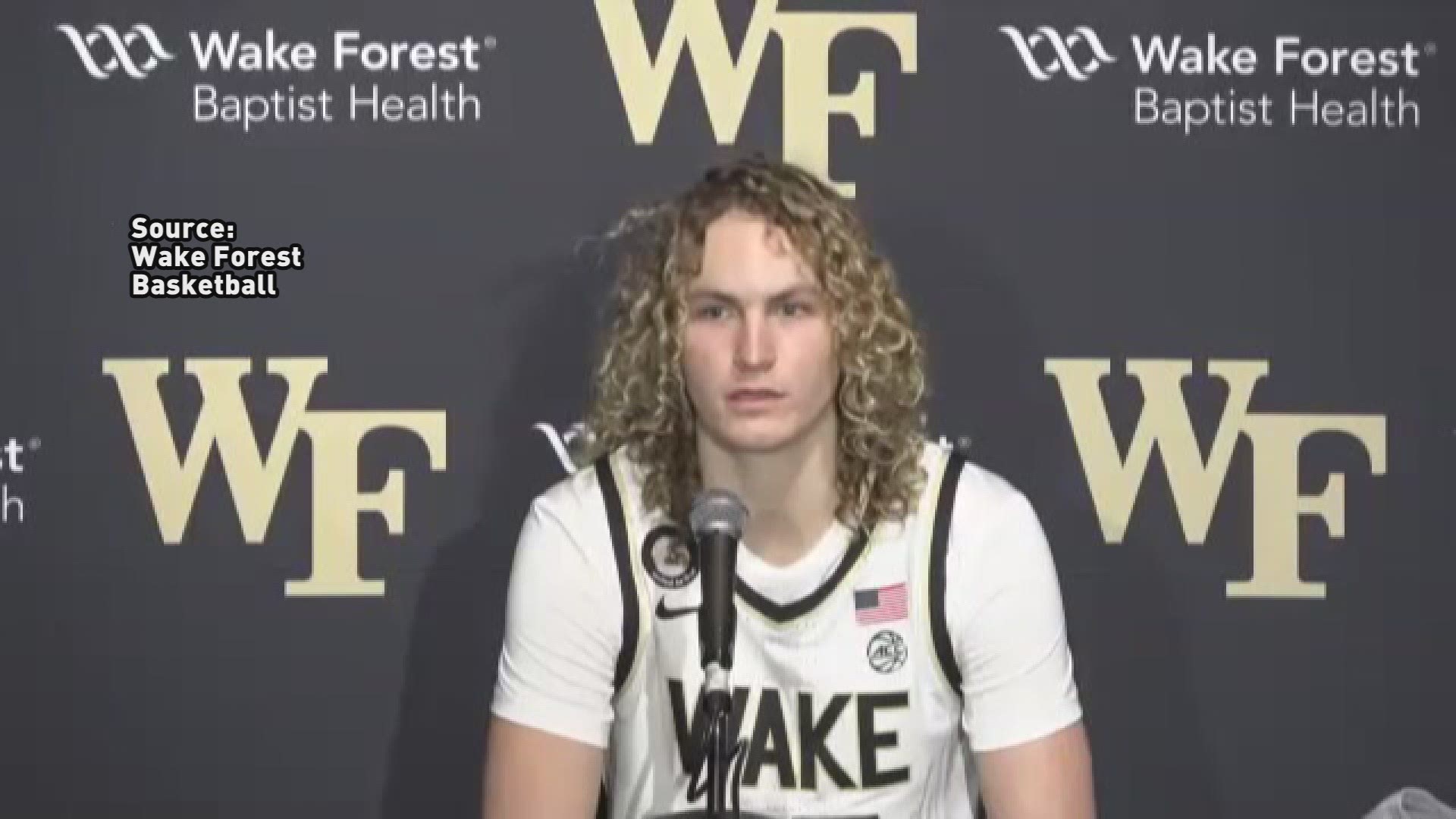 WINSTON-SALEM, N.C. - The Wake Forest men’s basketball team closed out 2020 with a 70-62 victory over Catawba on Wednesday evening.

The victory is No. 299 in head coach Steve Forbes career as he will go for No. 300 at Georgia Tech on Sunday night.

It marked the debut for freshman guard Carter Whitt, who signed with the Demon Deacons (3-0) in November. 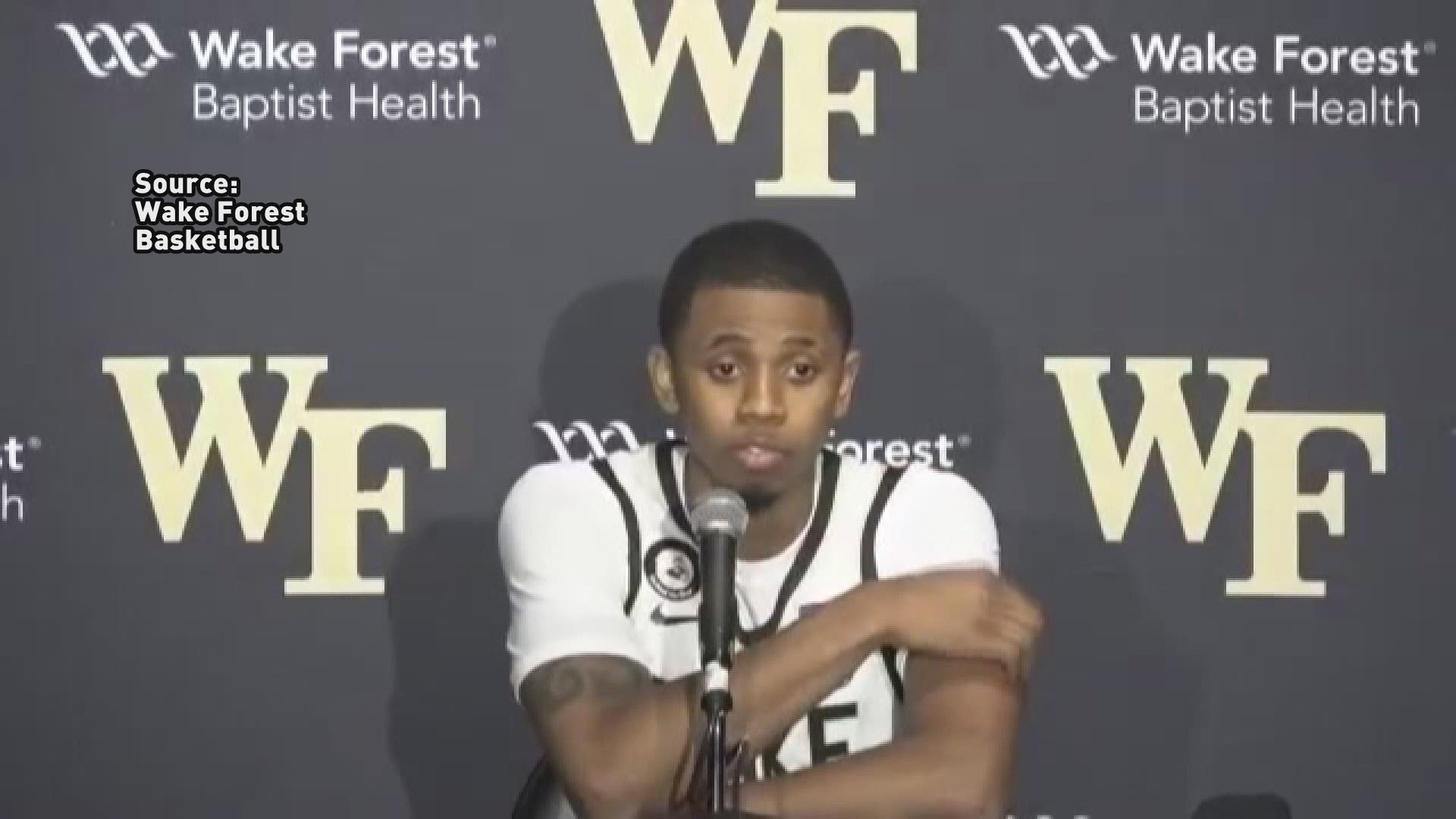 Isaiah Mucius totaled nine of his 11 points in the second half to help the team enter Atlantic Coast Conference play with an unblemished 3-0 record. He also tied Williamson with seven boards.

The Demon Deacons continued to remain efficient at the free throw line, going 20-of-25 from the charity stripe. This included knocking down 12-of-14 attempts at the line down the stretch to help seal the victory over the Indians (2-4).

Wake Forest came into the game ranked 16th in the country in free throw percentage, hitting at a 77.8 percent clip through the first two games. The Deacs’ season average now sits at 78.5 percent on the season.

● After both teams traded baskets in the opening possessions of the game, the Demon Deacons took control at the 16:59 mark of the first half.

● A Jahcobi Neath layup off an assist from Jalen Johnson helped start an 18-0 run for Wake Forest. By the end of the run, the Deacs led 21-4 over the Indians.

○ Neath and Ismael Massoud combined for 11 points during the run.

○ During the run, freshman Carter Whitt made his collegiate debut, assisting on two of the Deacs made baskets.

● From that point the game tightened throughout the remainder of the half as Wake Forest took a slim 32-30 lead into intermission.

● Eight of the nine Demon Deacons who played in the first half found the score column as no Wake Forest player had more than six points.

● Although the Deacs never trailed after their 18-0 run in the first half, the game remained close throughout much of the second stanza.

● A pair of free throws from Neath with 5:45 left in the game helped push the Demon Deacon lead back to double digits at 60-49.

● The Deacs’ lead shrunk down to 65-61 with 1:14 remaining in the game after a three from the Indians on the left wing.

○ On the next possession, Isaiah Muscius sank a pair of free throws to help extend the lead out to six points.

● Wake Forest continued to salt away the game at the line as the Deacs final 12 points came from the line as Steve Forbes remained undefeated and earned his 299th career victory.

After a made three by Catawba made the game a four-point contest (65-61) with 1:16 remaining, Isaiah Mucius knocked down a pair of free throws at the other end to help put the game away for Wake Forest.

Stat of the Game

This marks career win No. 299 for head coach Steve Forbes. He will have a chance to get his 300th career win and first ACC conference win at Georgia Tech on Sunday.

“Well it’s obviously been a long time since we played, and it looked like it today. We are thankful that Catawba was able to come and play today. I knew it was going to be rough, I just didn’t know how it was going to unfold. I think it doesn’t take much knowledge to understand that we’re not a very good rebounding team, and that was very apparent today. I think that’s something that is just, go get the ball, block out, and have a nose for it. I was hopeful that Ody would help us in that area but Damien Williamson was our leading rebounder. Him and Isaiah Mucius, who I’ve been on and on about getting on the offensive glass. I think that’s something that I’ve got to do a better job of teaching too.

The turnovers were more than what we probably had, maybe it’s lack of practice, I don’t know, but I think we have guys doing things they can’t do. Pretty much 10 of the 16 turnovers were by guys that play the 4 and the 5 for us. That means they’re trying to do things they’re not capable of doing, and they need to move the ball. I thought that was a big problem. It’s interesting to me that these aren’t the things I see in practice.

In practice we move it, we share it, we get wide open shots. We get in the game, the lights come on and it kind of goes out the door for some of our guys. Not all of them, but many of them. We just put our head down and go right into traffic. We’re trying to drive, kick, swing, trying to move the ball and that didn’t happen tonight. We got up big when we did, and then we relaxed and let them in, you’ve got to give them credit. The book on us right now would be to just drive our guards and throw up on the rim and go get a rebound. Those are things we’ve got to fix and we’ve got to fix quickly, because as you guys know we play Georgia Tech on Sunday.”

The Deacs open conference play on the road Jan. 3 when they travel to Atlanta for a matchup with Georgia Tech. The game will air on ACC Network.

The last time a Steve Forbes led team traveled to Georgia Tech on Nov. 22, 2015 East Tennessee State walked out with a 69-68 victory over the Yellow Jackets.