The loss snapped a 12-game winning streak against Group of Five conference teams from outside the Sun Belt. 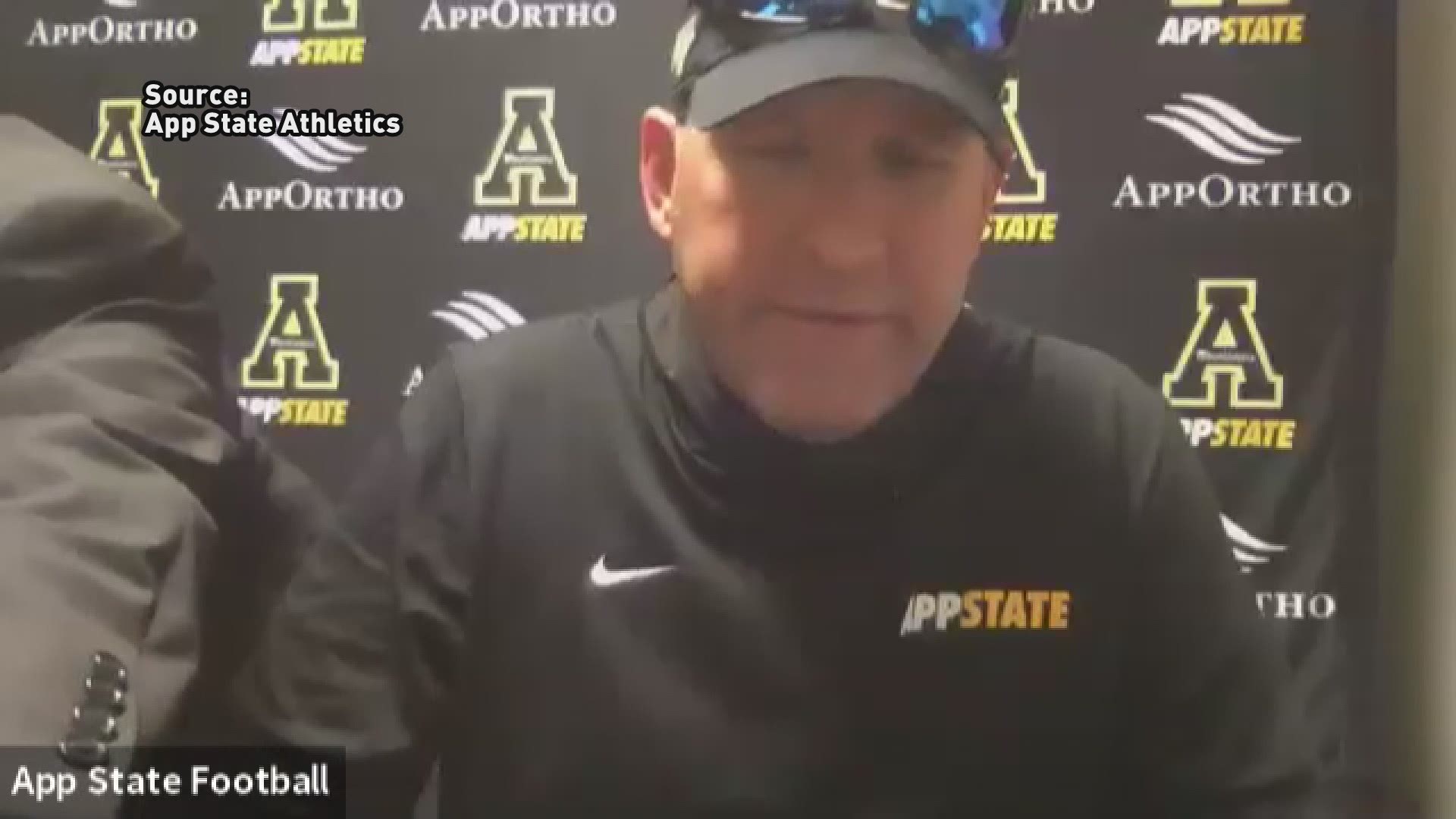 HUNTINGTON, W.Va.— App State’s impressive winning streak against Group of Five programs from outside the league ended Saturday, as Marshall pulled out a 17-7 home win in front of 12,050 fans.

After a highlight-reel touchdown grab by Jalen Virgil helped tie the game to conclude App State’s first drive of the day, Marshall (2-0) kept the high-powered and 23rd-ranked Mountaineers (1-1) from scoring again, even though they advanced inside the Thundering Herd’s 10-yard line on their first two fourth-quarter possessions.

App State had won its last seven games against Conference USA opponents since falling to Southern Miss in the Mountaineers’ third-ever FBS game in 2014.

The loss snapped a 12-game winning streak against Group of Five conference teams from outside the Sun Belt. UMass, an FBS independent, defeated the Mountaineers in 2017.

App State returns to action next Saturday with a noon home game against Campbell.

Marshall, moving forward from an 8-5 season in 2019, took the lead for good on Shane Ciucci’s 29-yard field goal with 2:28 left in the first half and extended its advantage on quarterback Grant Wells’ 12-yard keeper for a touchdown with 4:44 remaining in the third quarter.

A lost fumble on a fourth-and-1 pass for 41 yards to the Marshall 5 early in the fourth quarter and a missed 26-yard field goal with 2:54 left allowed the Thundering Herd to maintain a 10-point advantage.

App State quarterback Zac Thomas completed 22 of 38 passes for 268 yards, including the early connection with Virgil for an acrobatic, 11-yard score. Camerun Peoples rushed for a team-high 57 yards on 12 carries, and Malik Williams had five catches for 54 yards.

Backed up to the 11 for a first-and-goal snap, Thomas lofted a pass toward the left side of the end zone, and the ball descended beyond the defender’s reach, into the hands of Virgil. He secured possession and managed to drag his feet inbounds as he fell to the turf.

Ciucci’s short field goal late in the first half, forced by Shemar Jean-Charles’ end-zone breakup of a third-down pass, was the only other scoring in the first half. Daetrich Harrington had a 76-yard touchdown run overturned by a replay that determined his knee touched the ground near the line of scrimmage, and Huff intercepted a pass at the App State 24 following Cobb’s sideline deflection.

The Mountaineers moved into position for a tying or go-ahead score late in the half thanks to two pass interference penalties drawn by receiver Thomas Hennigan, who had made a diving, left-handed-only catch for 36 yards earlier in heavy traffic earlier in the half, but a third-down interception at the Marshall 14 ended that scoring threat.

Marshall moved ahead 17-7 with 4:44 left in the third quarter on Wells’ touchdown run, which followed a 67-yard completion to tight end Xavier Gaines. App State attempted to rally but came up short.