Scouts from 29 NFL Teams were in Winston-Salem for today's event. 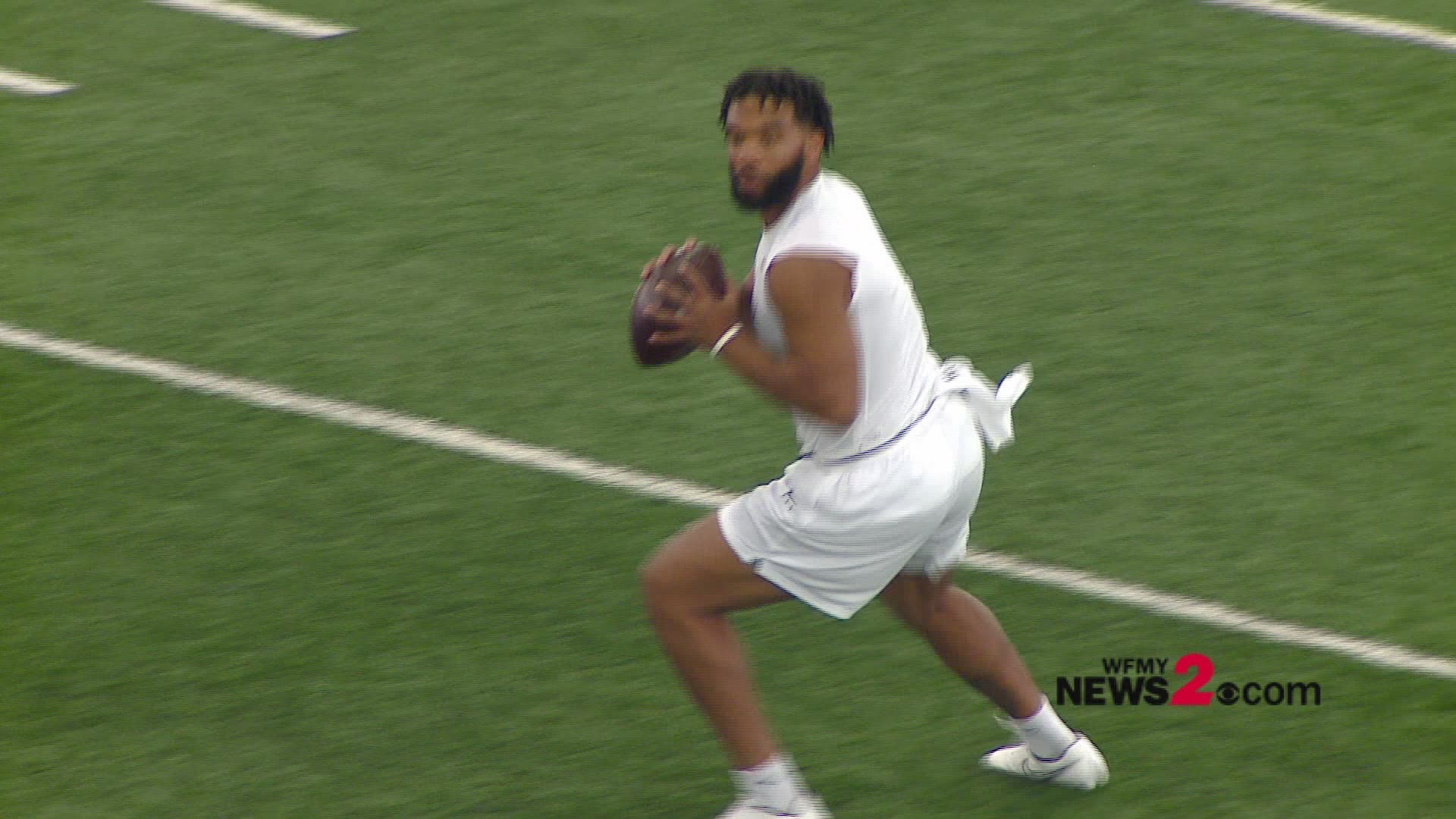 WINSTON-SALEM, N.C. -- Four Wake Forest football players took the next step towards the NFL on Wednesday afternoon when they took part in the annual NFL Pro Day inside of McCreary Field House. 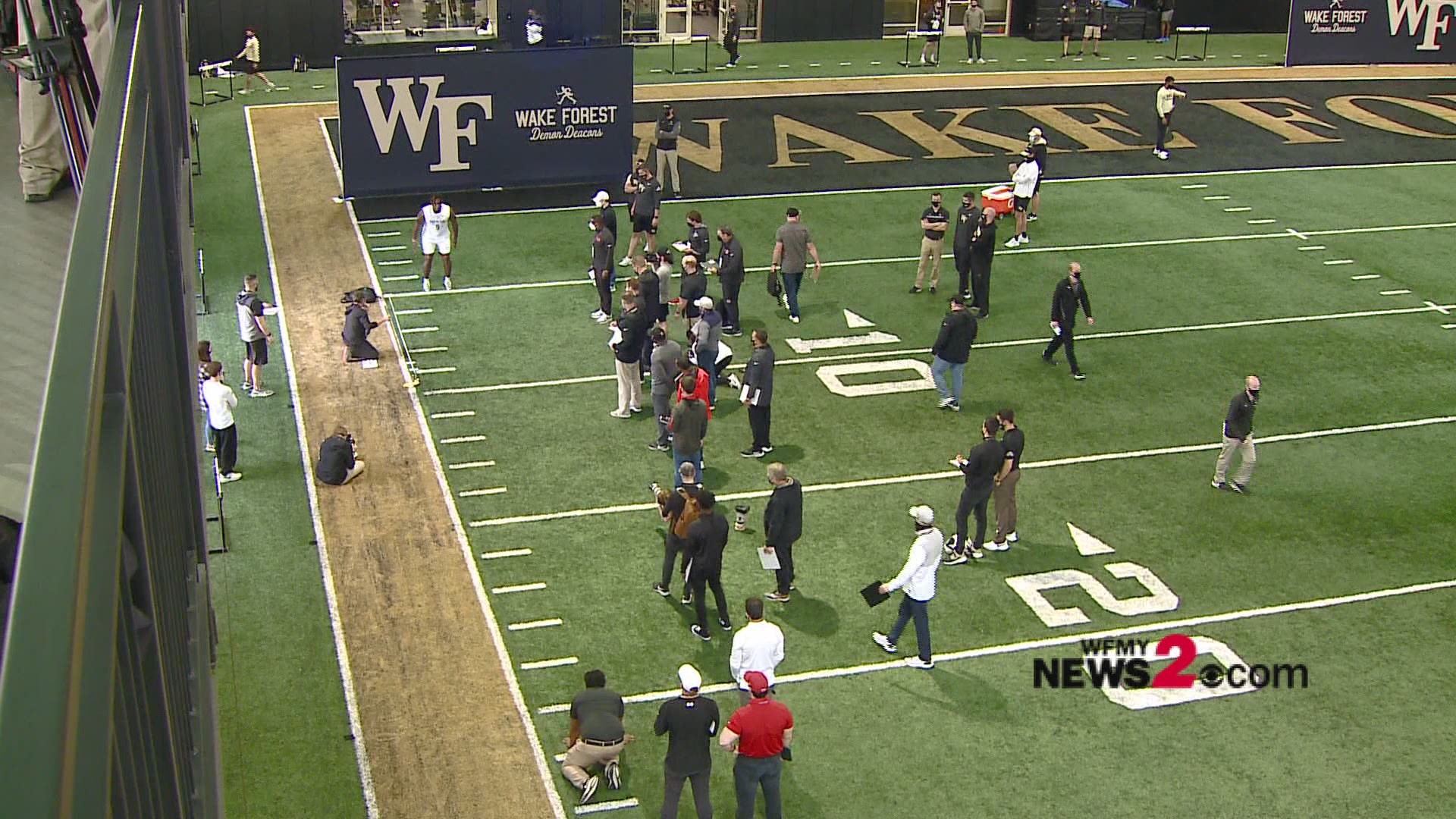 Basham is coming off an impressive week in the prestigious Senior Bowl where draft experts and team personnel dubbed him as one of the top performers at the event.

He had the longest active streak in the country with 23 consecutive games tallying a tackle for loss. When it came to an end against Syracuse on Oct. 31, he was the only player in the country to have a streak in double digits.

The Roanoke, Va. native totaled a sack in the first five games of the season including on the opening possession of the season against No. 1 Clemson.

Throughout the year, Basham earned national recognition being named a Senior CLASS Award Candidate while also being placed on the Chuck Bednarik Award, Bronko Nagurski Trophy and Lott IMPACT Trophy watch lists. Prior to the start of the season, he also was named a preseason All-American by six separate publications.

His 2019 campaign was one of the best in Wake Forest history as he posted 11.0 sacks, the second-most ever in a season by a Deacon and the most since 1992 while also notching 18.0 tackles for loss.

He finished his career fourth on Wake Forest's all-time sack list with 20.5 sacks in his career including 16.0 over the past two seasons.

Newman is coming off a Senior Bowl appearance where he finished with 118 yards on 10-of-14 passing and one touchdown, finishing with the best completion percentage and yards per completion out of any quarterback in the game.

During his time at Wake Forest, he became one of the most feared quarterbacks in the conference. In his one season as the full-time starter, Newman finished second in the ACC in total offense yards per game at 286.8.

His 2,868 passing yards in 2019 were fourth-most in a season in school history and his 26 touchdown passes tied for the second-most in a single season by a Wake Forest quarterback. Additionally, his 3,442 total offense yards during his 2019 season rank second in program history. 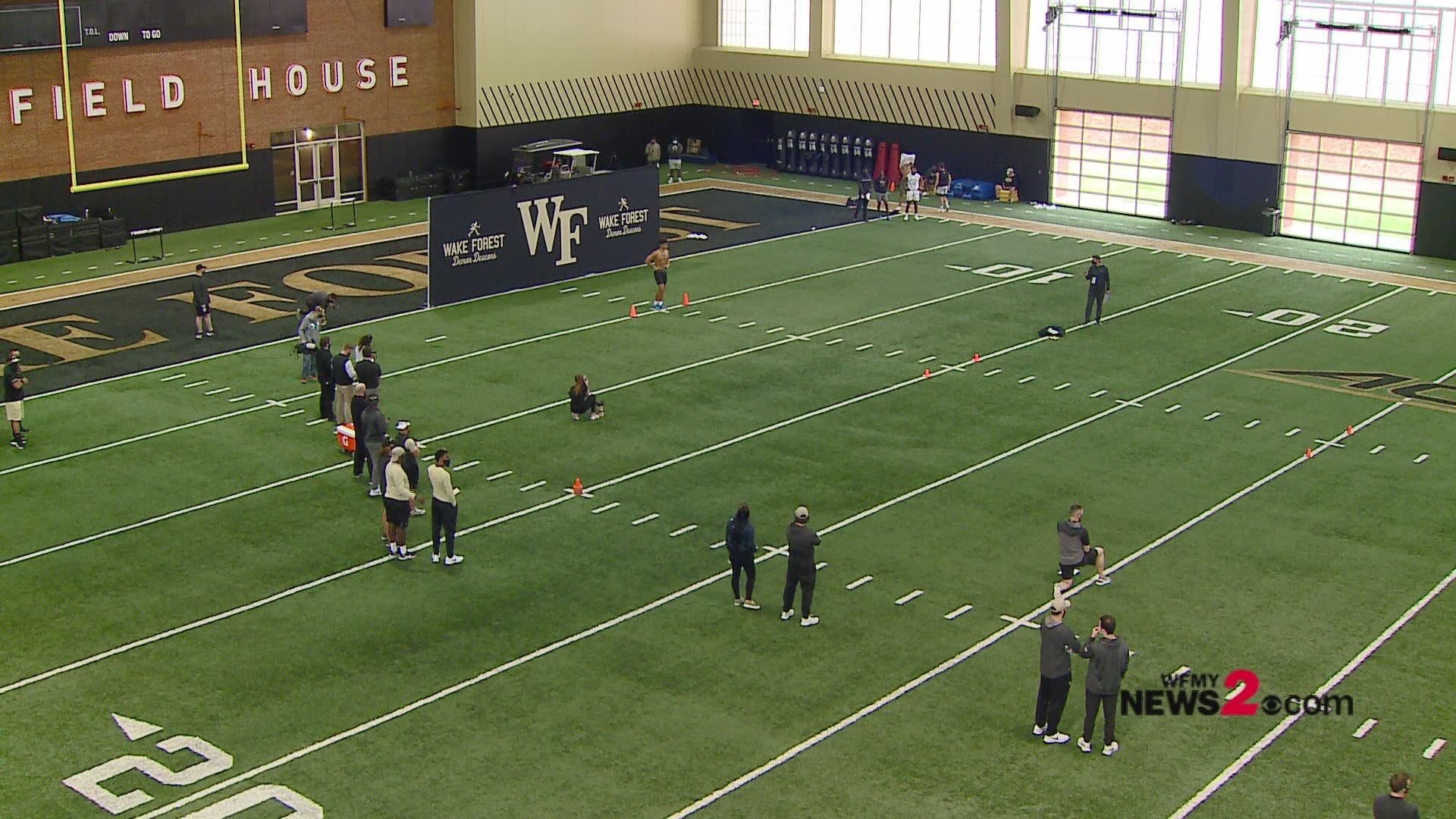 Surratt was one of three Demon Deacons to compete in the prestigious Senior Bowl week in Mobile, Ala., showcasing his skills in front of all 32 NFL teams.

His 11 touchdown receptions are the second-most in a season by a Deacon and the most since Ricky Proehl had 11 in 1989. Surratt set the school record for most consecutive games with a touchdown catch with seven including the first five games of 2019

The Lincolnton, N.C. native had 196 receiving yards versus Louisville in 2019, the third-most in a game in school history by a Wake Forest receiver, the second-most by an ACC receiver in 2019. Additionally, he tallied four games of 150 or more yards receiving and had five for his career. No other Deacon has more than two in a season or four in a career.

Throughout his collegiate career, Crane has been known as one of the premier kickoff specialists in all of college football. Prior to coming to Wake Forest while at Washington State, he tallied a Pac-12 Conference-best 54 touchbacks in 2019.

Over the last three seasons, he has combined to have a total of 130 touchbacks.

During his one season at Wake Forest, he finished with 36 touchbacks and helped the Demon Deacon kickoff return defense finish nearly 40 spots higher in the national rankings than during the 2019 season.

He also had an expanded role this season for the Deacs, converting all seven of his extra point attempts throughout the season. This included knocking in 4-of-4 attempts as the starting kicker during the Duke's Mayo Bowl.