The league plans a more international presence if the 17-game plan is approved. 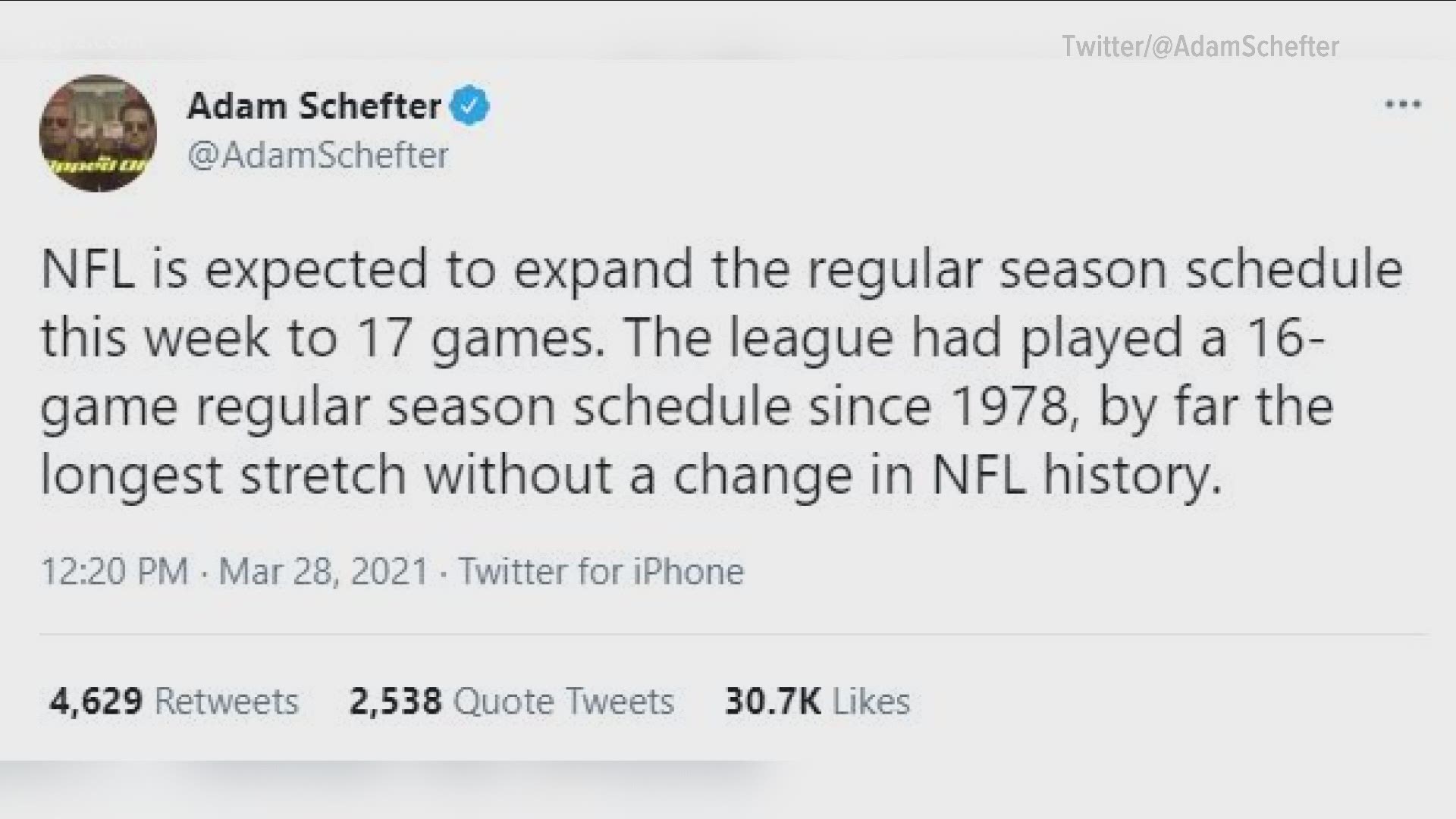 BUFFALO, N.Y. — The NFL is planning to expand its international presence with more games abroad in 2022 if the 17-game regular-season schedule is approved.

Team owners meet next week and are expected to rubber stamp the additional game, while reducing the number of preseason contests to three per club.

The additional games will be interconference, all of them in current home stadiums. But next year, the league would take four games from the conference that otherwise would be hosting nine games and designate them to occur at neutral sites, almost certainly outside the United States.

According to ESPN's Adam Schefter, the NFL is expected to add the regular season to 17 games. If approved, this will be first time the league has expanded its schedule since 1978 when games went from 14 games to 16.

According to ESPN's Field Yates, it looks as the Bills could host Washington if the 17-game schedule is approved.

Using the formula reported by @peter_king (https://t.co/LAbNkZCi5p), here are the expected matchups for the NFL's 17th game for each team in 2021. pic.twitter.com/x4D4uF4jue