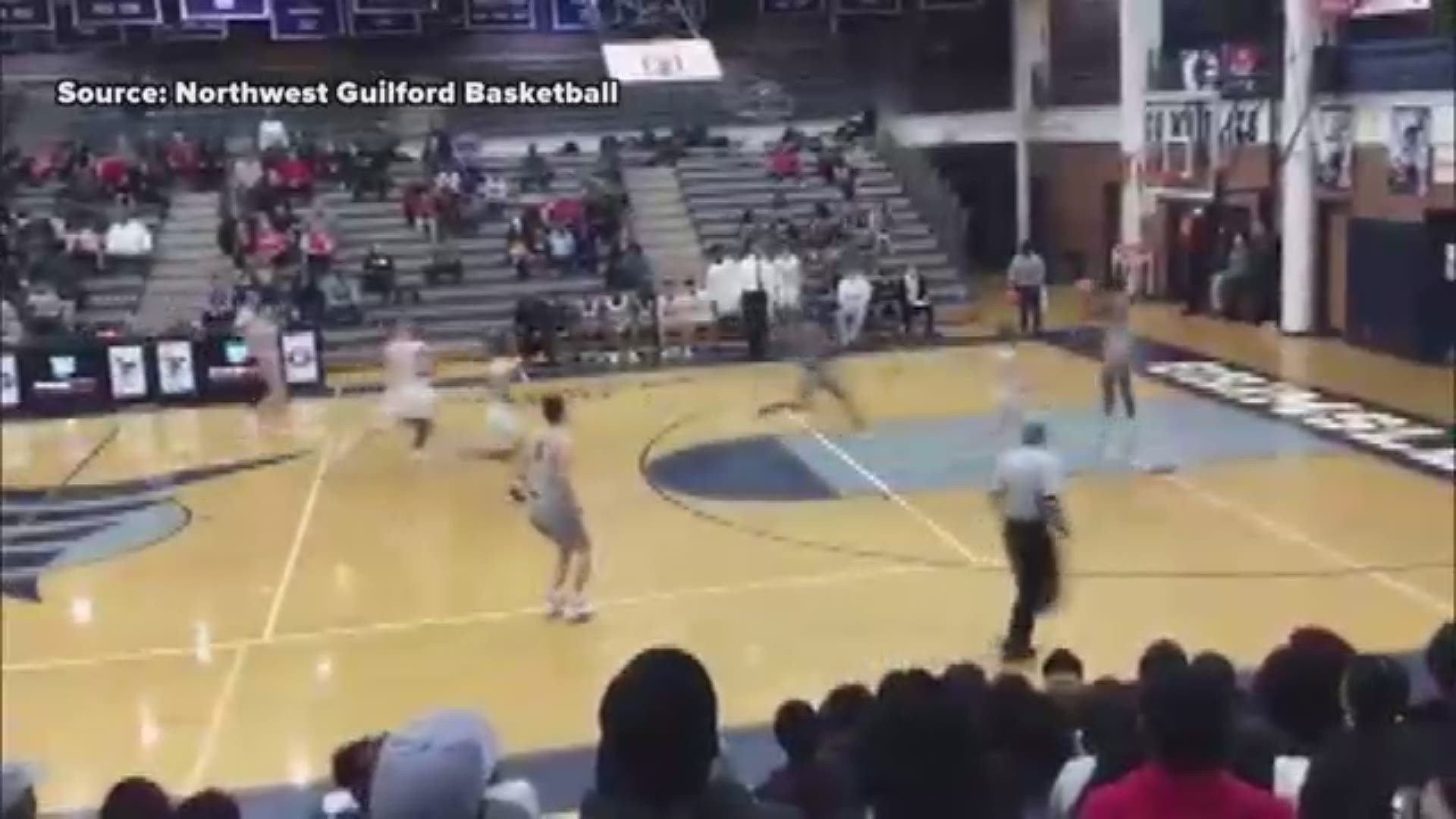 GREENSBORO, N.C. — The Grimsley Whirlies hosted the Vikings of Northwest Guilford Friday night, and with a few seconds remaining in the first half the unthinkable happened.

The Vikings were fast-breaking, and senior guard Christian Hampton wanted to end the first half with a bang.

Hampton, who is known as one of the best leapers in the Triad, lived up to that reputation Friday night.

A combination of brute strength and athleticism were on display when Hampton shattered the backboard and pretty much removed the rim from the glass.

Unfortunately, most schools don't have a backup goal on standby so the game was postponed to 5 pm Saturday, February, 15th at Dudley High School. 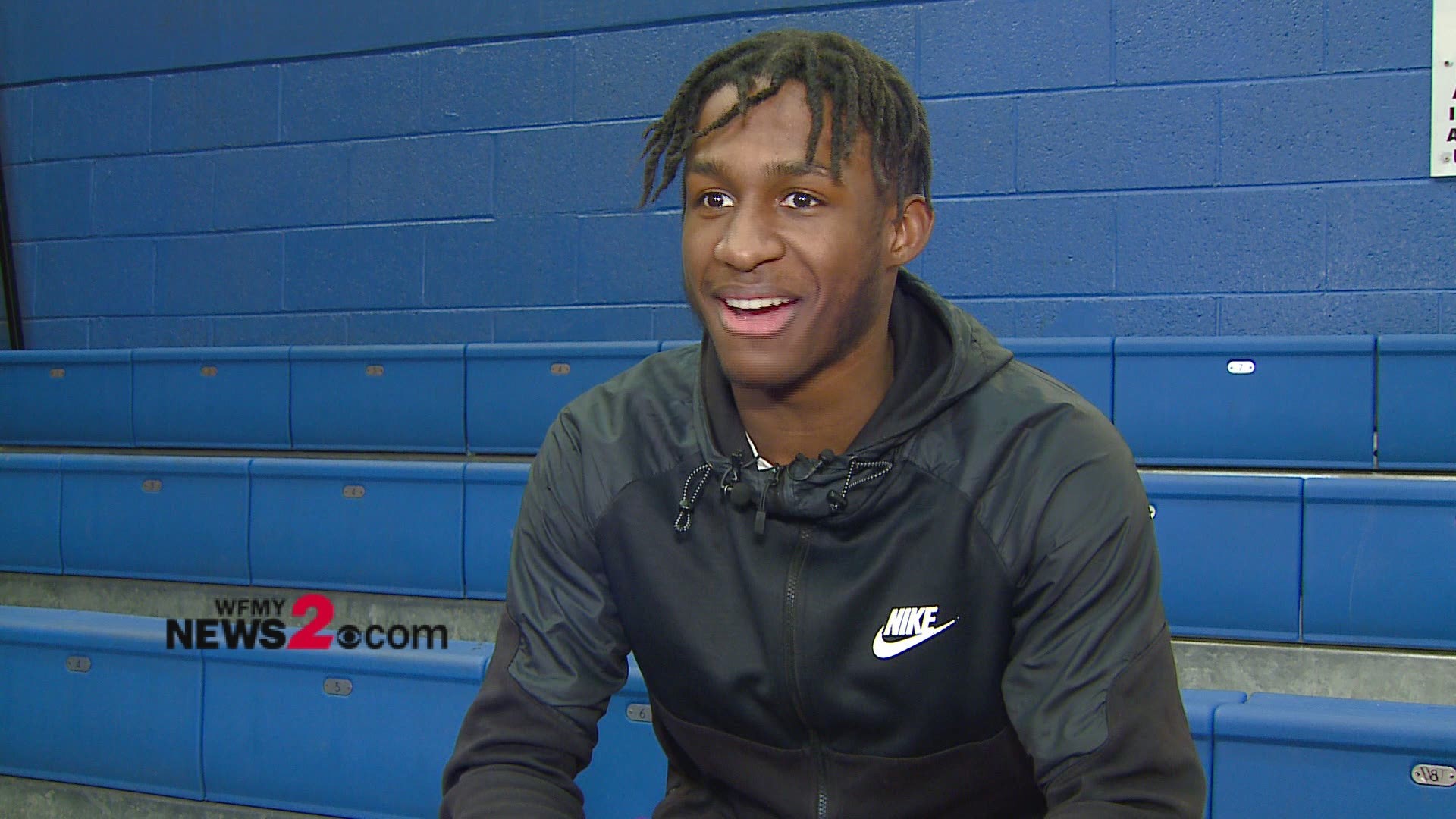 The game will pick up from the beginning of the 3rd quarter with Grimsley leading 35-24.

Sports photographer Brian Hall sat down with Chris prior to the continuation of the game.

This is the second meeting between these two teams this year, with Northwest Guilford winning the first match up 74-72.