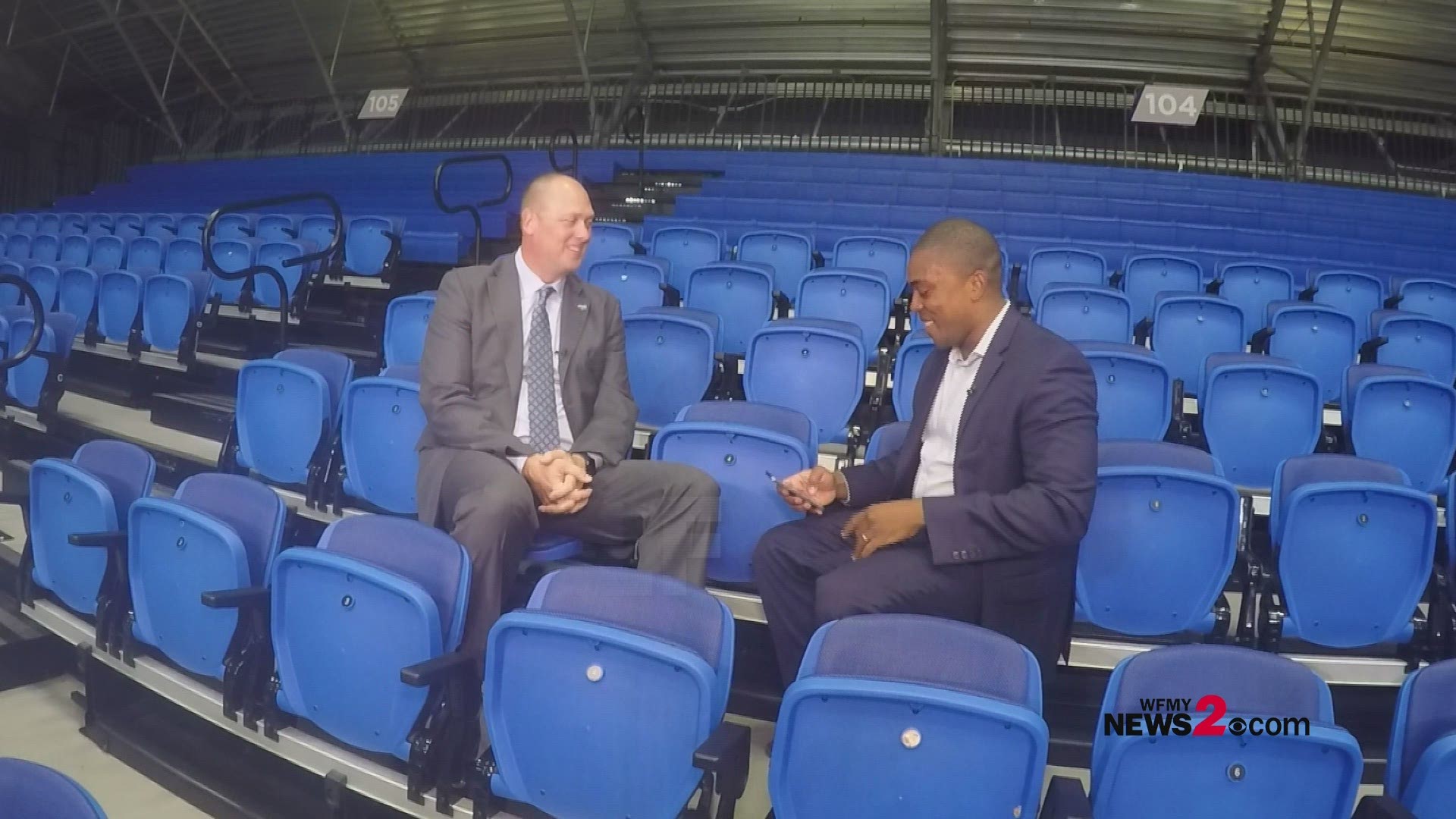 After the big announcement, Coach Wolf sat down with WFMY News 2's Patrick Wright for a one-minute, rapid-fire interview session.

You can find the full transcript below:

PW: The most exciting part about coaching a G League team?

JW: Development of players on and off the court.

PW: What's your favorite memory from UNC, not involving basketball?

JW: Just the friends I made on and off the court. My teammates are special and the guys and girls I met on campus are still some of my greatest friends.

PW: Who got you into basketball?

JW: I grew up the last of seven kids and my brothers and sisters, we weren't allowed in the house, mom didn't want to have to constantly clean the house, so whatever sport was happening, we played outside.

PW: Who's your biggest coaching influence?

JW: Coach [Dean] Smith. He set the tone, and then, I learned from others along the way.

JW: Oh gosh, I can't compare, I'm not even close to his level. So, I'm just fortunate to have played for him.

Wolf and the Swarm start the new season Nov. 2 on the road against the Wisconsin Herd.