"I knew it was close," Thurman said. "He had the momentum because he got the knockdown in Round 1. ... I wish I had a little bit more output to go toe to toe." 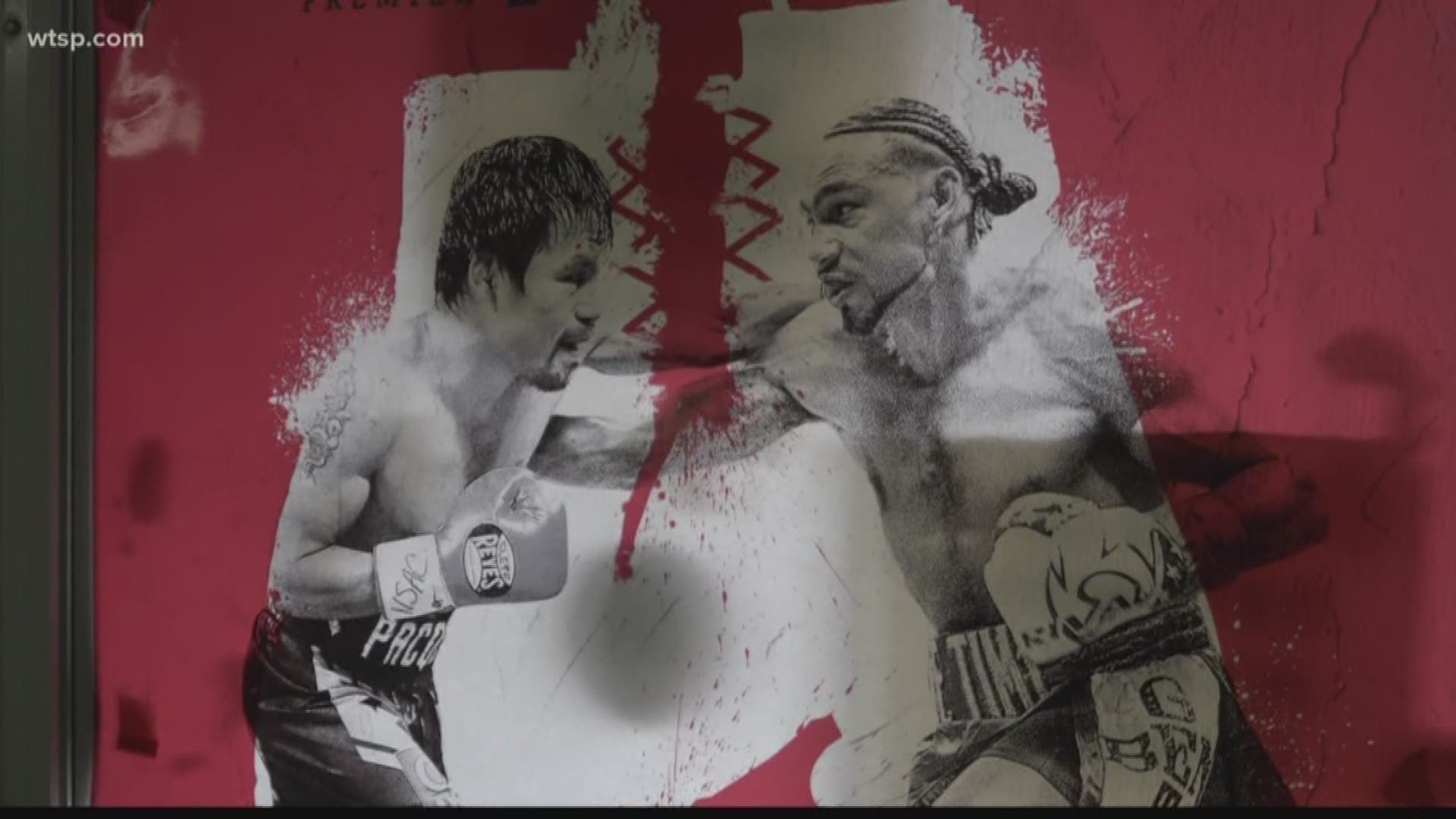 LAS VEGAS — From his first-round knockdown punches to his tenacious 12th-round finish, Manny Pacquiao gave yet another one-sided thrashing to Father Time.

Keith Thurman was a whole lot tougher to beat, but the 40-year-old Filipino senator managed to win that vote as well.

Pacquiao (62-7-2) dropped his previously unbeaten opponent with a combination late in the first round, and the Pac-Man dominated the opening rounds with a combination of flair and power that recalled the incredible prime of the only eight-division champion in boxing history.

Thurman (29-1) showed remarkable tenacity in rallying through the middle rounds, repeatedly testing Pacquiao's chin with big shots. Neither fighter managed another knockdown, but they pushed relentlessly in front of a sellout crowd at the MGM Grand Garden that repeatedly chanted Pacquiao's name from the moment he reached the ring.

"It was fun," Pacquiao said. "My opponent is a good fighter and boxer. He was strong. ... I think he did his best, and I did my best. I think we made the fans happy tonight because it was a good fight."

"I knew it was close," Thurman said. "He had the momentum because he got the knockdown in Round 1. ... I wish I had a little bit more output to go toe to toe. My conditioning, my output was just behind Manny Pacquiao's tonight. Tonight was a blessing and a lesson."

Pacquiao appeared to be declining as recently as two years ago, when he lost a listless decision to Jeff Horn. But while his political career flourished, Pacquiao also revived his ring career with solid back-to-back victories over Lucas Matthysse and Adrien Broner.

Thurman represented another major step up in competition, but Pacquiao's strong start quieted any speculation that he would suddenly look old in a matchup with an elite welterweight champion.

Thurman's effort was impressive on paper: He landed slightly more punches than the famously active Pacquiao, and his 192 power punches landed were the most by any Pacquiao opponent in his 43 fights that were tracked by CompuBox. But Pacquiao had a dominant jab, and he outworked Thurman in the 12th round, throwing 56 punches to win the round on two judges' cards.

Both fighters started quickly with a series of good-looking exchanges, but Pacquiao changed the bout in an instant. He moved forward to land a left to the body and a right hook that sent Thurman to the canvas with 25 seconds left in the first round.

Thurman got up comfortably while the ecstatic crowd roared, but Pacquiao kept up his superior work for the next two rounds, repeatedly rocking Thurman with a variety of shots. Even when Thurman put together a solid fifth round, he was stunned several times in the final minute and left with blood on his face.

But Thurman gathered himself and soundly beat Pacquiao through the middle rounds, forcing Pacquiao to show off his durable chin. Pacquiao reversed the momentum in the 10th with a series of big shots, including a punch to the body that sent Thurman stumbling away in obvious pain.

Both fighters pushed to the final bell and embraced. Pacquiao won the final round on two judges' cards, while Feldman's 12th-round score for Thurman kept Pacquiao from winning by unanimous decision.

Nearly 25 years after a 16-year-old Pacquiao stepped onto the scales for his pro debut with rocks in his pockets just to make the 105-pound minimum weight, this middle-aged politician showed he could have several years left in a day job that paid him a guaranteed $10 million on Saturday night.

Thurman had been eager to retire Pacquiao, but he even couldn't hurt the ageless wonder.

Thurman has held a version of the WBA 147-pound title for six years, but he had fought just once since March 2017, when he edged Danny Garcia to earn two welterweight belts. He sat out the next 22 months with injuries, and he looked rusty and tentative at times in his comeback victory over Josesito Lopez last January.

But Thurman embraced his guaranteed $2.5 million payday and the chance to take on an active legend. He also pumped up the promotion with a series of bold statements about Pacquiao's age, ability and motivation. Thurman even managed to irk the normally placid Pacquiao, who acknowledged that even his mother hadn't liked Thurman's trash talk.

Before the bout, Floyd Mayweather got into the ring to wish both fighters good luck. The retired superstar watched intently from the crowd in the same arena where he beat an injured Pacquiao four years ago. Pacquiao's trainer, Freddie Roach, has said he hopes Mayweather will come out of retirement for a rematch with Pacquiao.