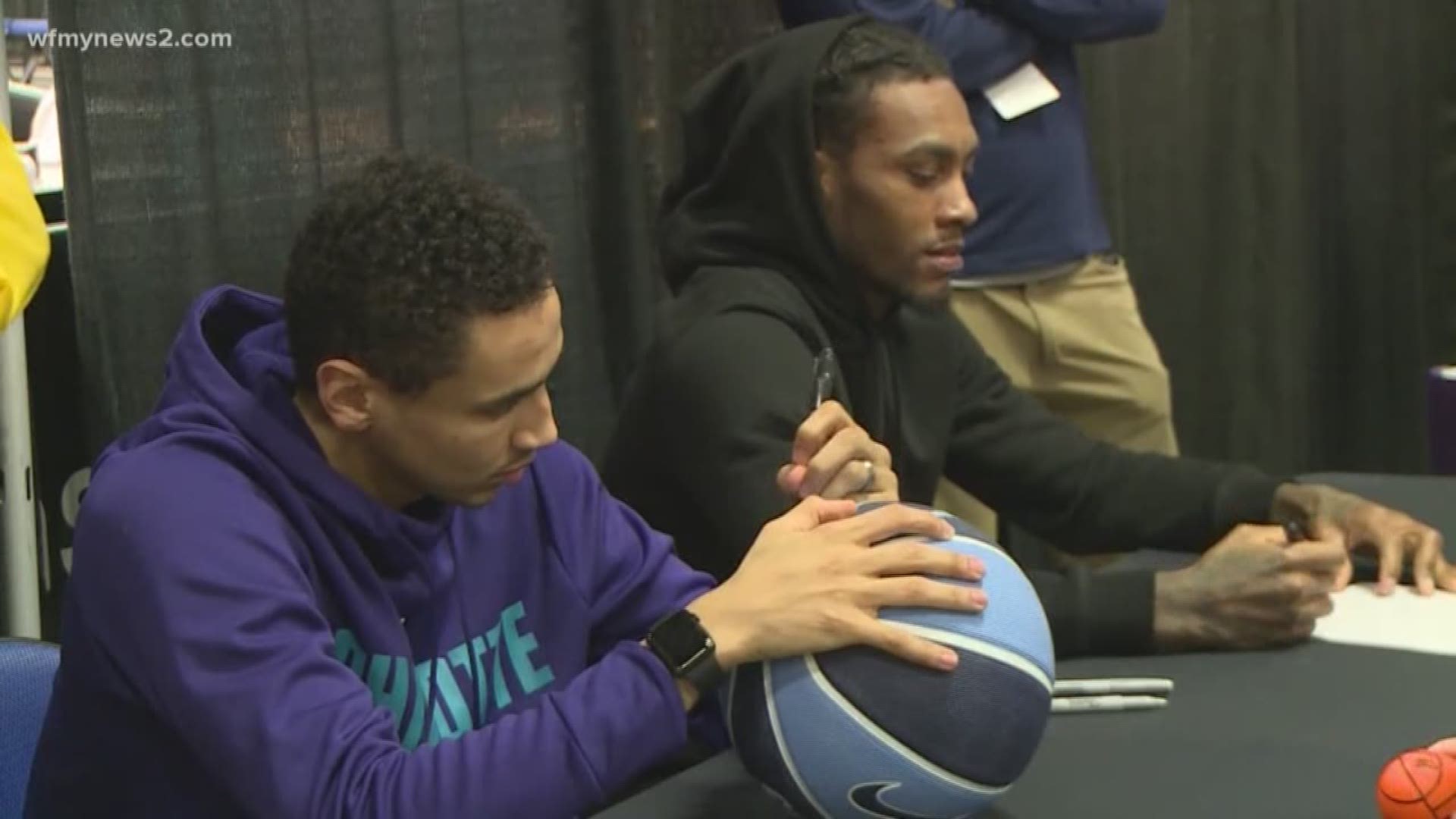 The Greensboro Swarm, the NBA G League affiliate of the Charlotte Hornets, will host the autograph session during the HAECO Invitational semifinal round on Wednesday, Dec. 27 from 4:45 until 5:45 p.m. as the women's semifinals are concluding and the men's semifinals are beginning.

Paige, who played at the University of North Carolina, was a second-round draft pick by the Brooklyn Nets in 2016. He played for the G League Salt Lake City Stars last season before signing a two-way contract with the Hornets. He can play with the Hornets up to 45 days this season and is with the Swarm the rest of the time.

Barber, an alumnus of NC State University, started his career with the Delaware 87ers last season before being traded to the Swarm in February. He began this season playing professionally in Italy before returning to the Swarm in November.

The HAECO Invitational presented is an annual high school basketball tournament in Greensboro, N.C. Founded in 1976 as the Little 4 Invitational, the tournament features men's and women's teams representing eight Guilford County high schools playing at the Greensboro Coliseum Complex. Tournament proceeds are donated to local charities and the participating schools; the HAECO Invitational is planned and implemented by the Greensboro Sports Council. For more information, please visit www.HAECOInvitational.com and follow the event on Twitter: @HAECOinvit.