Highway Patrol said three workers died after a box truck crashed into two construction vehicles near mile-marker 157 on I-40 westbound. 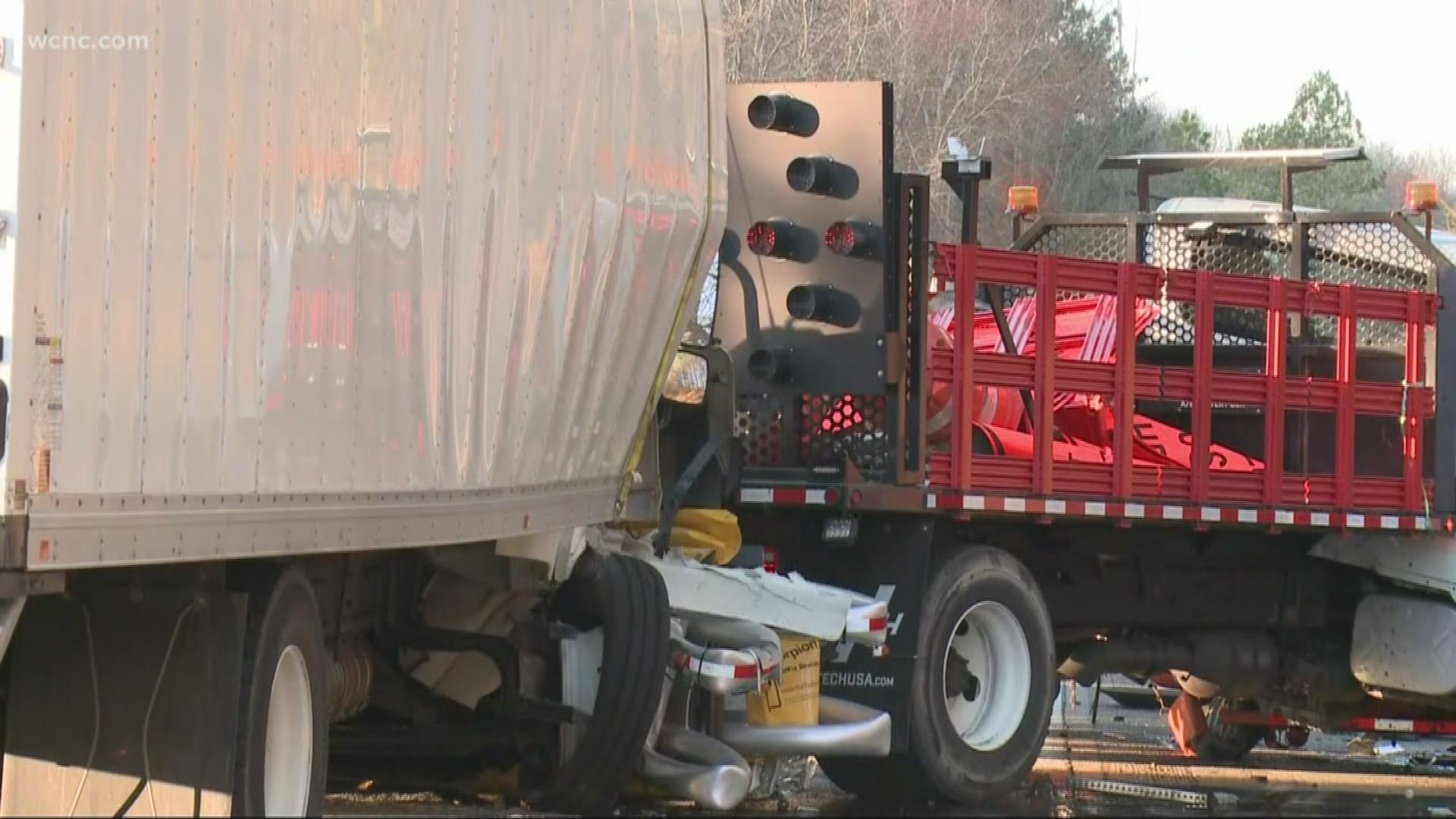 According to North Carolina State Highway Patrol, the crash happened around 3:30 a.m. in the westbound lanes of I-40 near mile-marker 157, which is just east of Statesville. Troopers say that 27-year-old Logan Casey, of Cary, failed to slow down and hit a parked construction vehicle that had an arrow board indicating a lane closure.

The parked vehicle was shot forward and hit three construction workers who died at the scene. Casey suffered minor injuries in the crash. He has been charged with three counts of misdemeanor death by vehicle. Alcohol does not appear to be a factor in the crash. The victims have been identified as Noah Logan Hamilton, Austin Melton and Dustin Gelinas. All three are from Georgia and were working for a contracted guardrail repair company called DBI Services.

The westbound lanes of I-40 were closed until after 9 a.m. while troopers investigated the crash.