White Christmas watch 2020: which American cities will have snow on Dec. 25?

Where will snow-lovers be rejoicing on Christmas morning? 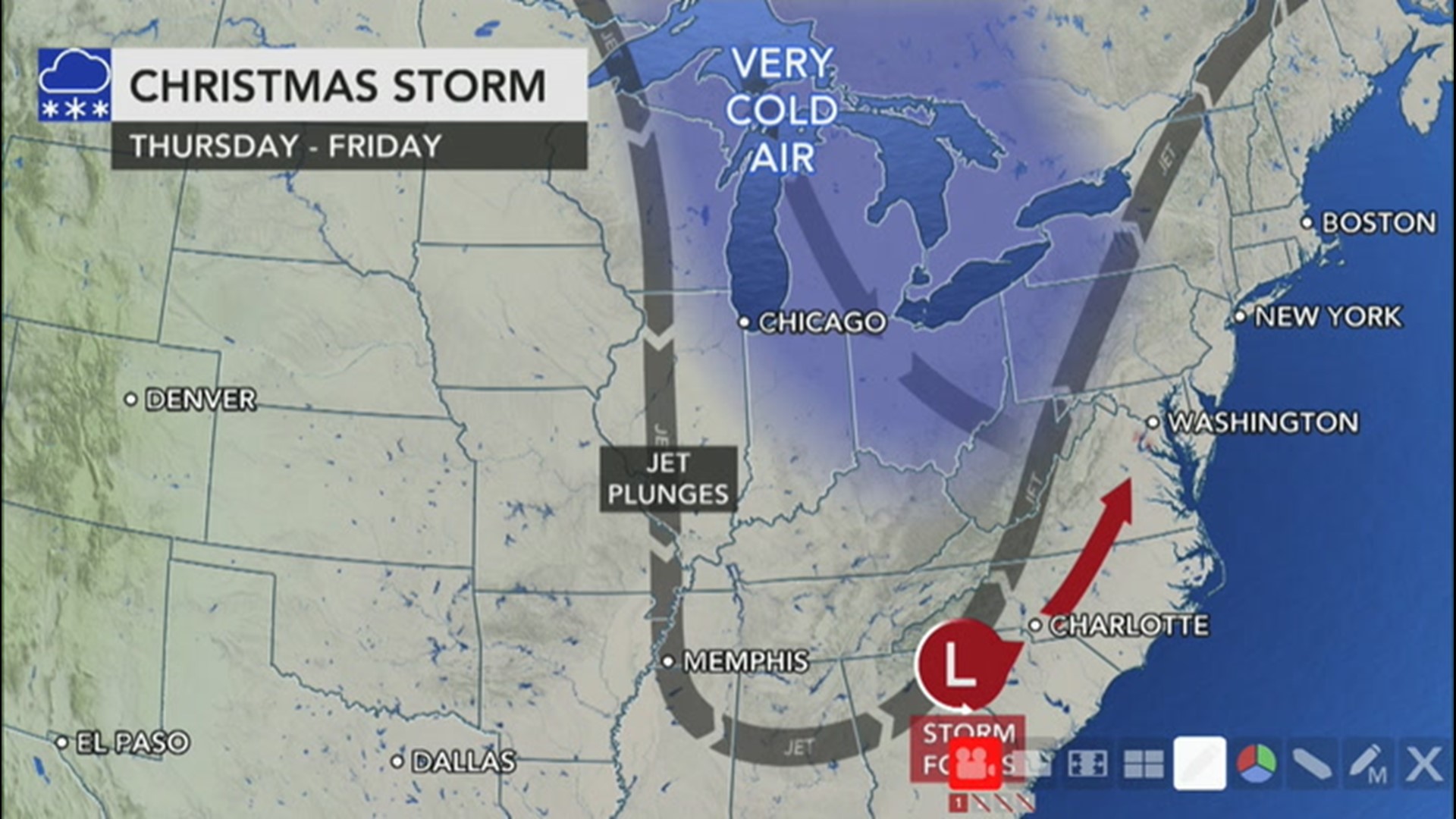 Many Americans may feel like they deserve to wake up to a white Christmas after soldiering through what has been one of the most unexpected of years yet. But the harsh meteorological reality is that some could wake up to a disappointing green lawn on Dec. 25.

So in which areas of the country will the snow-lovers rejoice on Christmas morning? And which ones will be stuck hoping for next year?

AccuWeather Senior Meteorologist Paul Pastelok, who has been putting together long-range forecasts for decades, has Christmas projections that will be crucial for helping Santa Claus and his reindeer know what to wear for the big journey.

Read on to find out what you may wake up to see this year!

After a record-breaking snowstorm blanketed much of the mid-Atlantic and Northeast regions in the week-and-a-half preceding Christmas, much of that precipitation will likely still be on the ground on the 25th.

With temperatures unlikely to rise high enough to cause widespread snow melting in the coming days, Pastelok said many Northeastern lawns will be covered in snow on Christmas morning.

"I think New York to Boston, they still have a pretty good shot to keep snow on the ground there," Pastelok said. For places that picked up 10 inches of snow or more, Paselok said, "I think that they have a really good shot at keeping snow all the way through Christmas."

Farther north, throughout the rest of New England, Pastelok said chances are similarly high for Santa to have white roofs to aim for.

"They've been hit already by several storms so they've planted the seed there and they've had the base there," he said. "Some of the lower spots in eastern Maine have a little lesser chance of keeping [snow that has already fallen]." Pastelok said additional snowfall from the nor'easter could be enough to keep snow on the ground in eastern Maine, but the best chances, not surprisingly, are in the places that picked up the biggest snowfall, including the locations that saw more than three feet of accumulation. "I think it's more of a guarantee in southern New England all the way to the New York City Area area on the south and west."

Areas farther west of central Pennsylvania didn't receive the brunt of heavy snow that the Northeast was dealt, but Pastelok isn't ready to completely dampen white Christmas hopes for people living there just yet.

"The lake bands are going to be fine because there's going to be more lake-effect snow before Christmas." Pastelok believes snow will fall over a narrow area. "I think there are some places south of Erie down toward Pittsburgh that may lose their snow cover and have a green Christmas, same with eastern Ohio," Pastelok said. "But watch this next system, if it tracks farther east again, then those places could be in the snow belt this time for a pretty good snow event."

Pastelok added that his hunch is that the storm will move over more directly hit areas from Michigan to Indiana, including Chicago, which will lay the snow needed for a white Christmas, just in the nick of time.

"There is a storm expected to come up next week and it looks like it may get here just in time for Christmas Eve, so that may leave some snow for that area to have a higher chance at a white Christmas," he said.

While cookies and carrots may be the traditional treats left for Santa and the reindeer, residents in the Southwest may want to leave a glass of water or maybe even some Gatorade to replenish big St. Nick from what might be a warmer-than-usual journey.

The area isn't historically prone to white Christmases, but this year snow is even less likely than normal, Pastelok said. However, some higher elevation areas could be in luck.

"The Southwest, they've seen a little bit of snow in parts of northern New Mexico, San Juan and Colorado," Pastelok said. "We felt that that area would miss out a lot. They've had a couple of systems there so it looks like the higher elevations should be whitened up, but it's my concern in the West that some of the lower spots will not have snow because of the fact that there will be some warmups from time to time there."

Farther north, however, Rudolph and Co. will likely have no shortage of snowy roofs on which to touch down.

"The higher spots are getting smacked in the Pacific Northwest," Pastelok said. "Northern California: they're getting hit hard and will continue to get hit hard and they will have a white Christmas," Pastelok continued. "I think the pattern favors them with multiple systems all the way through next week, up until Christmas time."

Up until Christmas, Pastelok said he expects the storm pattern to continue, although he said he wouldn't be surprised if it eases up shortly after the holiday, which could be a relief for traveling purposes. Santa and his crew are expected to have already made it back to the North Pole by then. 🎅🏼 ❄️