'Nothing is there now' | 2 people dead, mother and two children found safe after tornado in Bertie County

Sheriff John Holley said in the 38 years he's been with the office, he never has seen anything like the devastation left after Isaias moved through the area. 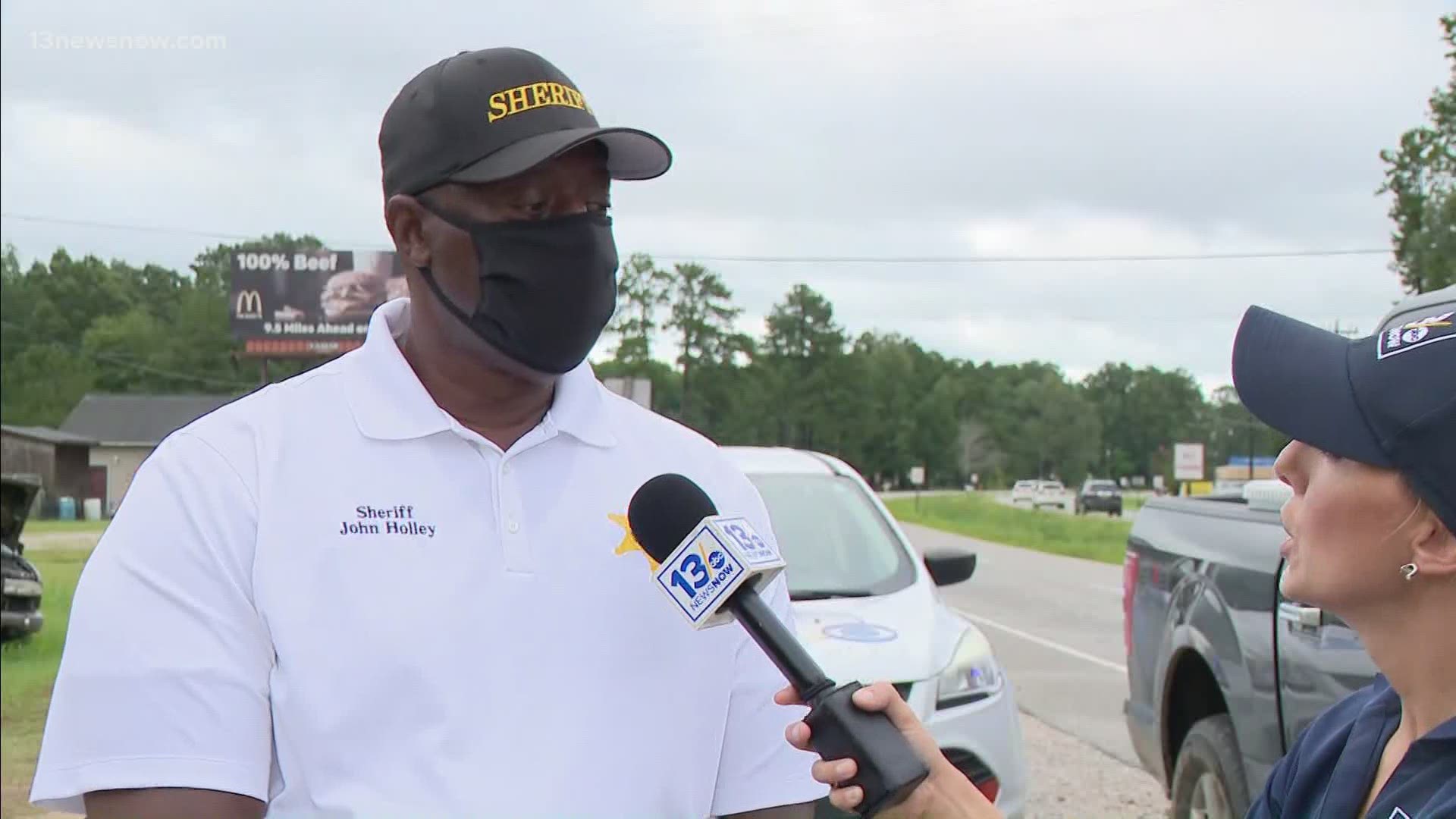 County officials said the victims were an adult man and woman. Their identities have not been released at this time.

That wrapped up a multi-agency search that had stretched from the early hours of the morning.

Teams had to move fallen trees and sift through the debris of homes to search for the missing people.

Sheriff John Holley said he's been with the office for 38 years, and hadn't seen anything like this.

He'd been familiar with that community, and said the change was like something out of a movie.

"A couple of [homes] are actually gone," he said. "You know, a house was there, but nothing is there now."

Holley said Department of Transportation teams were called out to clear some blocked roads in the area, so deputies could check on people who lived past the downed trees.

Around 6 a.m., Bertie County officials confirmed radar reports that there had been a tornado in the area in the early morning hours of August 4.

"We are asking that our community allow us time to gather and properly verify more information from the various law enforcement agencies and first responders still working to secure the area," they wrote.

Law enforcement officials blocked off the area, and they were asking people not to try to access Morning Road.

"We're not letting anyone in, especially not to the mobile home park," Holley explained, "Because we have a lot of valuables on the ground. We don't want anyone picking up anything that's not theirs."

Holley said once everyone had been accounted for, the sheriff's office would let family members back into the area to collect their belongings.

BREAKING: Bertie Co. officials confirm a tornado touched down in the Morning Road area of Windsor.

“We are asking that our community allow us time to gather and properly verify more information from the various law enforcement agencies and first responders.” #13NewsNow