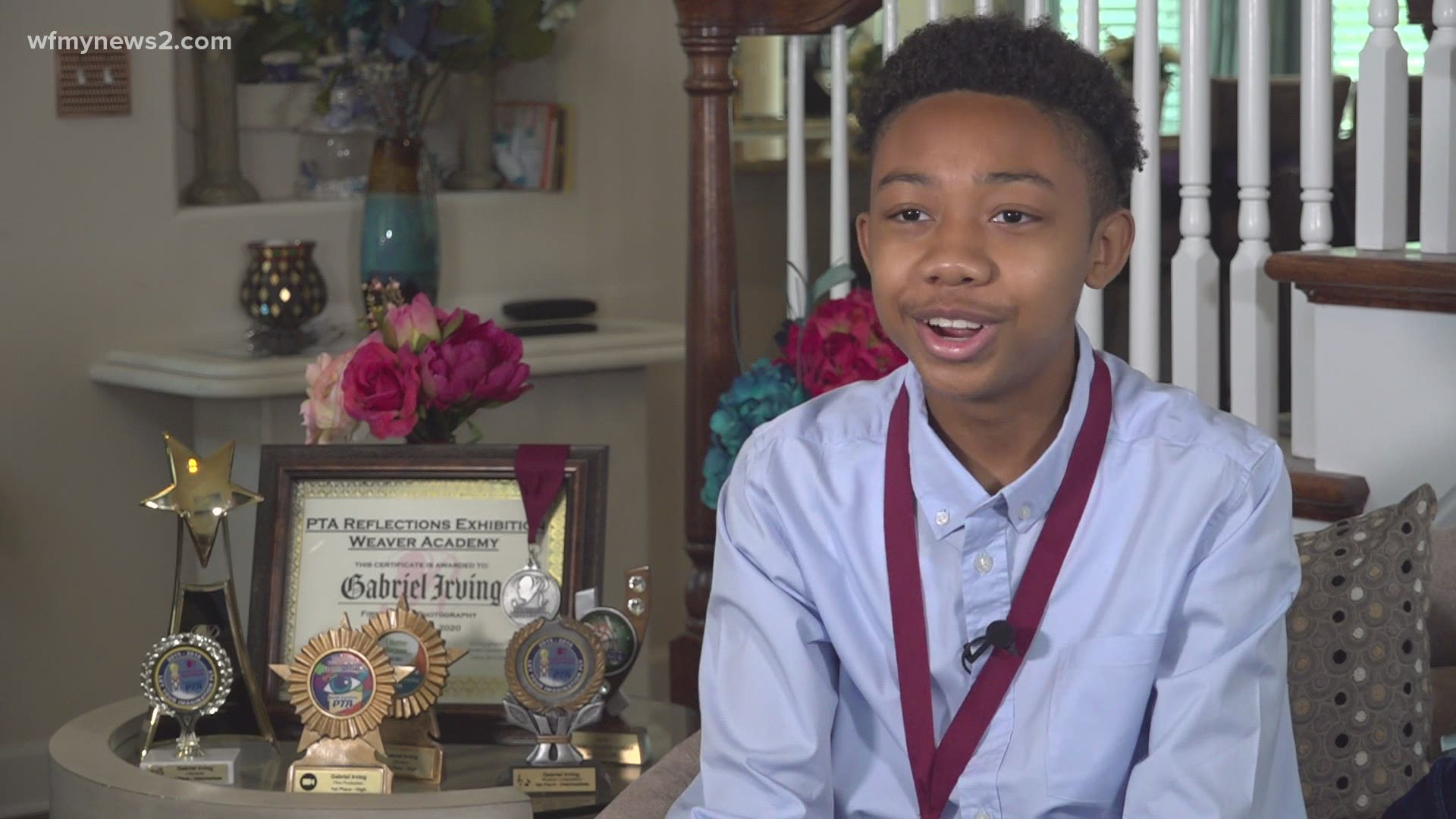 GREENSBORO, N.C. — One Weaver Academy junior has made some pretty big waves in the media world.

Gabriel Irving is a songwriter, musician, actor, and videographer. And just recently he received some national attention.

Whether it's writing songs, cooking up a new beat, or even shooting his own music videos. Gabriel Irving is on his way to stardom, and the Triad's newest star shines so bright, at just age 16, he's earned quite the honor.

Gabriel Irving is just a regular teen with some extraordinary abilities. He started writing and recording songs, and every song needs a music video nowadays. So who better to shoot it, than Gabriel himself?

"I've always been very musically inclined, so when I hit a certain age, I wanted to go into music, filmmaking and stuff, and it kinda ended up growing from there."

Gabe and his talents have started to recently receive some very prestigious recognition.

"It's very amazing because actually my mom had entered her show into the Telly Awards, and she was like just enter Gabe's in just because, and I ended up winning a gold one. So it was just a really exciting experience."

The video for his song American Life is about an interaction with a police officer during a traffic stop, and how important it is for everyone to just get along. And his mother Paul and Rochell couldn't be more proud.

"He has a strong belief system, a strong foundation, and a strong musical side. So the sky is the limit. So I told him from day one, you can do and be whatever you want to be. And it's not according to what people think you can be, but it's according to what you believe you can be"