Blanca Cobb takes a closer look at Buble's body language during an Instagram Live with his wife, Luisana, where he elbows her. 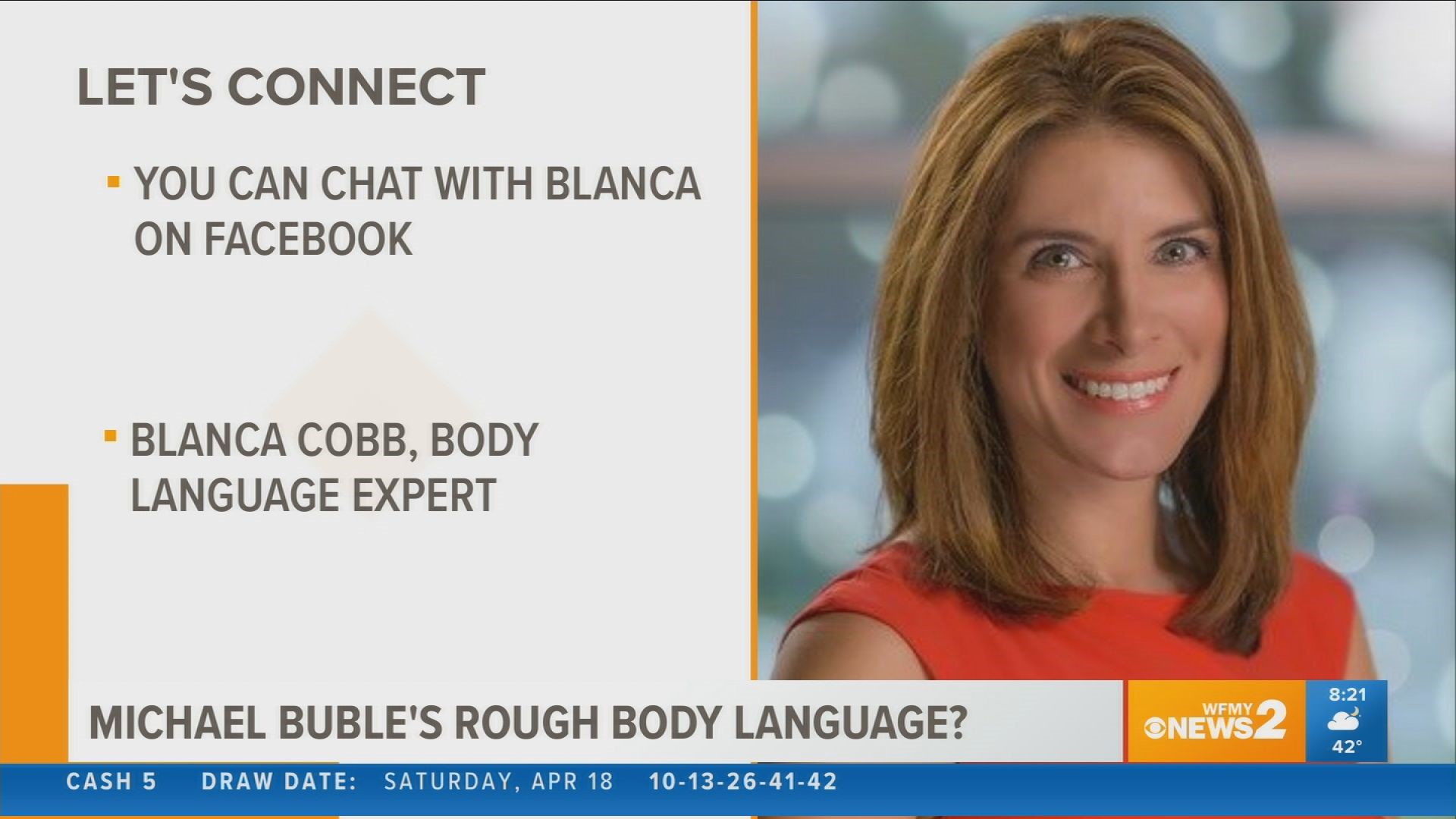 Grammy-winning singer, Michael Buble, has made headlines for his romantic ballads. Earlier in the week, he made headlines for something completely different. Since the coronavirus quarantine, Buble and his wife, Luisana Lopilato, host Facebook and Instagram Lives where they're sharing part of their lives with their fans. In one particular Instagram Live, Buble is seen elbowing his wife and then grabbing her arm. The video has since gone viral and many are questioning whether he is abusive.

Let's break down both of their body language in the video.

As Buble starts to talk and says hello to the audience in Spanish, Luisana, his wife, jumps in to say hola. And then Buble elbows her. You can see a bit of tension in his face. Luisana looks directly at him. Deadset in his eyes. Head on. You can only see the profile of her face but can see that her eyes widen, which indicates fear or surprise and her lips tighten, which indicates dislike or anger.

She immediately says, "Oh, perdon. Sorry." Perdon means sorry in Spanish. Her response surprises me because immediately after he elbows her, she apologizes. There's no acknowledgment of what he did. Nothing. Zero. Zip.

Her response is surprising because she didn't physically react. No flinching. No startle response. It's a reflex to pull back when someone elbows you. You would pull back to protect yourself. It's your limbic system going into survival mode. Pull away from danger or you pull back from surprise. Her lack of response suggests that this isn't the first time he's done this. Now, on the other hand, sometimes when you're scared, you don't move. Think about deer, they don't move when they suspect danger. That response is instinctive as well.

Why do people elbow others? You elbow to get someone to stop what they're doing. To get their attention. To interrupt them. Because you're angry so you react physically instead of talking. It's about control.

His response after he elbows her is interesting. He responded to her facial expression. You could only see her profile, which was a brief mix of surprise, fear, and anger. Her eyes briefly widened and lips tightened. Then he did a double-take after he elbowed her. He gave a very small smile. There are various interpretations. He could have smiled to let her know that he didn't mean it, he was being playful, to lighten up. Why would you smile in a situation like this? To soften whatever just happened. It sends the message that it wasn't that bad.

Watch my analysis of the second part of the video in a separate story.

Share your thoughts on my Facebook page, Blanca Cobb-Body Language Expert. Write a message on my timeline and I'll get back to you. While you're on my page, give it a like. I'd appreciate it.

RELATED: Surviving without touch during the coronavirus pandemic