The Greensboro restaurant stepped up during the beginning of the pandemic and is now being rewarded. 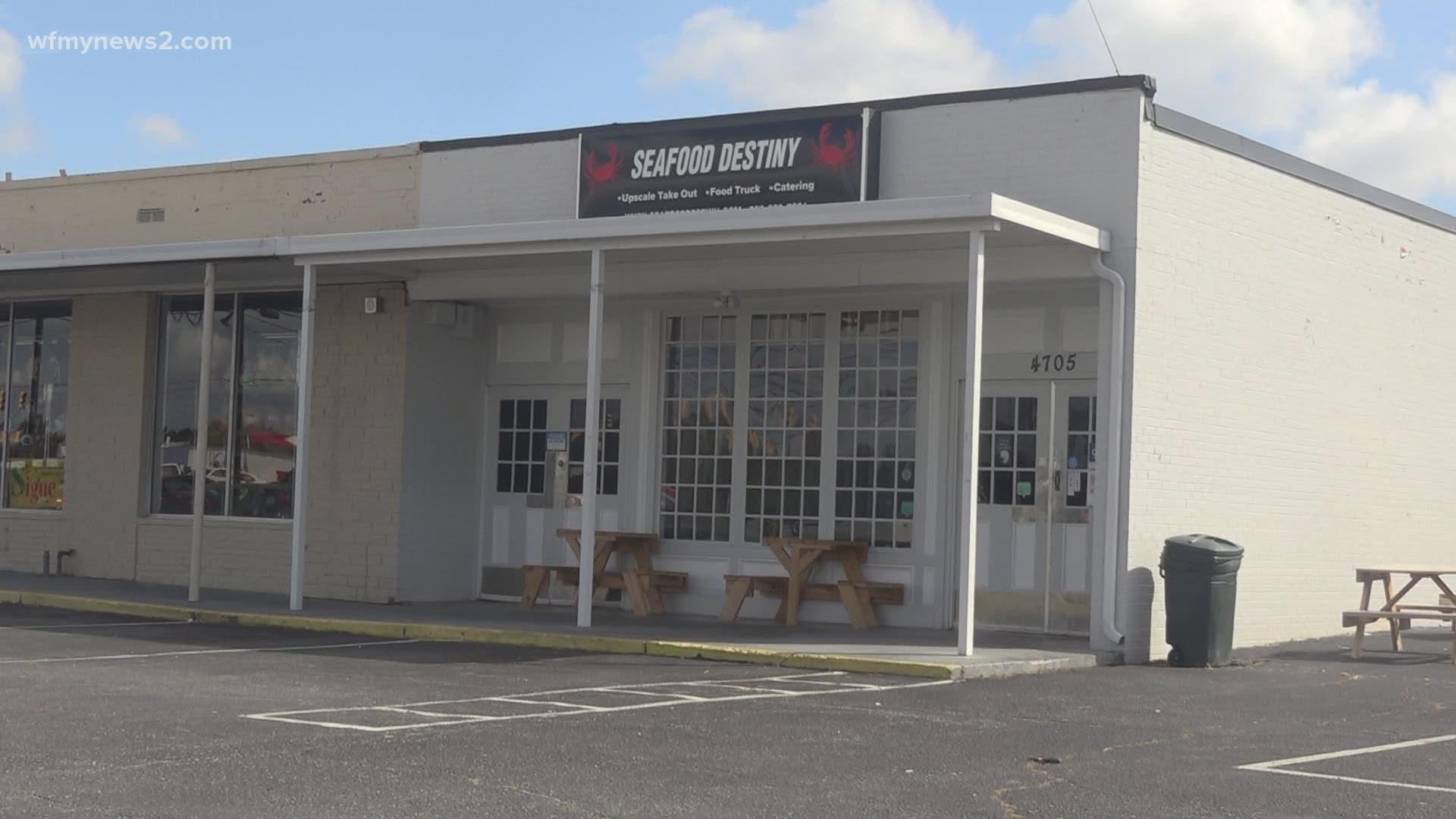 GREENSBORO, N.C. — A Greensboro business that supported law enforcement, first responders, educators and students during the pandemic is thriving.

The owner of Seafood Destiny, Anthony Knotts, said the generosity helped attract new customers, which led to an expansion.

Knotts is also a pastor and is a firm believer in 'you reap what you sow.'

Because of his faith, the padlock is coming off the former Worx restaurant in downtown Greensboro, and Seafood Destiny is moving in.

Knott’s said it's humbling to serve the community in a historic building.

“A black-owned family business getting the second oldest building In downtown Greensboro,” Knotts said.  “It was established in 1891. We praise God and it’s a blessing in itself.”

Don’t worry, the Seafood Destiny flags will still fly outside their first location on West Gate City Blvd. that opened a year ago.

“We had some growing pains because people starting in fluxing” Knotts said. “We had to increase our manpower and we had to get new equipment.”

One new piece of equipment, a food truck.

Knotts plans to give back and feed his childhood neighborhood in Lexington once permits are final.

The truck will then be parked downtown while their new location is under renovation.

They were able to make the purchase as a result of their giving, serving more than 2,500 meals to first responders, hairstylist and many more when the pandemic started.

RELATED: 'She's on the front lines' | Restaurant owner talks about the inspiration behind offering free meals to the community

“Givers gain, and so during the pandemic because we’ve been sowing and being a blessing with what we have,” Knotts said. “God has blessed us.”

Knotts has an even greater vision for his downtown location.

To use Worx upper level to teach and mentor youth.

“We want to set them up to become entrepreneurs. They’re great for the economy because we don’t compete for jobs, we create jobs,” Knotts said.

With all the exposure, Knotts said their team went from just their family to more than a dozen new employees.

He hopes to employ even more locals when their Barnhardt location opens.