The mystery that's loomed over Precious Bradley for decades, is solved. 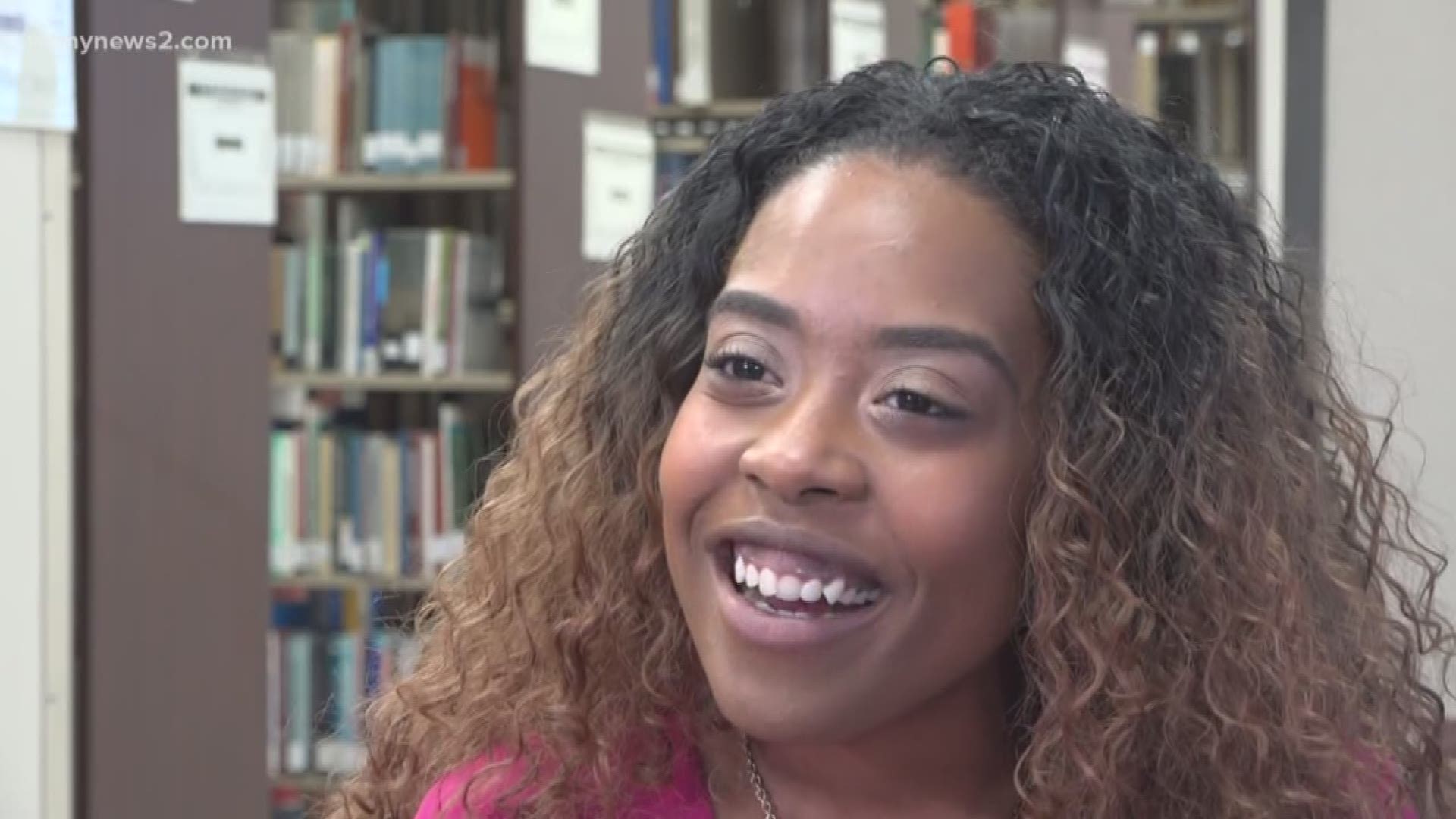 Precious Bradley is kind of like an open book.

"A lot of things I feel like I spoke into existence," she explains.

And her story grips you from the get-go. She was left on a daycare doorstep in Greensboro as a newborn baby. She was adopted with not idea or clues about her biological parents. She was drawn to NC A&T for college to start searching for them in Greensboro.

PREVIOUS | Left On a Doorstep at 2 Weeks Old: The Story of Precious Bradley

And as I meet her one night at the campus library, at 27-years-old, she's finally filled one of her biggest plot holes.

That's right. The mystery that's loomed over her for decades, is solved. Shortly after the last time we talked to Precious in February, she got a hit on ancestry.com. As it turns out, it led to her father. Which then led to her mother.

"I had to do it like I was taking a business call. You have to get right into it or you might chicken out. The conversation was really asking questions, those vital questions."

"I definitely think this was a cry for help," Precious explains. "She did what she felt was the best option that she had and at the end of the day, I’m perfectly fine with that option. because I’m able to live because of her."

Through DNA testing, Precious confirmed with certainty who both of her biological parents are.

She says none of this would have been possible without the help from her community and can't thank everyone enough. Once she started putting her story out there, people donated to her cause. The DNA tests, her genealogist and everything else were all free for her and she wants to be able to repay that by helping and encouraging other people in their own journeys to find biological relatives.

Precious' biological family is in North Carolina all these years; her father in the Greensboro area and her mother closer to Raleigh. Precious has been getting to know some of her new family members, bonded by blood but essentially strangers starting anew.

"Definitely baby steps," Precious explains. "This isn't something that you just go out there and do."

That's why, in this chapter, you're not going to meet them.

But let me introduce you to another character who's been around since the beginning: Pam Tonkins.

Mrs. Tonkins, as Precious calls her, first met in 1991 (you might know where this is going) when she found a baby abandoned on the front porch of her daycare.

"I'm like what is that? Is that an animal or did somebody leave a cat or what?"

She quickly realized it wasn't a cat and called for help.

“She’s my savior," Precious says. "She saved me. Anything could have happened to me in a box.”

Precious connected with Mrs. Tonkins around the time she came to college after reading her name in an old newspaper clipping she uncovered, but they never met in person until this summer. Mrs. Tonkins hadn’t seen Precious since the day she found her on her porch, but just because she was out of sight, didn’t mean she was out of mind.

"Shortly after her my husband and I knew we wanted to foster. We wanted to do something.”

Inspired, Mrs. Tonkins and her husband grew their own family.

"We have 10," she says, referring to all of her kids. "Nine adopted and one biological. How crazy is that?"

Almost as crazy as a story about a baby left on a door step.

"I definitely feel like Miss Tonkins is someone who's been strategically placed. One of my guardian angels."

WATCH | Left On a Doorstep at 2 Weeks Old: The Story of Precious Bradley (February 2018)