"I guess we're joined at the hip!" Angle Frye says a month after donating kidney to husband Henry Frye, Jr. 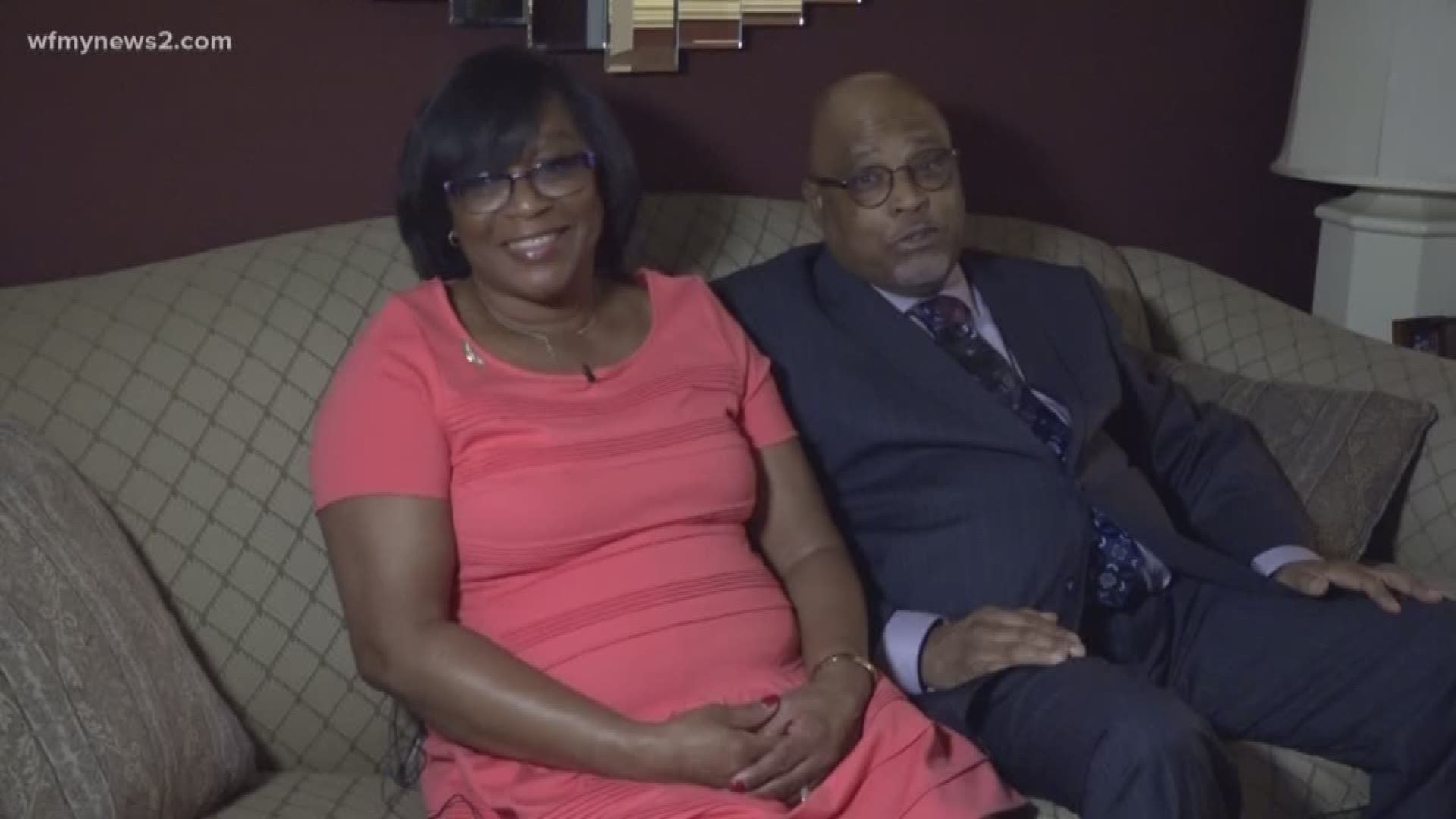 GREENSBORO, N.C. - You might know the Frye family's rich history in our state

Henry Frye Sr. is known and honored for being the first African American Judge on the State Supreme Court. His wife, Shirley, and the family are also well known for their love and community service in Greensboro.

But, you might not know about the family's strong love for each other, in particular, the story of Henry Frye Jr. and his wife Angela, and their recent gesture of love.

“I guess we're joined at the hip!” she said.

If you've been married 33 years, sharing countless memories along the way, some things just come naturally.

“I didn't even think that we would be a match, so I didn't even consider being tested for a transplant,” Angela said.

“We hadn't thought about it,” said Henry, “We thought it was going to be like, three, four, or five years [to wait for a donor].”

The Fryes heard from another couple at church, in a similar situation - that one spouse was a match for the other.

“I could at least get tested to see,” said Angela, “I was the first one to get tested and, we were a match!”

What happened next was one of those obvious, natural decisions.

“People knew I was on dialysis,” said Henry, “And they found out I was getting [a kidney], and they said, from your wife? I said - yeah! We're a match! They said, wow! There’s a seventeen percent chance, I looked up the odds already.”

On August 21, 2018, Angela donated her kidney to Henry. Both surgeries went smoothly, and within a couple of days, both were out of the hospital and back home.

A month later, they’re recovering – slowly but surely – getting back to an even better life.

“To make him feel, and to have a better quality of life…I'd do it again,” said Angela.