Why Are French Bulldog Puppies A Target For Thieves?

This is the third time in less than 6 months that a theft of French Bulldogs has occurred at the Friendly Pets store. 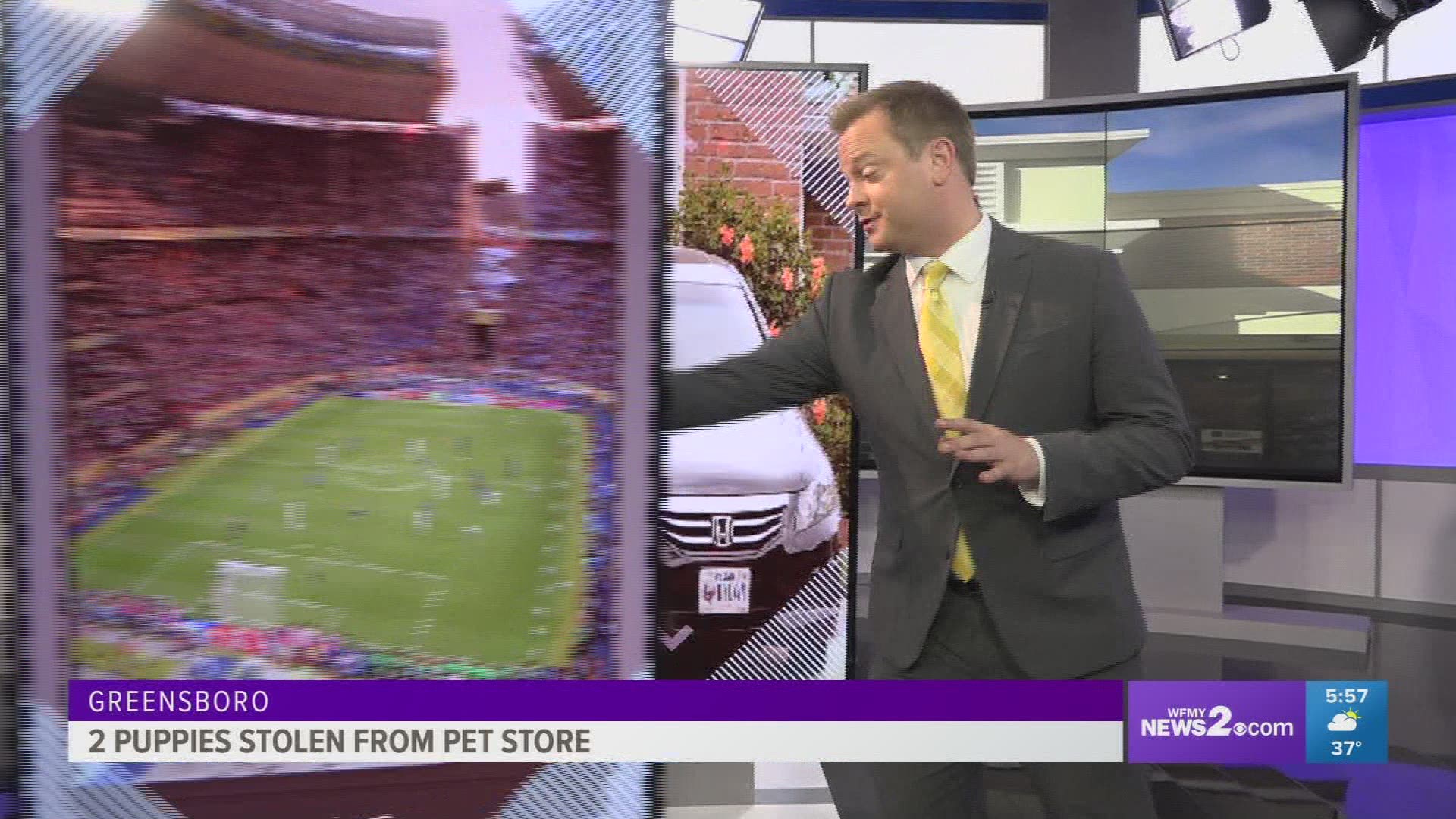 GREENSBORO, N.C. -- Greensboro Police say two puppies were stolen from the Friendly Pets store in Friendly Center on Saturday evening. The store says a 3-month-old male named Jasper and a 2-month-old female named June were taken. They are each worth $4,500.

This is the third time in less than 6 months that a theft of French Bulldogs has occurred at the store.

"Two women came in and they were about their mid-20s and they were approaching myself and my associate that they were sincerely interested in looking into French bulldog puppies," said Eliza Sargeant, the store manager.

According to Sargeant, an employee put the women and French bulldog puppies in a separate room. The employee became distracted when another puppy with a different customer got loose in the store. That's when, the manager says the women left the store with the two French Bulldog puppies.

In February, a thief stole a $6,000 French bulldog puppy from a pet store in a Chicago suburb.

In June, a Long Beach, CA couple reported their French Bulldog was stolen by thieves who broke into their home.

In August, a thief stole a French Bulldog puppy valued at $5,000 from a local breeder near Jacksonville Florida. That same month a French bulldog named Waffle Fries was stolen from an Indianapolis family, but later found in Fountain Square.

In November, a Houston dad said their French Bulldog was snatched by a person who was stalking his daughter via Snapchat.

In July, Texas state troopers made a traffic stop and intercepted a van with 23 French bulldog puppies. The puppies were packed tightly in plastic crates, suffering from various stages of heat exhaustion. One puppy died. The shipment was headed for Houston but had started with 28 French bulldog puppies flown into Chicago as cargo from Kiev, Ukraine, via Turkish Airlines. Authorities and media in the UK have also reported similar thefts. Local experts say the trend is concerning and indicates the possibility of a burgeoning black market because of how popular the breed has become.

"That's really happened over the last several months but the popularity of the breed has been going on for several years," said Carl Ashby, Carolina Kennel Club

"They are a breed that brings a couple of three thousand dollars in retail and consequently people see a way to make money. It is just a crying shame because those dogs can end up in a home that's not suited for them."

"I think everybody should be concerned about their puppies' welfare because they are small, they are easy to take and that's always a concern too," said Phyllis McDonald, an AKC approved breeder.

"I don't know what would possess somebody to steal somebody's dog but obviously it's greed and they must be money or a market involved."

The manager says the stolen dogs from Friendly Pets are micro-chipped, registered and flagged as stolen.

This incident is the third time the popular pet store has been target specifically for this breed. Late August, two more French bulldog puppies were purchased with fake credit cards from the store. Friendly Pets says those dogs have not been found. Also earlier in August, another French bulldog puppy named French Toast was stolen from the store. French Toast was found and returned, and a man in Charlotte was arrested for taking her.

Police say be cautious if anyone is offering to sell you a French Bulldog, especially at a price that is too good to be true.