It's a great gift to usher in the New Year and the new decade here at the North Carolina Zoo!" NC Zoo announced the birth of a Southern White Rhino. 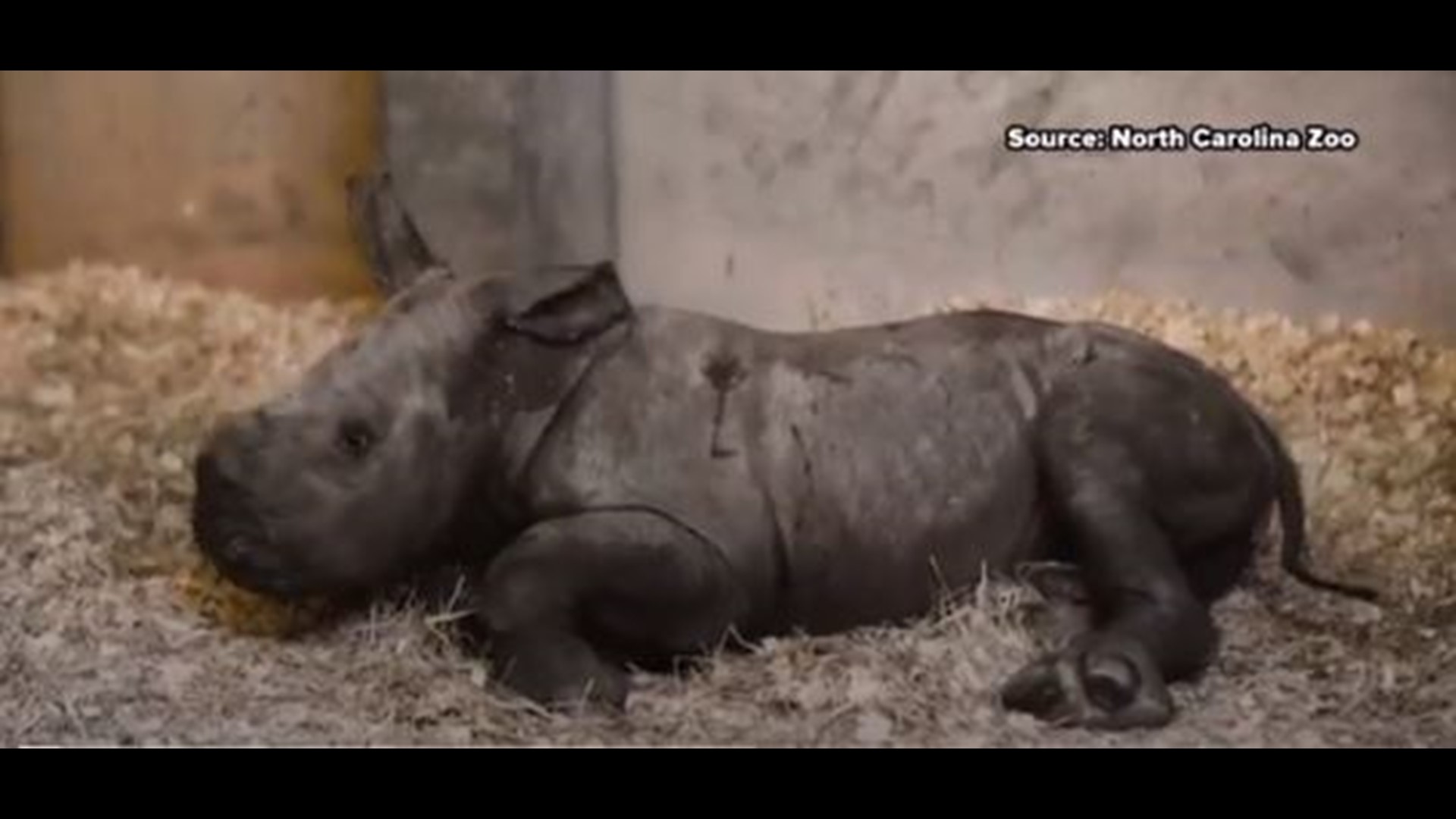 The zoo said that this makes the birth of a third southern white rhino in just under two years.

Zookeepers say the calf and her mother are doing well.

She is expected to gain 100 pounds a month in her first year and could end up weighing anywhere from 3,500 to 5,500 pounds when she grows up.

According to the NC Zoo, she is the newest addition to the growing herd that already consists of nine rhinos.

The zoo has had rhinos since 1976 and has waited more than 40 years for a healthy rhino calf.

And southern white rhinos were hunted to near extinction by the beginning of the 20th century for their horns.

“Congratulations to the North Carolina Zoo on the successful birth of a third Southern white rhino in just two years,” said Susi H. Hamilton, secretary of the N.C. Dept. of Natural and Cultural Resources.

Hamilton said she is proud of the Zoo’s continuing commitment to saving this and other threatened species at home and around the world.

“This is a great moment and testament to the dedication of our Zoo staff,” Zoo Director Pat Simmons said.

The newest member of the herd will later be named.