GREENSBORO, N.C. — Update: Greensboro Police can confirm that Ahlora Shanti-Sample Lindiment has been safely located and has been reunited with her family. Police say they are still searching for the suspect. Police say a woman called the tip line saying they found a small child in front of a church at 719 Dillard Street. Police then responded and took the child, who turned out to be Ahlora, to the hospital. Police say Ahlora is doing well and didn't have any apparent injuries.

"We were able to reunite the family and do a positive identification with in the last 15 minutes so just tremendous news for us that the child has been located and is safe and then reunited with her family," said Chief Scott.

Police say their investigation to find the person they believe took Ahlora, will continue through the night.

"We have not positively identified her. We do have some very strong investigative leads and I feel like in the coming days we will locate her," said Scott.

Scott says it's still early in this part of the investigation to say what they'll find, but they're on the lookout for surveillance video.

RELATED: 'Greensboro's Little Girl' Is Safe And Sound After Police Chief's Emotional Plea To Find Her

"We are expanding our canvas and that's something we’re looking for. Do we find video? Do we find witnesses? So it’s really another step in the investigation," he said.

Erica Lindiment the mother of Ahlora, shared these pictures with WFMY News 2 of Ahlora in good spirits at the hospital after she was found. 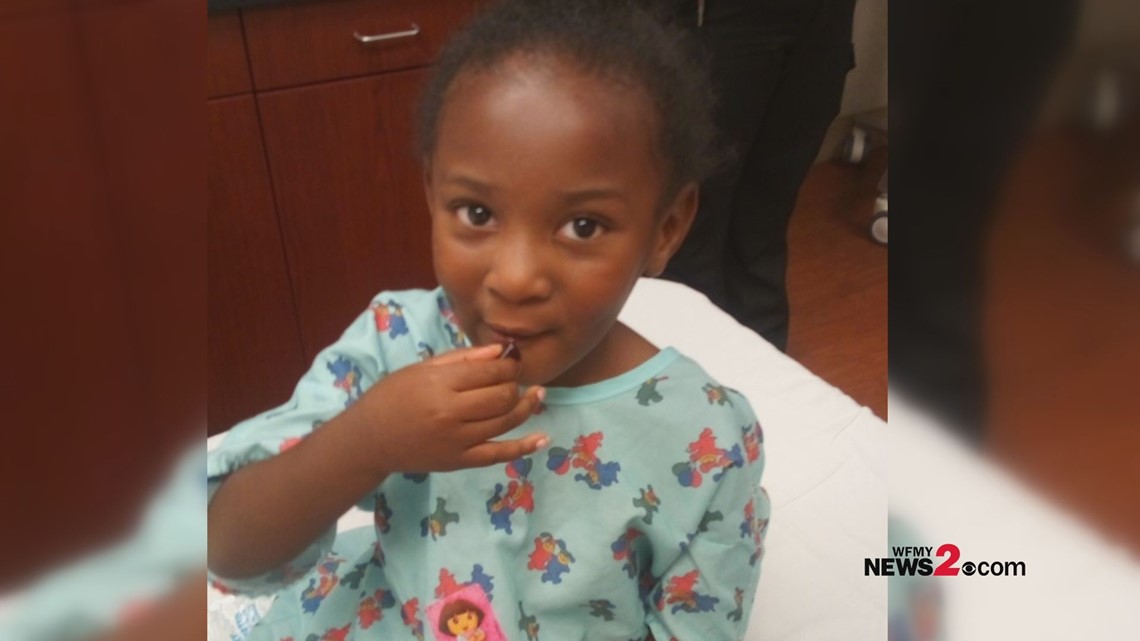 Previous: Police said they need help to identify the woman in the photos. Police said Ahlora was abducted Wednesday from the Phillips Avenue area.

The FBI says it's also now assisting in the search to find Ahlora and has released a flyer that's being handed out to businesses in the area.

Ahlora's mother, Erica Lindiment said a video showed the abductor taking her child from the Claremont Courts Apartment Complex on Patio Place near Phillips Avenue. She said a woman was playing with several children at the apartment’s playground and walked off with her child.

"On everything, on God, like everything. I want my daughter back unharmed," said Erica Lindiment.

RELATED: 'I Want My Daughter Back Unharmed' | A Greensboro Mother Says She May Have Seen The Woman Who Kidnapped Her Daughter

Police said Lindiment was abducted by a black woman in her 20's who is about 5'6" tall weighing 135 pounds. She is believed to have her hair in a ponytail.

The alleged abductor was last seen wearing a short sleeve black crop top with black pants with tiger print faces on them, a yellow stripe on one leg and a white stripe on the other leg, dark flip flops, and a gold chain.

Police say they are looking at surveillance video from the area to gather more information. They're not releasing that at this time.

Police aren't releasing specific details about the circumstances of her disappearance, but her mother, Erica Lindiment, says her daughter was on the playground at Claremont Courts when she went missing around 4:30 p.m.

Greensboro Police are now going door-to-door and distributing "Missing Child" flyers in their attempt to find Ahlora. There are several officers in the Claremont Courts area.

On Thursday, Greensboro Police Chief Wayne Scott made an emotional plea to the community for information to find her.

“We’ve got to work as a community to bring this child home,” said Chief Scott.

A $2,000 reward is also now being offered for any information that leads Ahlora back home or to those who ware responsible for her abduction.