The shooting happened around 4:30 p.m. at 1226 Montlieu Avenue, officials said.

Investigators believe this is a drive-by shooting, but police believe someone may have gotten out of the car and fired more shots.

Bianca Ritchwood says she was in the parking lot as the incident unfolded and jumped into action when shots rang out.

"I got out the car and ran to the back of this vehicle over here and seen one of my friends just laying on the ground," said Ritchwood, "that’s when I ripped my shirt off and applied that pressure and just held him until the ambulance and the police came."

Ritchwood says her car was shot, but she wasn't hurt.

"The only thing I could think of is just I’m praying. I’m praying as I’m sitting there with him," she said, "praying to god that they don’t come back through here and try to shoot again."

High Point Police released an update Tuesday night stating all six victims, which are men, are now in stable condition.

Police say they are still trying to nail down a description of the vehicle involved in the shooting, as they've received different descriptions. Police say they're looking for a light-colored SUV that was spotted near the scene during the time of the shooting for questioning.

The cannot confirm whether this is a random or targeted shooting.

Early indications point to the weapon used was a handgun, based on shell casings, officials said.

Ritchwood says she hopes people will remember to spread joy, not hate, especially during the holidays.

"This is the day that people should be celebrating even though Christmas is tomorrow it’s supposed to be about joy and fun and love," she said.

The investigation is still ongoing, and more updates will be available on WFMYNews2.com as they are reported.

RELATED: There were more U.S. mass shootings in 2019 than days on the calendar 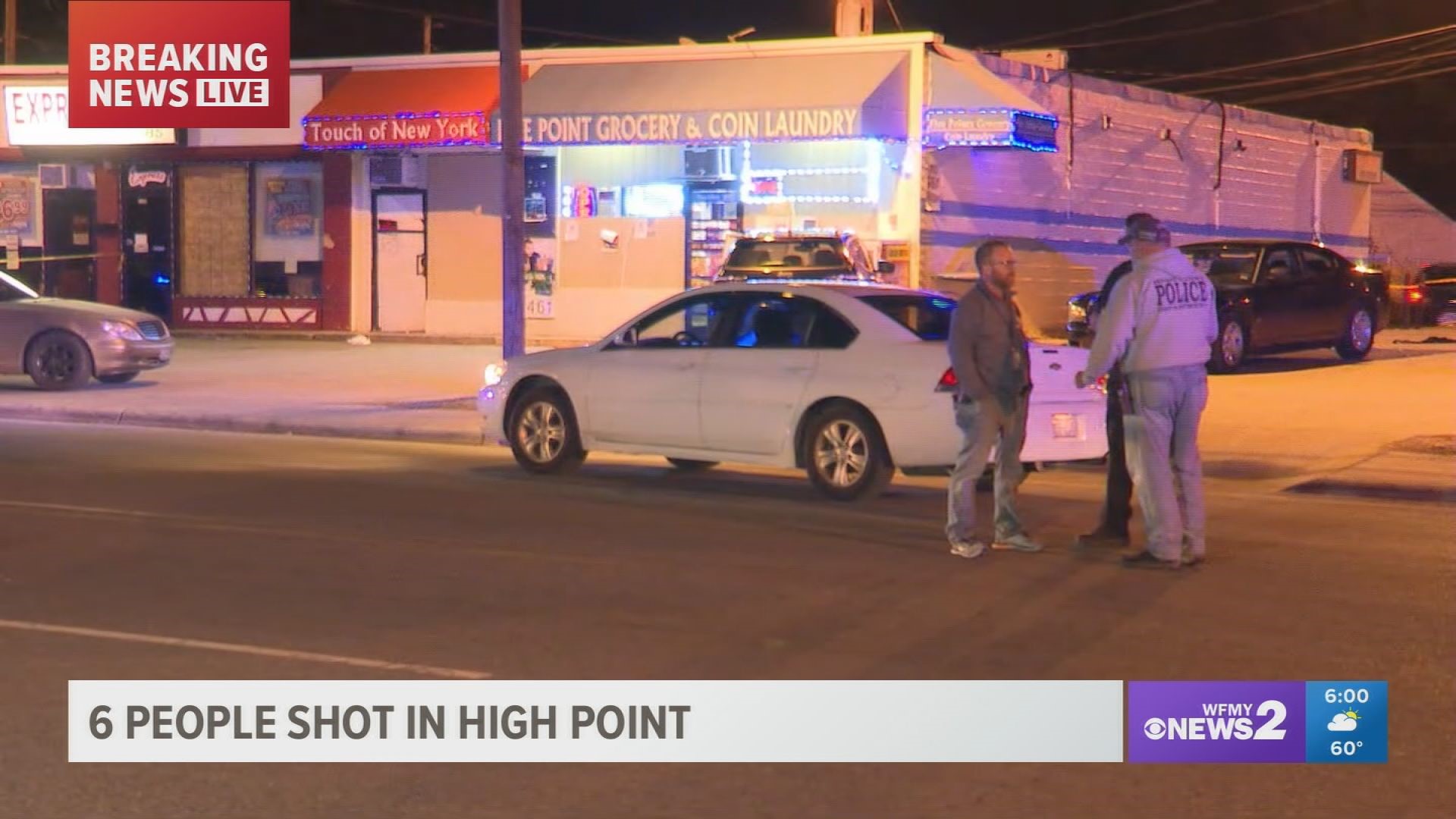